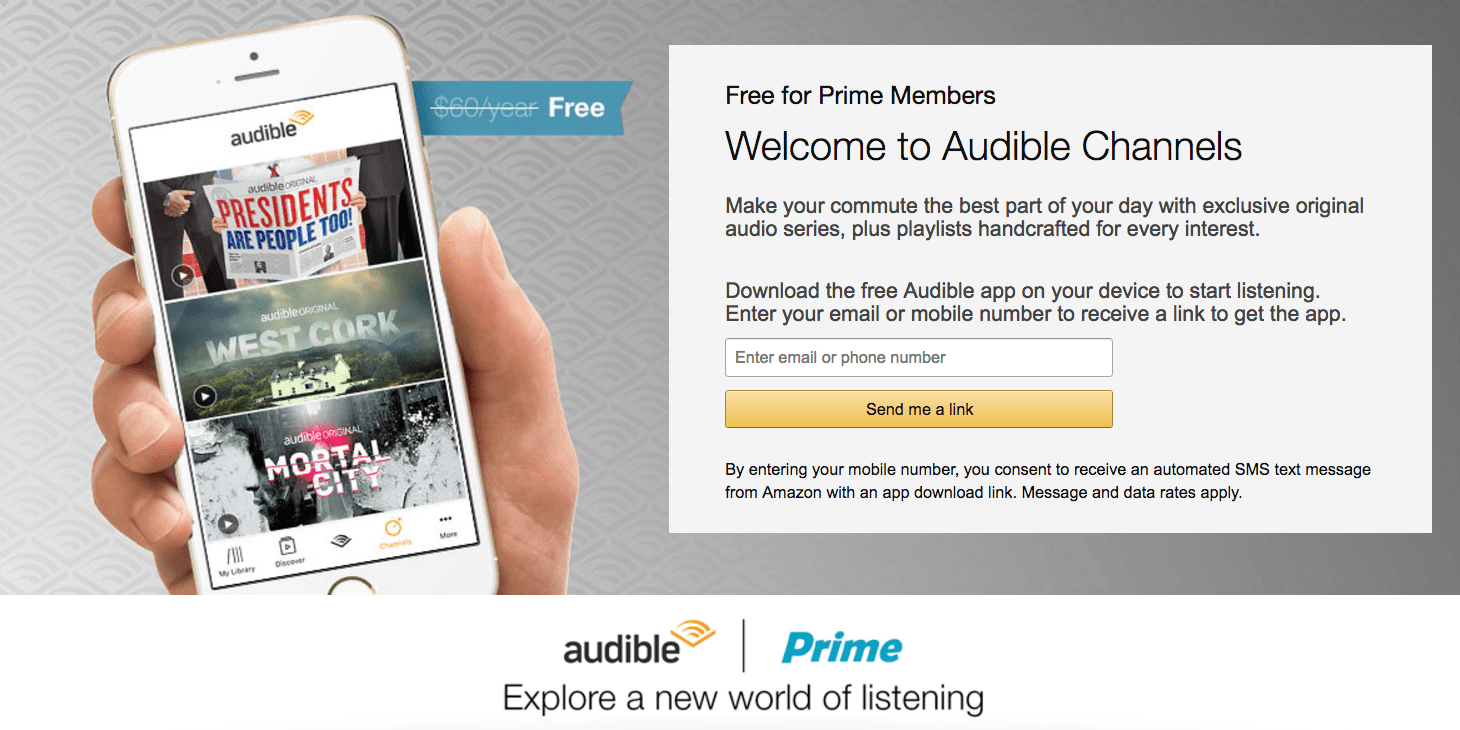 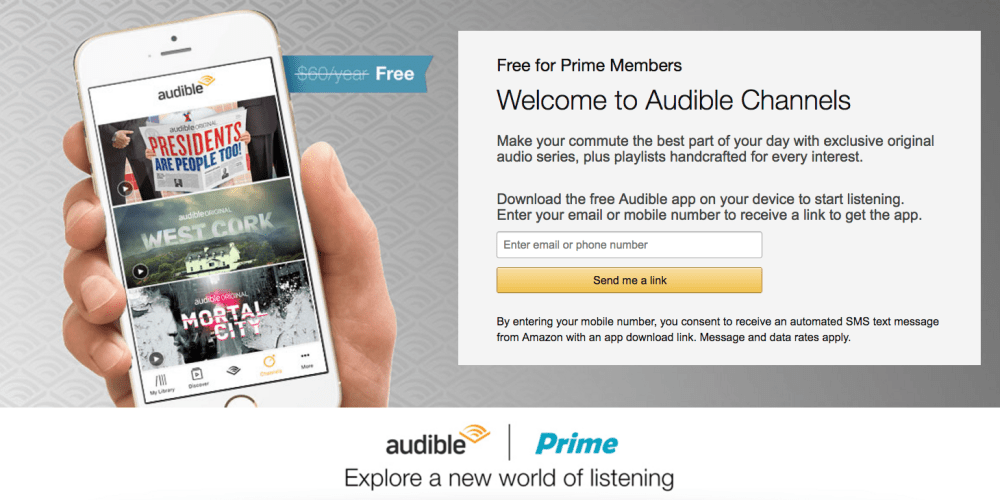 Amazon Prime just became an even better value. Starting today, Prime members will have access to short-form audio content and more than 50 rotating audiobooks each month through Audible Channels.

Audible Channels is like a library of premium podcasts covering a broad range of formats including “original programs, distinctive comedy, lectures, and audio editions of standout articles and news.” Content is pulled from top publications like The Wall Street Journal, The New York Times, Harvard Business Review and The Onion. There’s also a selection of “hand-selected” Audible Playlists spanning “essential stories of the day, meditation and commute-sized comedy to compilations on science, history, technology and more.” It’s a nice way to get into podcasts without having to do much legwork or discovery.

Prior to today’s announcement, Audible Channels was only available as part of Audible’s $15 per month membership or as a standalone service for $5 per month.

You’ll need to download the Audible app to tune into Audible Channels. It’s available for iOS, Android and Windows 10 devices. Not yet a Prime member? Start a free trial today to take advantage of Audible Channels in addition to free 2-day shipping on millions of products and a host of other benefits.

The lineup of ad-free programming includes:

Prime members will also discover the first episodes or previews of the following original programs, subsequent episodes of which they’ll be able to explore and enjoy for free in the coming months:

“The ultimate mission of Audible Channels is to invent new ways to unleash the power of well-composed and artfully spoken words,” said Don Katz, Audible founder and CEO. “As millions of people every year discover the joy and utility of quality listening, Audible Channels will be the place where superior short-form audio information and entertainment captures and conveys a compelling sense of the world for daily consumption in fast-twitch time. We’re thrilled to make this evolving listening innovation available to Prime members.”

Prime members will also be able to stream a rotating selection of more than 50 premium audiobooks, across nine Prime-exclusive channels, including: