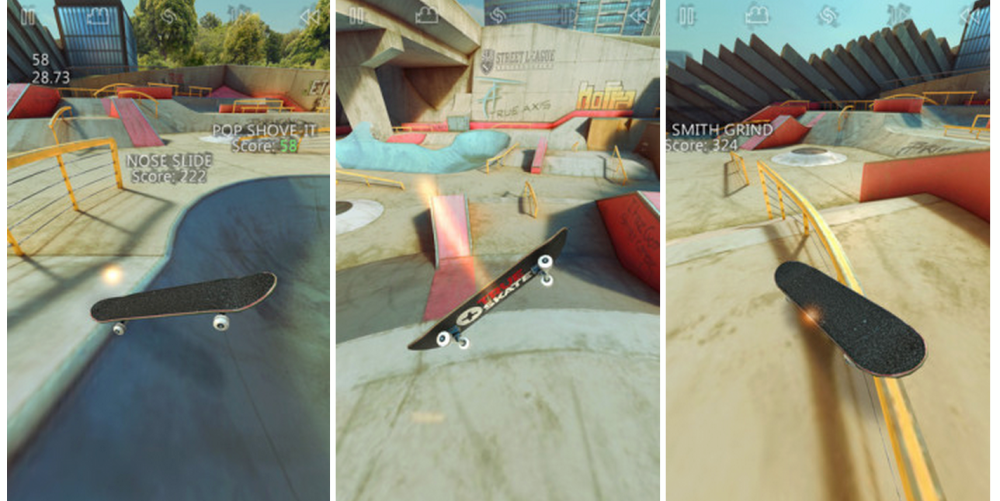 True Skate for iOS is now available for free once again. This highly-rated skate sim usually sells for around $2. It carries a 4+ star rating from over 10,000 gamers. This one tends to only go free for a few days, so be sure to grab it while you can.

Developer True Axis has added a few new skate parks, along with some general improvements in this month’s update. Head below for more details and some gameplay footage:

– Flick the board to make it react exactly how you would expect.

– Drag your finger on the ground to push.

– A beautiful skate park to get lost in including ledges, stairs, grind rails plus a bowl, half pipe and quarter pipes. (Additional skate parks are now available as an In-App Purchase)

Available by IN-APP PURCHASE only:

– Tinnell Memorial Skatepark, Lake Havasu, Arizona – Improved issues with buttons presses not being recognized on iOS 10 on far left of screen on some devices. – Performance optimizations. 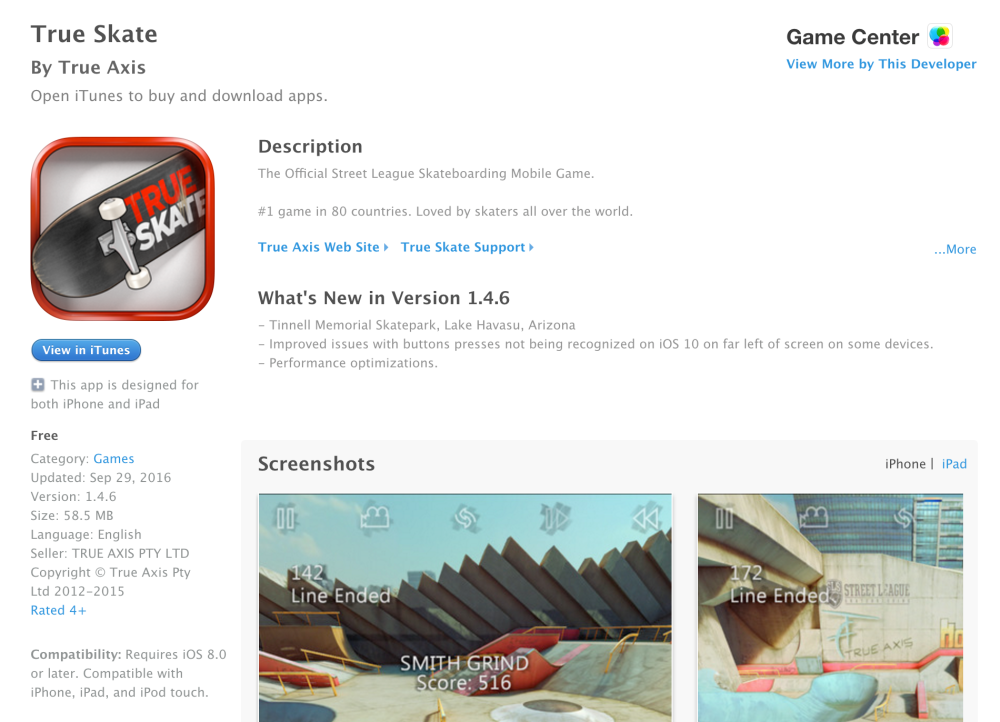