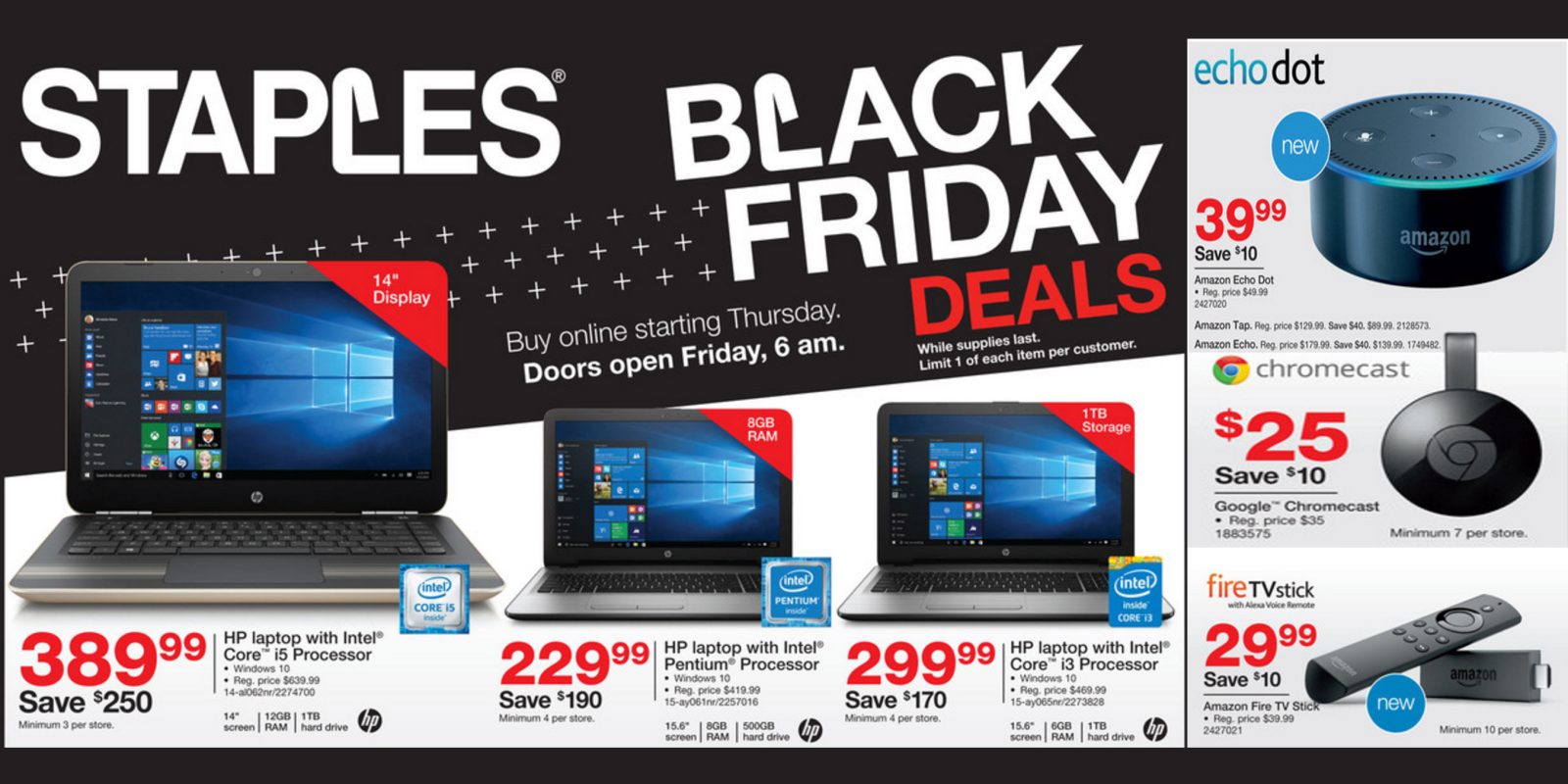 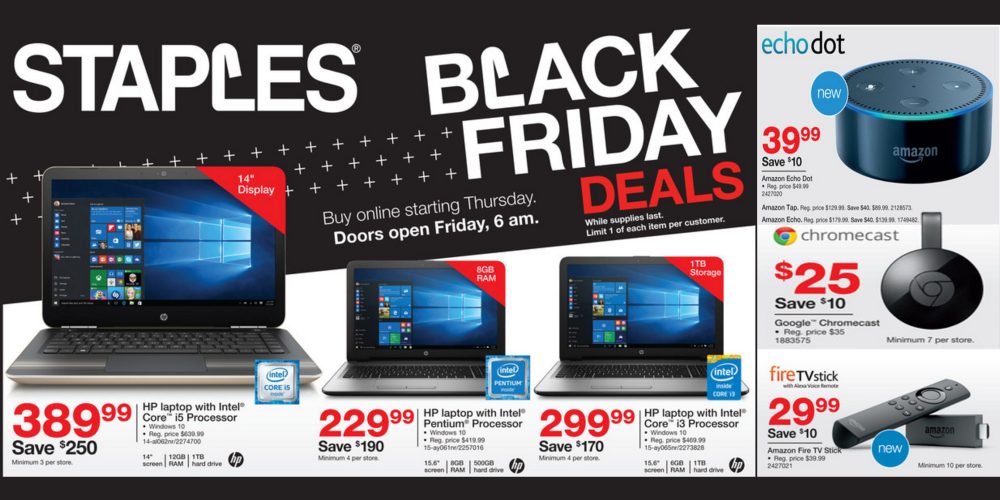 Following a solid week of Black Friday 2016 ad leaks, Sunday has kicked off with our first look at what Staples plans to offer on the biggest shopping weekend of the year. Deals will be available online throughout Thanksgiving Day with doors opening at retail locations on Friday morning at 6AM. Staples will offer next day in-store pick up for anyone that sneaks in a purchase between meals on Thursday.

There will be plenty of deals on Amazon devices, including Echo Dot and Fire TV/Tablet plus Mac accessories, gadgets and more. Hit the jump for a full look at the 15-page ad scan.

Headlining Staples’ Black Friday ad is the Amazon Echo Dot for $39.99 (Reg. $50). This is a match for the strongest offer that we’ve seen since it was released a few months ago. However, that deal required two Dots be purchased at a time. Amazon’s little speaker add-on provides access to Alexa and is one of our favorite gadgets this holiday season.

Streaming media players are bound to be a hit again this Black Friday. Staples will offer two notable deals in this product category including the 2nd generation Chromecast for $25 (Reg. $35) and Amazon’s Fire TV Stick at $29.99 (Reg. $40). Although we’ve yet to see Black Friday ads from Best Buy and others, it wouldn’t surprise us to see these offers available across multiple retailers this year.

Amazon’s 7-inch Fire Tablet will be discounted down to $33.33 (Reg. $49) during Black Friday, which is $6 less than the lowest price that we’ve seen direct from the online giant. This is bound to be very popular for parents looking at a low-cost option for kids. Amazon is also adding Alexa voice service in the coming months, making this an even more attractive buy.

Be sure to keep it locked to our Black Friday 2016 guide for all of the latest announcements, price drops and more. Follow us on Twitter and give our Facebook page a like to make sure you never miss out.