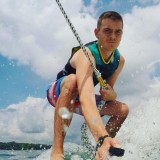 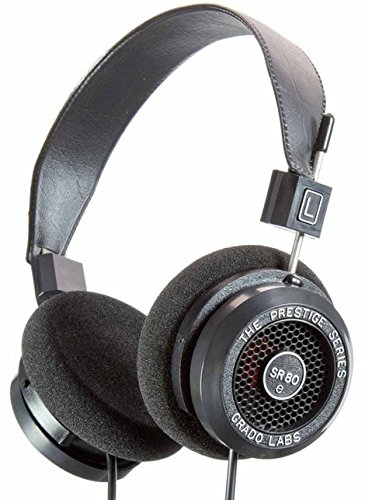 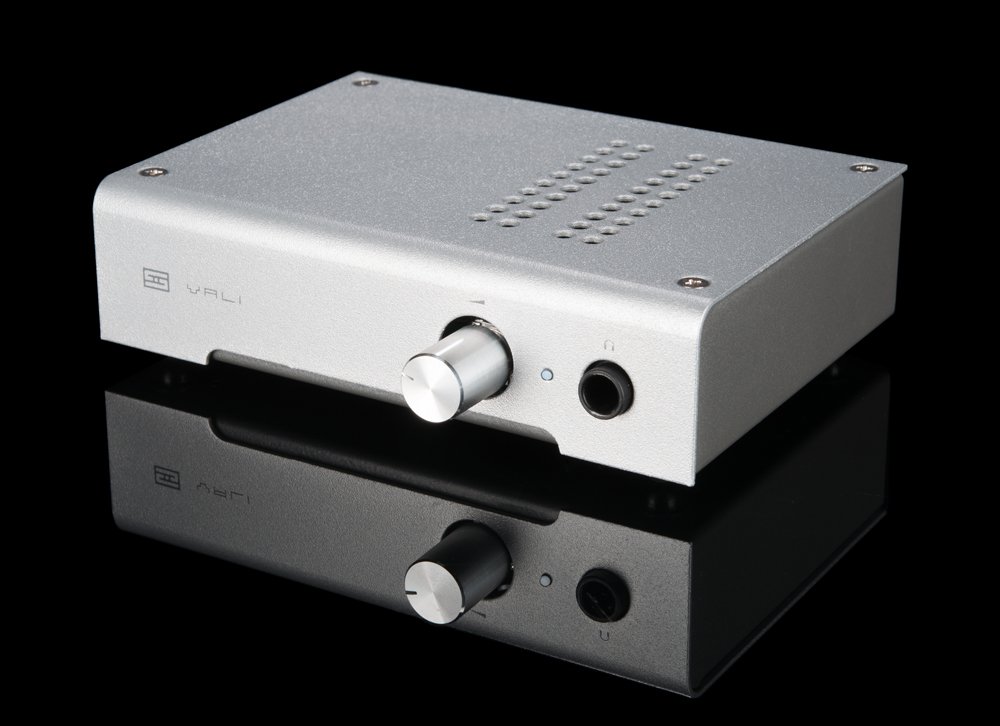 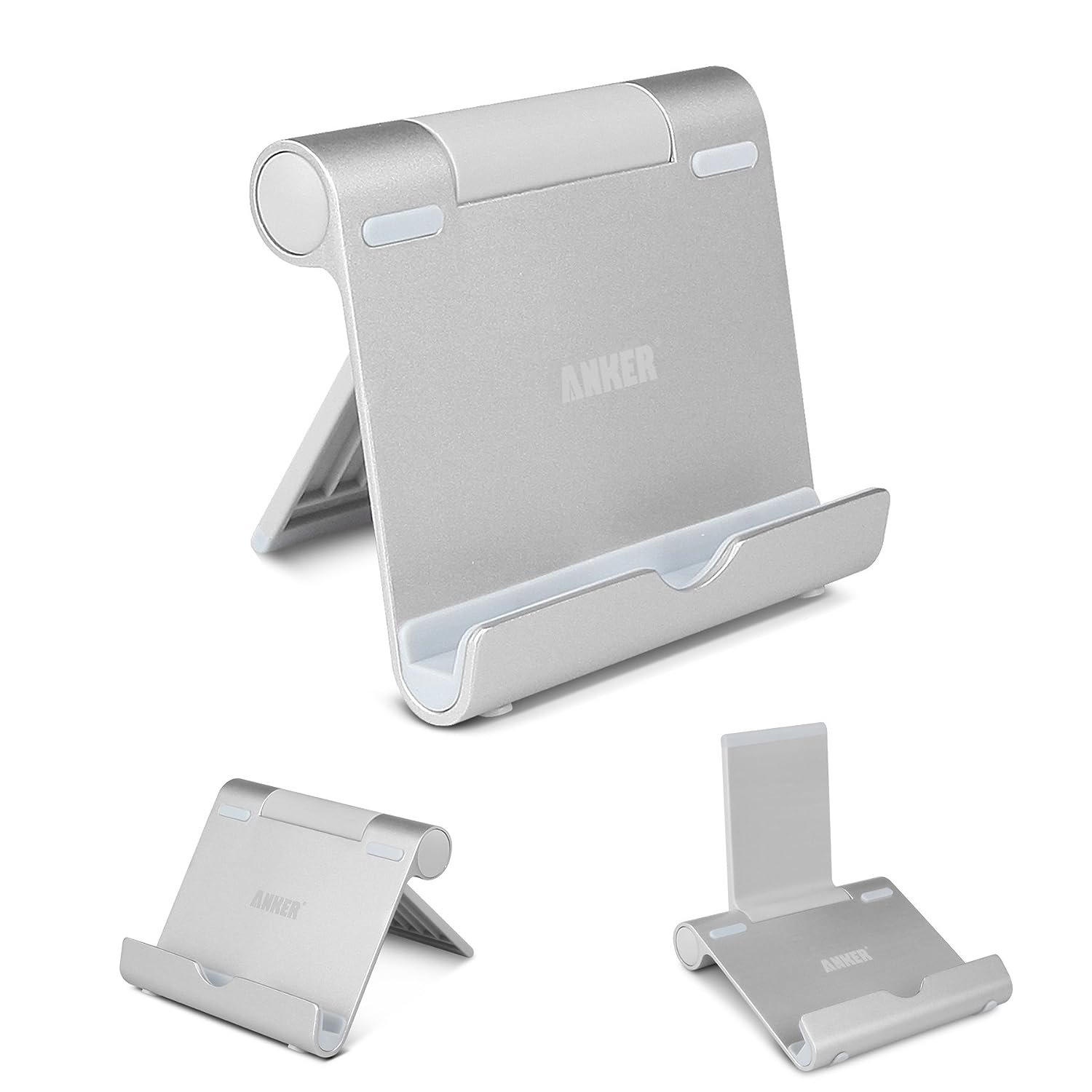 Amazon is discounting the latest microSD cards from Samsung by up to 20% with free shipping on orders over $25 or with a Prime membership. Our top pick is the EVO Select 256GB model at $39.99. It typically goes for $50 with today’s deal marking a new Amazon all-time low. This model is designed for 4K video with support for transfer speeds up to 100MB/s. It can also be used in tandem with various smartphones, Nintendo Switch consoles, and other cameras. It’s designed for rough and tumble activities, with a waterproof build. Ships with a stellar 10-year warranty for added peace of mind. Samsung’s lineup of microSD has excellent ratings across the board. You can check out additional capacities on sale here.

Spectrum-US via Amazon offers the RAVPower 20000mAh Solar Battery for $27.49 shipped when promo code KL2V3JHX is applied during checkout. That’s down 50% from the usual going rate and the best we’ve seen in recent months. This summer opt for a solar-packed battery and juice up your gear via the sun. You’ll be a 20000mAh battery here with 2.4A output, which is enough to power up your iPhone a few times over. Rated 4.4/5 stars.

Head below for more deals on LED light bulbs, and of course Electrek’s best EV buying and leasing deals. 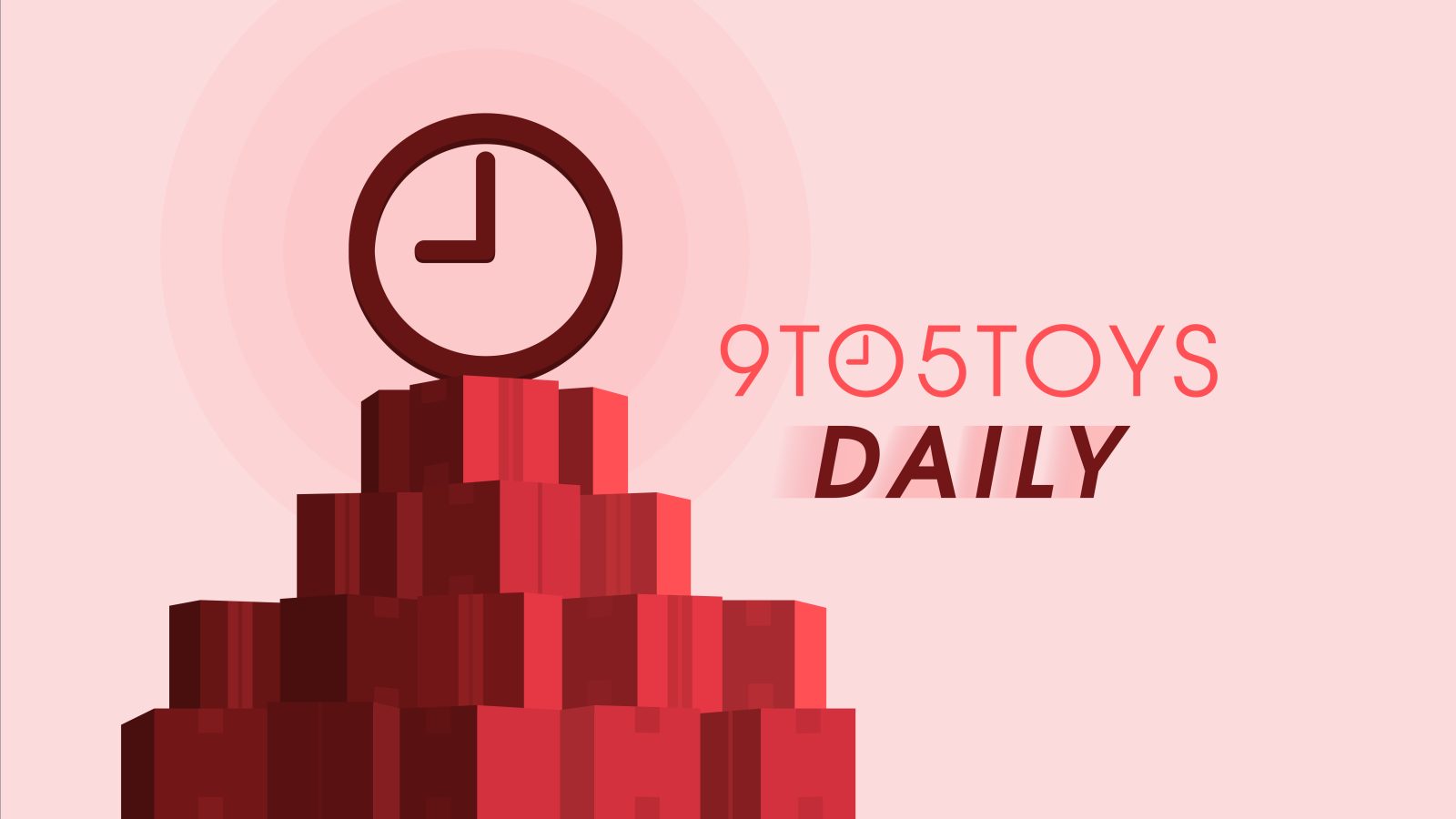 Listen to a recap of the best deals and news from 9to5Toys each day at noon. 9to5Toys Daily is available on iTunes and Apple Podcasts, Google Play or through our dedicated RSS feed.

END_OF_DOCUMENT_TOKEN_TO_BE_REPLACED

Have you had enough of those retro console re-releases yet? Well, buckle up, because Sega is celebrating its 60th anniversary with yet another retro remake. The at-times maligned Game Gear Micro is set to make a return this year. Perhaps best known for its failed attempt to overtake the iconic Game Boy from Nintendo, this handheld console from Sega is looking to make a splash the second time around. If you’re not familiar, this particular console fits its name, as it is truly micro, fitting in the palm of your hand. This 8-bit system is capable of running a number of notable titles, including Sonic the Hedgehog and more. We have full details, release notes, and pricing down below on the new Sega game Gear Micro.

END_OF_DOCUMENT_TOKEN_TO_BE_REPLACED 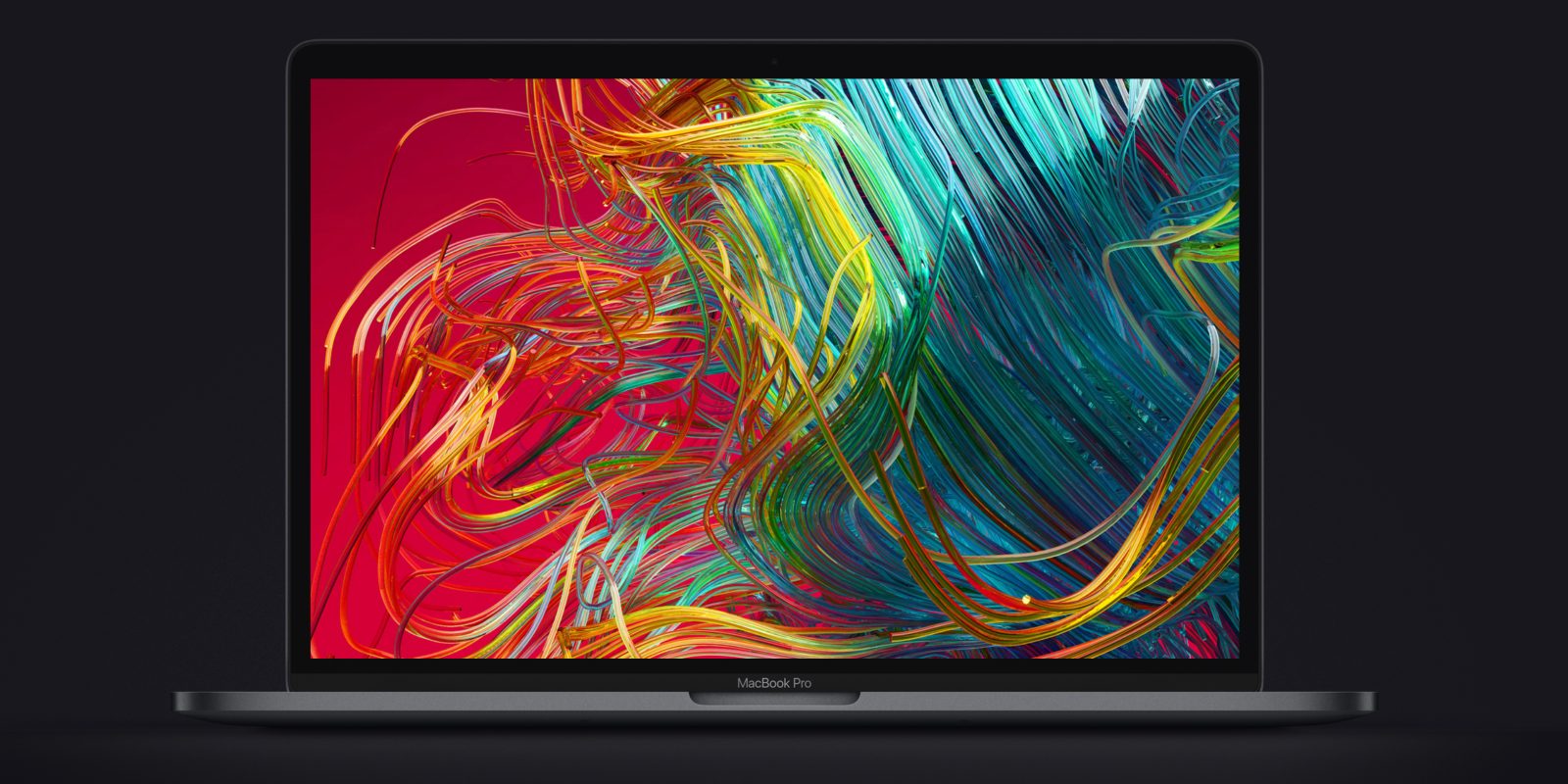 B&H is clearing out previous-generation 13-inch MacBook Pro inventory with up to $600 off various models. Free shipping is available for all. Our top pick is the upgraded 2.8GHz/16GB/1TB configuration at $2,099. That’s the full $600 off the original price and the best we’ve tracked to date. Apple’s 2019 MacBook Pro features a 13-inch Retina display that’s backed by a 2.8GHz Intel Core i7 quad-core processor and Intel Iris Plus Graphics 655. This model in particular sports 16GB worth of RAM and a 1TB solid-state drive. You’ll also find the usual Touch Bar and Touch ID features, alongside four Thunderbolt 3 ports. You can browse through the entire sale here for additional price drops and more.

END_OF_DOCUMENT_TOKEN_TO_BE_REPLACED

Trusted seller AntOnline via Amazon offers the Twelve South StayGo USB-C Hub for $82 shipped. That’s down $18 from the regular going rate and a $3 drop from our previous mention. This is the best price we’ve tracked to date. While there are plenty of USB-C hubs on the market today, this model from Twelve South departs with expansive I/O that connects multiple USB-A ports, HDMI, and ethernet, along with USB-C. The one-cable setup makes it ideal for desks and workspaces commonly connected to the latest MacBooks. It’s an ideal companion for connecting legacy devices that may not offer USB-C connectivity, like hard drives and printers. Rated 4.5/5 stars.

Drone spotted over the EEOB building in Washington yesterday

elago via Amazon offers its new Apple AirPods Pro Suit Case for $9.49 Prime shipped when the on-page promo code is clipped. That’s down from the usual $15 and the best price we’ve tracked all-time. The latest from elago recreates those popular robust carrying cases in a smaller form for your AirPods Pro. An integrated carabiner makes it easy to keep your case nearby, whether it’s on your backpack, purse, or carry-on. Not to mention, the silicone design will keep your case scratch-free. Rated 4/5 stars.

Best Buy’s Amazon storefront offers the Toshiba 43-inch 4K HDR Smart UHDTV with Fire OS for $249.99 shipped. Also available direct from Best Buy. That’s an $80 savings from the regular going rate, a match of our previous mention, and an Amazon all-time low. If you’re looking to upgrade your den or kid’s playroom, this TV will get the job done. Integrated Fire OS features make it easy to stream all of your favorite content. This model supports 4K resolution plus HDR content and has three HDMI inputs. It’s the #1 best-selling TV at Amazon where over 20,000 reviewers have left a 4.3/5 star rating.

All the latest Beats headphones on sale from $119: Powerbeats Pro $189, more 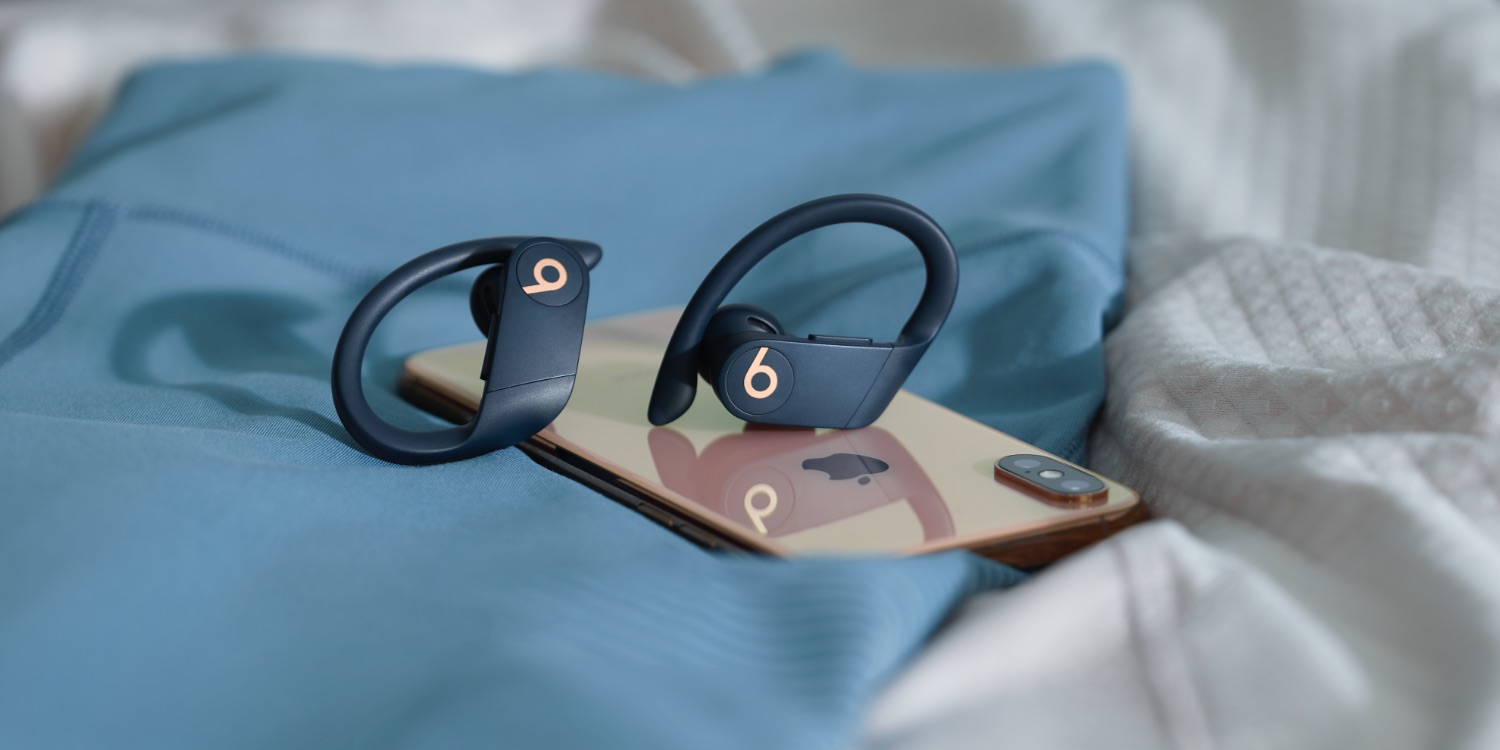 Verizon Wireless offers the new Beats Powerbeats Wireless Earphones for $118.97 shipped. Simply add two of these filler items to your cart to see your total drop by 30%. Today’s deal is just the second price drop we’ve seen from the usual $150 price tag since these headphones were announced. The refreshed Powerbeats wireless earbuds offer Apple’s new H1 chip with up to 15-hours of listening time on a single charge. You can also leverage Siri and more, all in one sleek package. We loved them in our hands-on review and Amazon customers largely agree so far. Hit the jump for additional deals on the latest from Beats.

END_OF_DOCUMENT_TOKEN_TO_BE_REPLACED

Should you buy a HomePod right now or wait for the HomePod mini?

Analyst suggests Apple sell sub-$250 Apple Watch to boost sales, even though it already does

Fire HD 10 tablets and accessories start at $10, today only

Today only, Woot offers Amazon Fire HD 10 tablets and accessories from $9.99. Free shipping is available for Prime members; otherwise, a $6 delivery fee will apply. Headlining today is the Fire HD 10 tablet in certified refurbished condition for $69.99. Originally $200, this previous-generation model has sold as a refurb around $80 when discounted. Fire HD 10 sports a 1080p 10-inch display, offers built-in Alexa capabilities, and 32GB of storage. If you’re not ready to shell out big bucks for the latest iPad, Amazon’s Fire HD 10 delivers a nice value proposition. Includes a 90-day warranty. Rated 4.1/5 stars. More below. 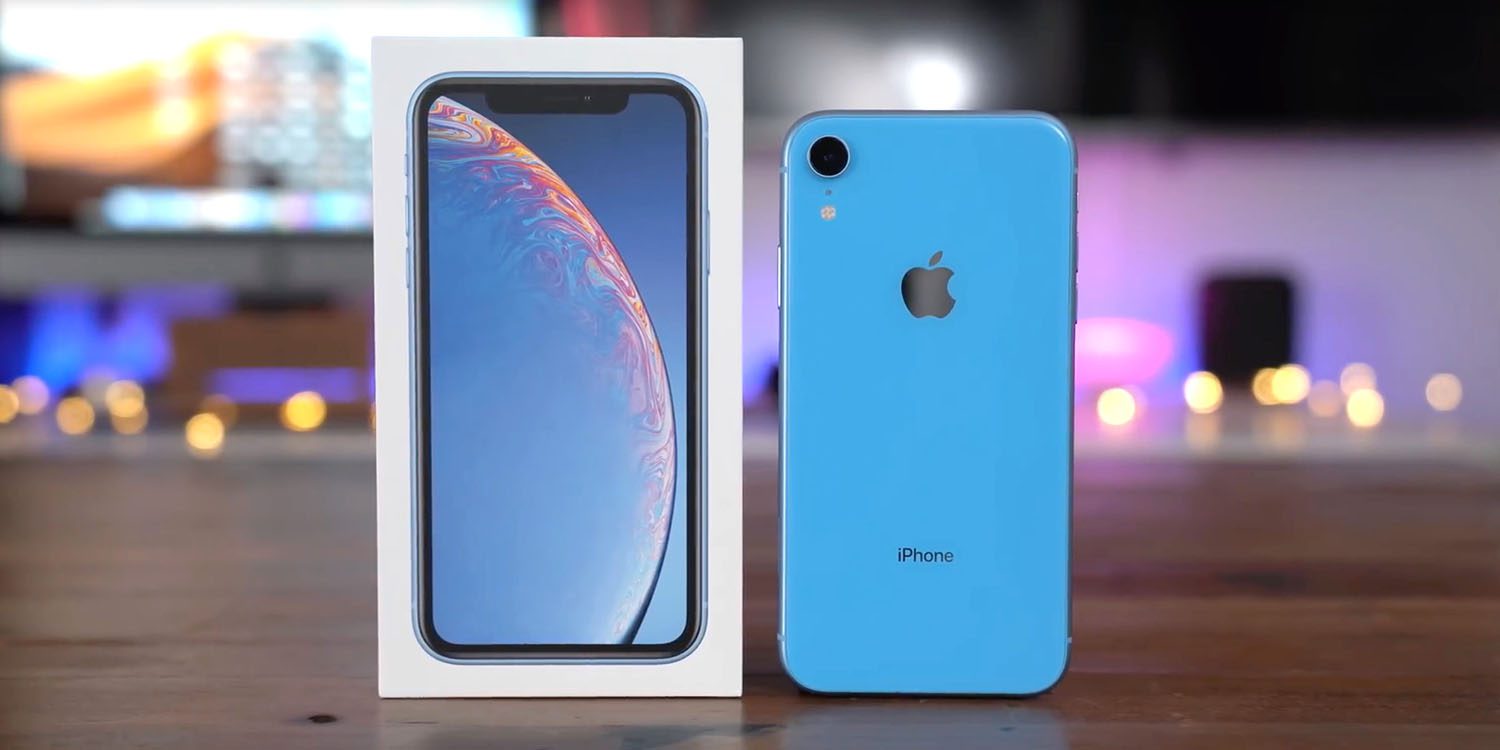 Today only, Woot is offering various iPhones starting at $94.99 in certified refurbished condition. Free shipping is available for Prime members; otherwise, a $6 delivery fee will apply. Headlining is Apple’s iPhone XR at $429.99. As a comparison, Apple charges $539 for a refurbished model and it originally sold for $649 or more. Note: today’s deal features iPhones locked to select carriers, more information can be found on each listing. Notable iPhone XR features include a 6.1-inch Liquid Retina display and water-resistance to 1-meter. You’ll find 12 and 7MP cameras here, along with support for FaceID and wireless charging. Includes a 90-day warranty. Hit the jump for additional deals from today’s sale.

END_OF_DOCUMENT_TOKEN_TO_BE_REPLACED

Get 11 award-winning Mac apps including Parallels, PDF Expert, more for $54 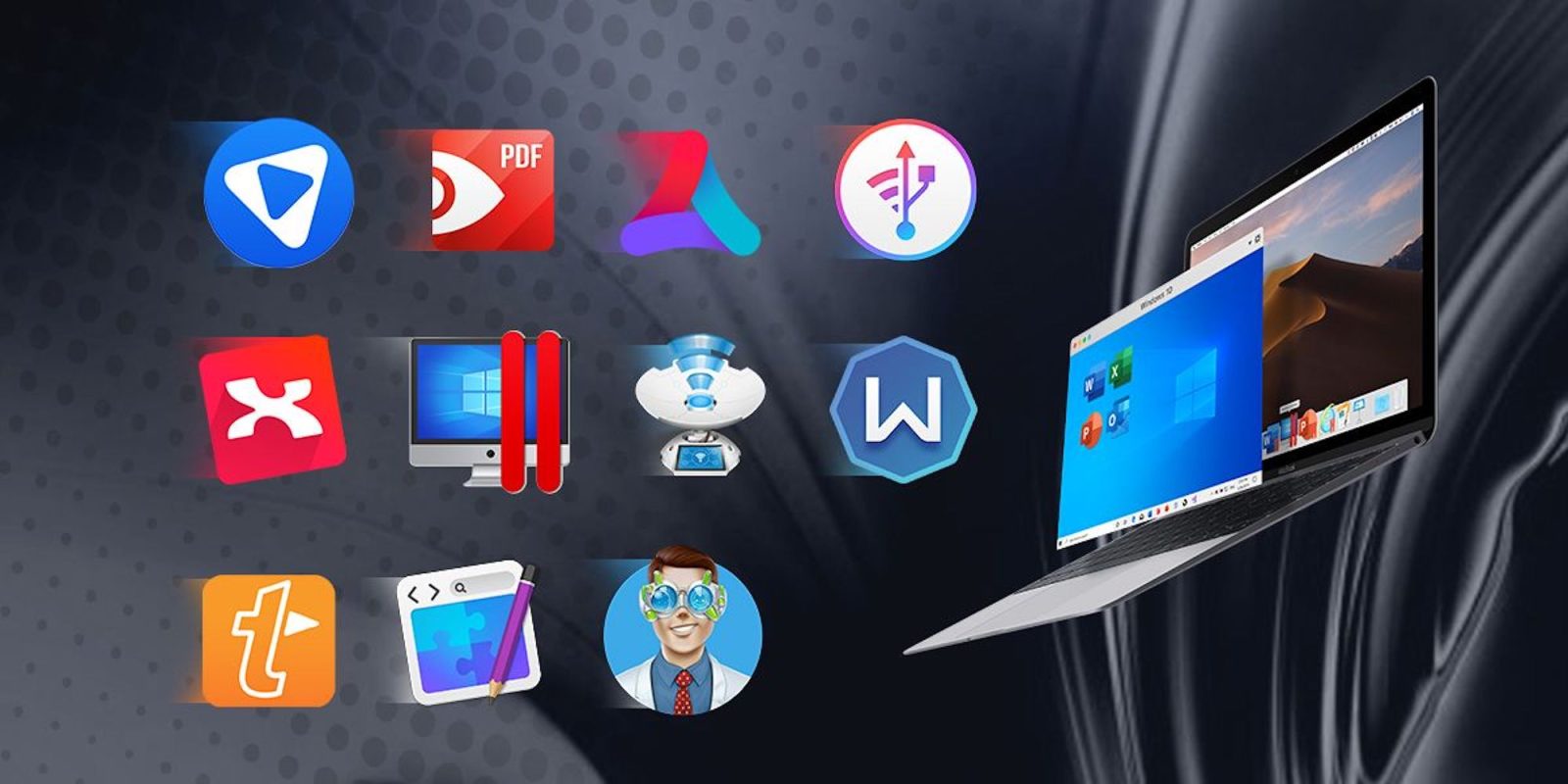 Shopping on the App Store can get pretty expensive. But with The Limited Edition Mac Bundle Ft. Parallels Desktop, you can get 11 outstanding apps for the price of one. This all-star team includes Parallels Desktop and other award-winners, and you can get it now for $54 with promo code “TOYS10” at 9to5Toys Specials.

END_OF_DOCUMENT_TOKEN_TO_BE_REPLACED

Rivian trademarks two new vehicles: What could they be?

Should plug-in hybrids be forced into EV mode in cities? Fiat tests the tech

BLACK+DECKER tools up to 30% off highlight this Amazon sale, deals from $49

Amazon is currently taking up to 30% off a selection of BLACK+DECKER tools with free shipping for all. Our top pick is the 20V Drill and Driver for $49. As a comparison, it originally sold for $99 but typically trends at upwards of $70 these days. This 20V drill is great for lightweight tasks around the house, particularly if you’re just building out a tool kit for the first time. You’ll receive a double-ended bit and the wall charger with purchase, as well, so you’ll be ready to rock right out of the box. Rated 4.5/5 stars. Hit the jump for all that and more.

HP is refreshing its popular Omen gaming lineup with new models today alongside a handful of accessories. All told, we’re on the receiving end of two new gaming portable laptop including the flagship Omen 15, which arrives with a 15.6-inch display that’s footprint has been trimmed down from its predecessor. There’s also a nice selection of budget-friendly gaming accessories included in today’s announcement, including HP’s first wireless headset. Priced with affordability in mind, HP’s latest add-ons start at just $29. Head below for full details on today’s announcement, pricing, and more.

END_OF_DOCUMENT_TOKEN_TO_BE_REPLACED

Home Depot is offering a wide selection of Makita outdoor tools on sale today, making it a great time to load up your arsenal and finally go electric. Free shipping is available for all. Most listings do not include a battery so be sure to account for that. Our top pick is the 22-inch 18V Cordless Electric hedge Trimmer for $109. That’s down 20% from the regular going rate. You can count on up to 1,350SPM cutting speeds, which should be enough to handle most jobs around the house. Rated 4.8/5 stars.

Head below for more deals on electric pressure washers, and of course Electrek’s best EV buying and leasing deals.

Listen to a recap of the best deals and news from 9to5Toys each day at noon. 9to5Toys Daily is available on iTunes and Apple Podcasts, Google Play or through our dedicated RSS feed.

END_OF_DOCUMENT_TOKEN_TO_BE_REPLACED 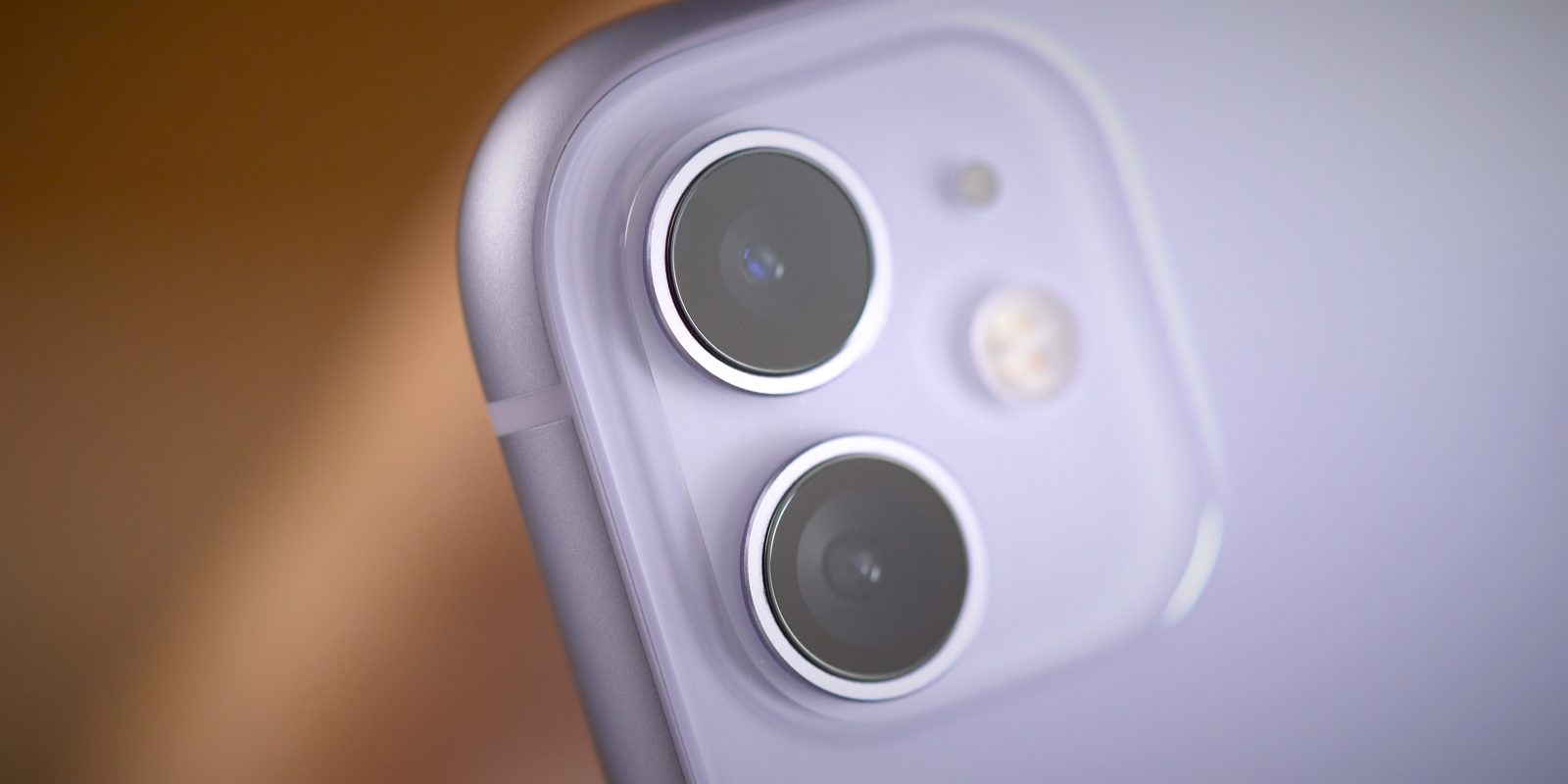 Sprint is offering Apple’s iPhone 11 for FREE when you trade-in an eligible device. Shipping is available at no cost or you can swing by your local store. Typically $699, we’ve previously seen this offer for around $5 per month in the past. You will need to sign-up for an 18-month commitment through Sprint’s Flex lease program. However, you can bounce out after 12-months with Sprint’s iPhone Forever offer. You can see the list of eligible trade-in devices on this landing page. iPhone 11 features a Liquid Retina HD display with a new dual-camera system designed to take some of the best smartphone pictures out there. Not to mention, it sports FaceID, support for wireless charging, and more.

END_OF_DOCUMENT_TOKEN_TO_BE_REPLACED

This week’s Special Buy at Home Depot offers essential outdoor tools and power equipment. Free shipping is available for all. Our top pick is the Beast 2000PSI Electric Pressure Washer for $169. Usually $225 at Home Depot, you’re saving at least $30 from other retailers with today’s deal marking the best we’ve seen in months. This summer you can ditch the gas and oil routine for this electric-powered alternative. You can count on 2000PSI of power, which will be enough to handle basic clean up around your property this spring. Ships with a spray nozzle, a wind-up hose, and more. Rated 4.8/5 stars. You’ll find even more deals down below.

Drone spotted over the EEOB building in Washington yesterday 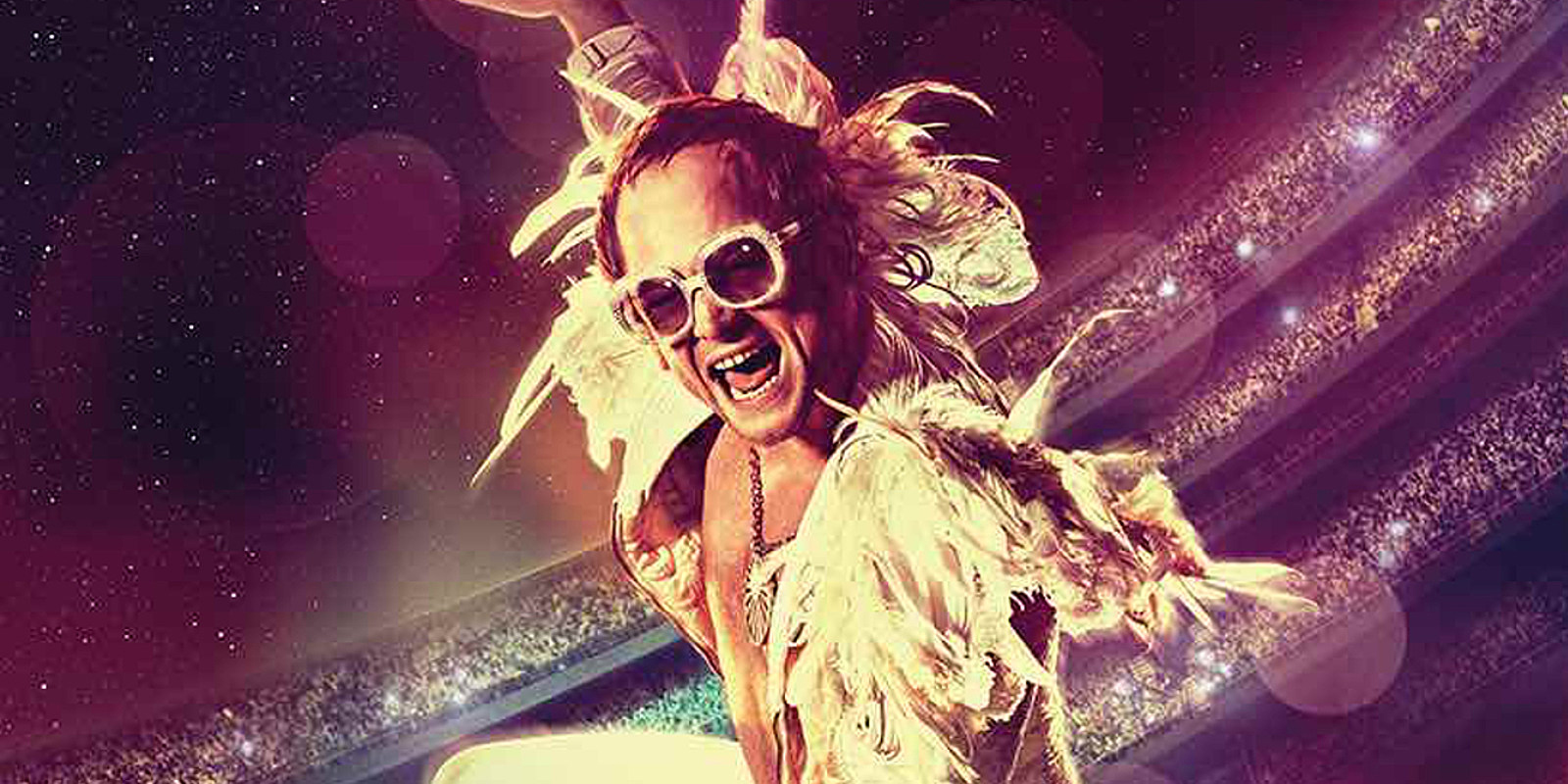 Apple is starting Tuesday with a new 4K movie with prices from $4. There’s also the usual $1 rental of the week alongside various other price drops. Hit the jump for all of our top picks and more.

END_OF_DOCUMENT_TOKEN_TO_BE_REPLACED

Today only, as part of its Gold Box Deals of the Day, Amazon is offering up to 65% off yard card essentials from Scotts, Miracle-Gro, and more. Free shipping is available on orders over $25 or with a Prime membership. Deals start at $4.39. Our top pick is the Blossom 7-zone Wi-Fi Smart Water Controller for $39. It typically sells for $70 with today’s deal marking a new Amazon all-time low. Features include smartphone and Alexa control, allowing you to automate and customize your sprinkler system based on the weather and energy-savings preferences. Offers support for seven zones and “installs in as little as 15-minutes.” Rated 3.8/5 stars. More below.