Amazon is discounting one-year Prime memberships down to $79 (Reg. $99) 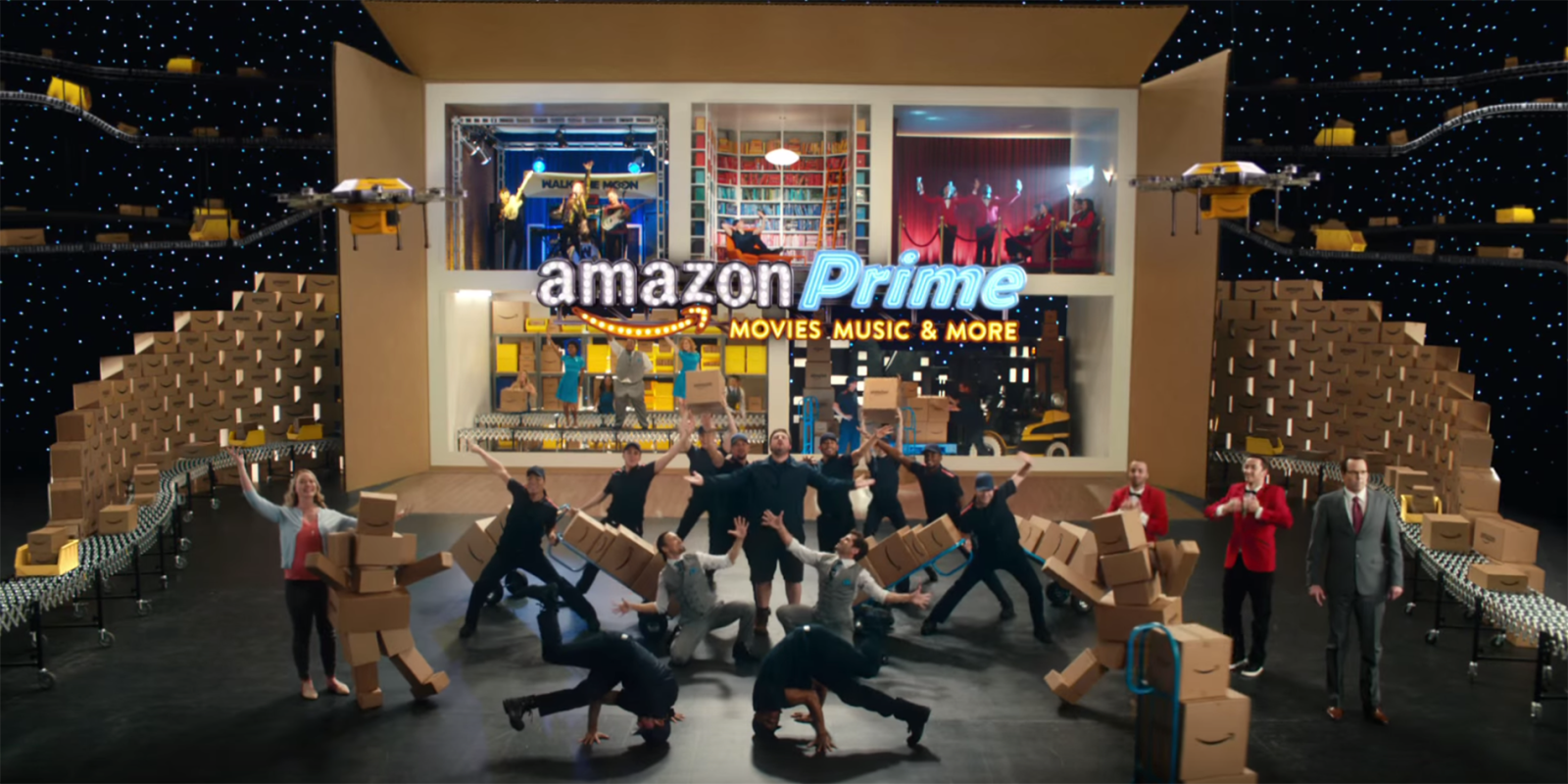 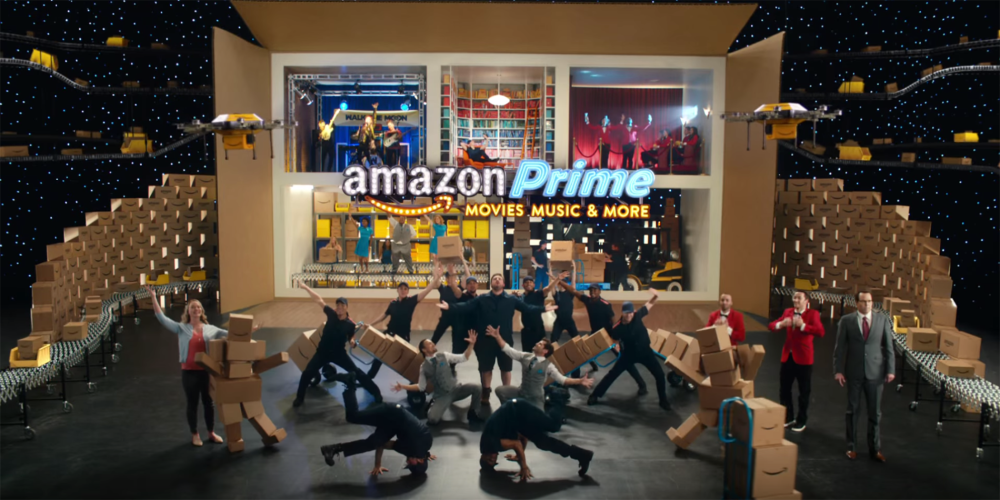 Amid a flurry of Black Friday preparations, Amazon has announced that it will be discounting one-year Prime memberships for new customers down to $79 on Friday at 12:00AM. That’s a rare 20% savings off the regular $99 price tag.

Today’s news comes just in-time for the holiday shopping season. Amazon is known to offer some of the hottest deals this time of year with exclusive offers for Prime members. Of course, new subscribers will be privy to a number of other perks including free two-day shipping, access to Prime Music and Photos, Instant Video plus its ever-expanding library of digital books and magazines.

To take advantage of this offer, you’ll want to bookmark Amazon’s special Prime landing page. According to the press release, the discount will be available from “starting Friday at 12:00AM ET and ending at 11:59PM PT.”

It’s been a busy few weeks for Amazon, highlighted by this morning’s Black Friday shopping list unveiling. Be sure to keep it locked to 9to5Toys (Twitter and Facebook) for all of the latest deals and news throughout the holiday shopping season. We’ll tweet back to this post on Friday when the offer officially goes live.

In anticipation of the launch of the Amazon Original Series The Grand Tour, Amazon is offering a limited time promotion—new members can sign up for Amazon Prime for just $79, a 20% savings on the first year’s annual membership fee. The first episode of The Grand Tour will premiere exclusively on Amazon Prime Video on Friday, November 18, and the one-day discount will be available starting Friday at 12:00am ET and ending at 11:59pm PT. New members can sign up for this limited-time Prime offer at www.amazon.com/thegrandtourprime. New episodes of The Grand Tour will be released weekly for 12 weeks. 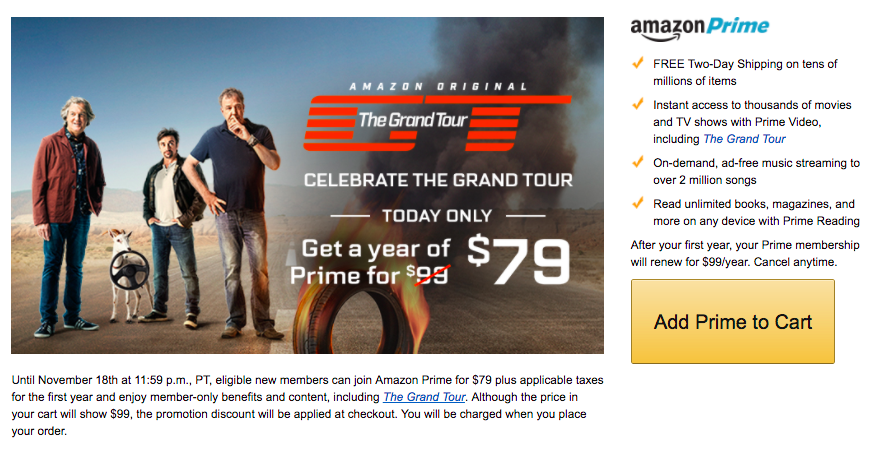