Secret of Mana is one of the most beloved RPGs of the SNES era, so when Square Enix put in on iOS, and then later added MFI controller support, it was great news for vintage action JRPG fans everywhere. Fortunately enough, Square has decided to put it on sale again for just $3.99, down from its usual $8. That’s matching the lowest price have ever tracks on the excellent iOS port.

As mentioned above, and as with many of these classic ports, Secret of Mana on iOS plays (much) better with an MFI gamepad.

Initially released in Japan in 1993, Secret of Mana took the world by storm with its innovative real-time battle system and gorgeously rendered world. It continues to stand out among other action RPGs for its seamless gameplay that anyone from beginner to veteran can enjoy.

One of the most memorable elements of the Mana series is the Ring Command menu system. With the single press of a button, a ring-shaped menu appears on the screen, where players can use items, change weapons, and do a variety of other actions without needing to switch screens. This Ring Command menu system for which the Mana series is so well known was first introduced in Secret of Mana and has since appeared in most games in the series.

Play as Randi and his two companions, Primm and Popoi, as they adventure all around the world. At the center of our epic story is the mystical power of Mana. Battle the empire in its quest for control of Mana. Befriend the eight elementals who wield the forces of nature itself. Numerous encounters await at every turn. 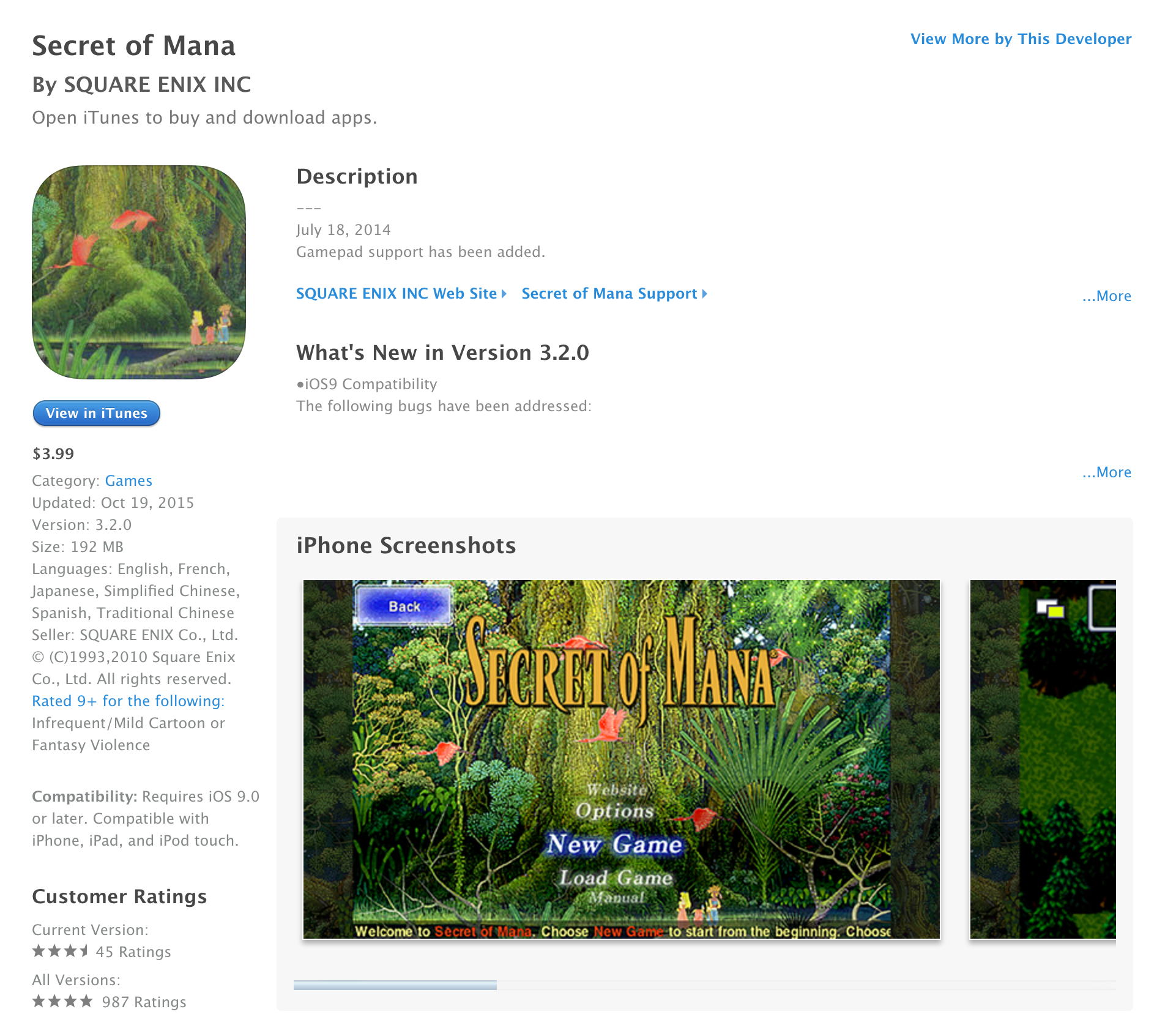