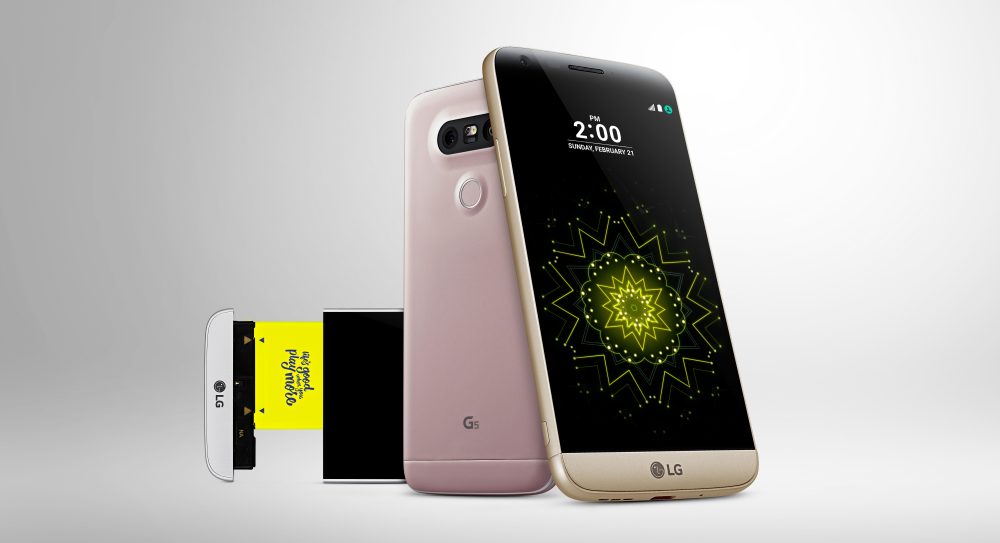 Qualitycellz (99.4% positive feedback from 120,00 buyers) via eBay offers the LG G5 32GB Android smartphone unlocked in gold or silver for $299.99 shipped. That’s $100 off the current going price, $350 less than retail, and $50 less than the previous all-time low. It has a 5.3-inch IPS Quantum Quad HD display, Android 6.0 Marshmallow, a 16-megapixel camera, and a mostly-metal modular design…

This device is unlocked, so it will work with most GSM carriers like AT&T, T-Mobile, and others. This particular model is an unlocked AT&T variant.

The LG G5 is a bold departure from the Korean company’s previous devices. While the LG G3 and LG G4 were plastic phones, the LG G5 sports a modular design that brings a metal unibody. LG is, however, leaving behind the modular design with the forthcoming LG G6.

Be sure to read our full review, in which we praised the phone for its stellar cameras. The phone is rated 3.6 out of 5 stars from 171 Amazon customers.

Get this deal
Reg. $400 $300
You’re reading 9to5Toys — experts digging up all the latest technology and lifestyle deals, day after day. Be sure to check out our homepage for all the latest news, and follow 9to5Toys on Twitter, Facebook, and LinkedIn to stay in the loop. Don’t know where to start? Check out the best Apple deals, our daily podcast, and subscribe to our YouTube channel