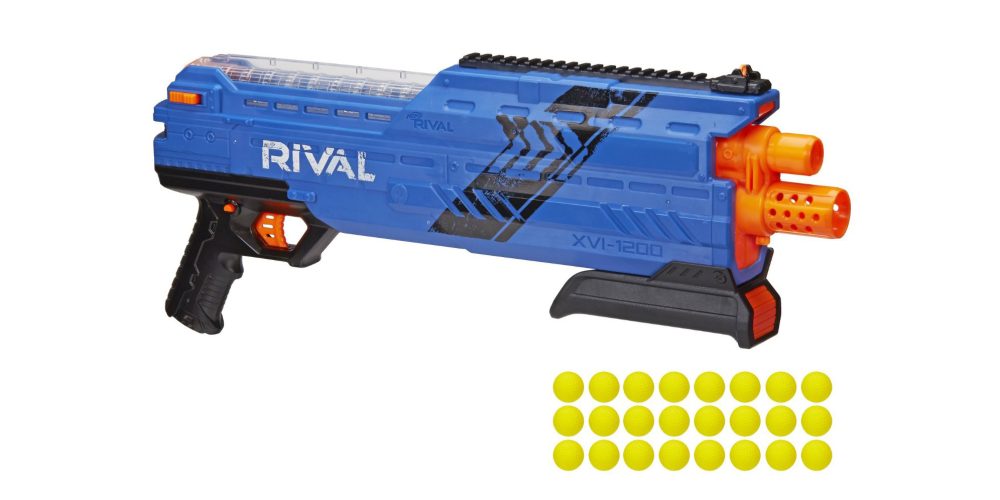 Experience intense head-to-head competition with the ultimate precision and power of Nerf Rival blasters! Choose a side and go into battle as the Red Team or the Blue Team. Experience the intensity of precision battling with the Nerf Rival Atlas XVI-1200 blaster. Unleash a double shot of high-impact rounds at a velocity of up to 80 fps (24 mps)! The Nerf Rival Atlas XVI-1200 blaster fires 2 rounds at once for a double-shot of high-intensity battling. Get ready for action by loading and priming the blaster. The magazine holds up to 12 high-impact rounds and slides securely into the blaster. Prime the blaster with the spring-action mechanism by sliding the pump handle backward and forward. Now go and battle! Choose a target, take aim, and pull the trigger to blast 2 rounds at a time with the powerful velocity and impressive accuracy of all Nerf Rival blasters. 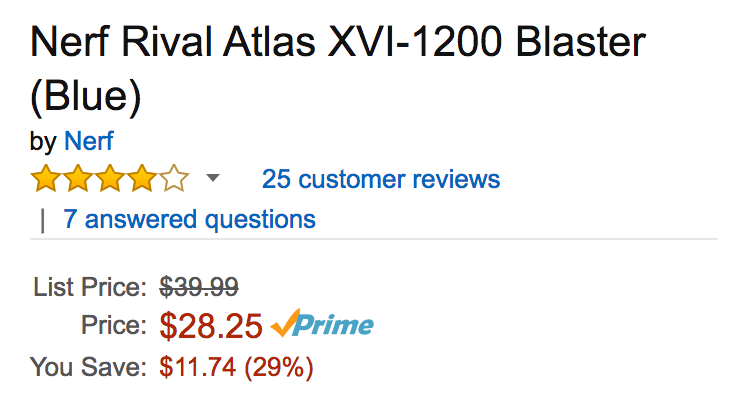