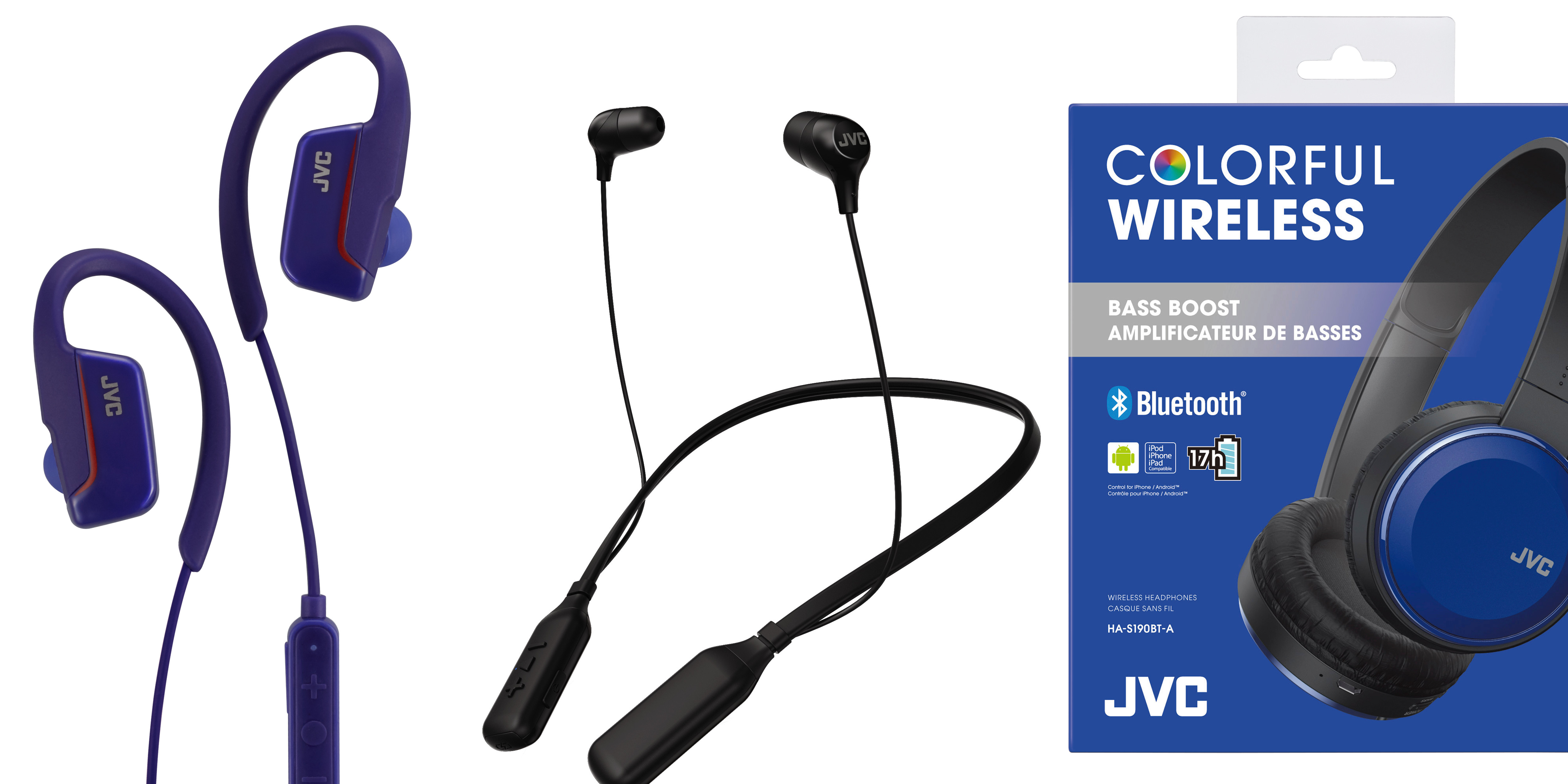 JVC is announcing a refresh to its lineup of headphones, along with some brand new offerings. We are getting neckband earbuds, Bluetooth in-ears, noise-cancelling over-ears and more.

We’ll start with the first Bluetooth-enabled option in JVC’s very affordable line of Marshmallow earbuds. The new Marshmallow HA-FX39BT earbuds feature a slender neckband design, unlike the much more intrusive design we saw with the LG TONE FREE wireless earbuds. Along with 5 color options, there is a built-in mic and remote with Smart Cable Adjustment to avoid messy situations.

Marshmallow HA-FX39BT earbuds carry a $49.95 listing. The previous generation model without Bluetooth ships for around $11 Prime shipped on Amazon and receives 4+ star ratings from hundreds. They can be a great option for anyone looking for a quick (or extra) brand name set for almost nothing, all things considered. Even JVC’s Gumy line of in-ears, which sell for $7 Prime shipped on Amazon, carry solid ratings for a budget set at 4+ stars.

Along with the Marshmallow neckband above, we are getting a pair of sports and workout-focused sets with new HA-ET50BT and the HA-EC30BT ear-clip models. The water-resistant, Bluetooth in-ears both feature magnetic end clasps so you can comfortably clip them around your neck when not in use. Which sounds like a nice alternative to the neckband option, while offering similar functionality. You can expect built-in mic and remotes here as well.

And lastly, we have the new HA-S90BN noise canceling Bluetooth headphones which are billed as JVC’s ultimate traveller headphones. We are getting a foldable-design, built-in mic/remote, three “sound modes”, detachable cord, carrying pouch and 20 hours of battery life. That’s with Bluetooth and noise cancellation enabled. The number raises significantly to around 24 hours with noise cancellation disabled (40 hours with both turned off).

JVC says all of the new cans are available today, but listings don’t appear to be live just yet.

We recently saw new headphone options from LG, along with the new V-Moda Crossfade 2 Wireless and Grado cocobolo wood GH2s. We also have a solid deal on the Powerbeats3 Wireless Headphones in all colors from $145 and even more right here.