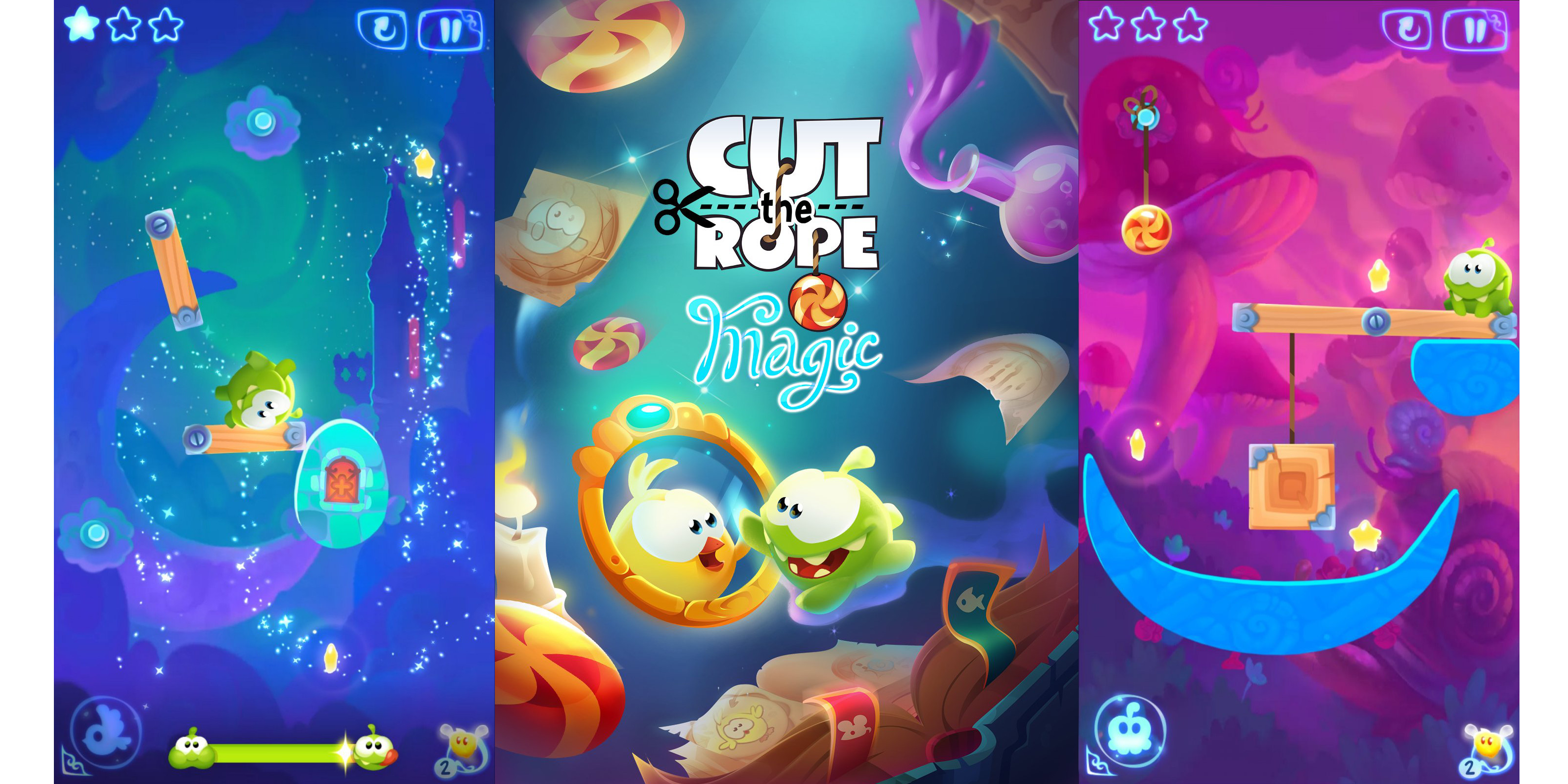 Cut the Rope: Magic for iOS is now available for free. This is the very first time this game has gone free since its release on the App Store back in December of 2015. Since then it has garnered a 4+ star rating from thousands.

Duet Display for iOS/Mac is still 50% off  and now the classic 90s military SF strategy game StarCraft is free to play on Mac. The ThinkInvisible iOS trivia game is free for first time in a year and Link Twin dropped to just $1.

ABRACADABRA! After more than 960 million downloads, the Cut the Rope series returns with a magical new sequel: Cut the Rope: Magic!

– Complex boss levels that will challenge your candy-crunching, rope-cutting skills

A magical mishap has accidentally teleported Om Nom to a mystical world filled with challenging puzzles for players of all ages. Can you use Om Nom’s new skills to solve an evil wizard’s tricks and traps? The latest installment of this globally popular entertainment franchise puts a fresh spin on Cut the Rope’s iconic physics-puzzle gameplay, introducing more than 160 all-new magic-themed levels across a richly imagined, colorful world.

– The Dragon Form summons a powerful sneeze that sends everything flying