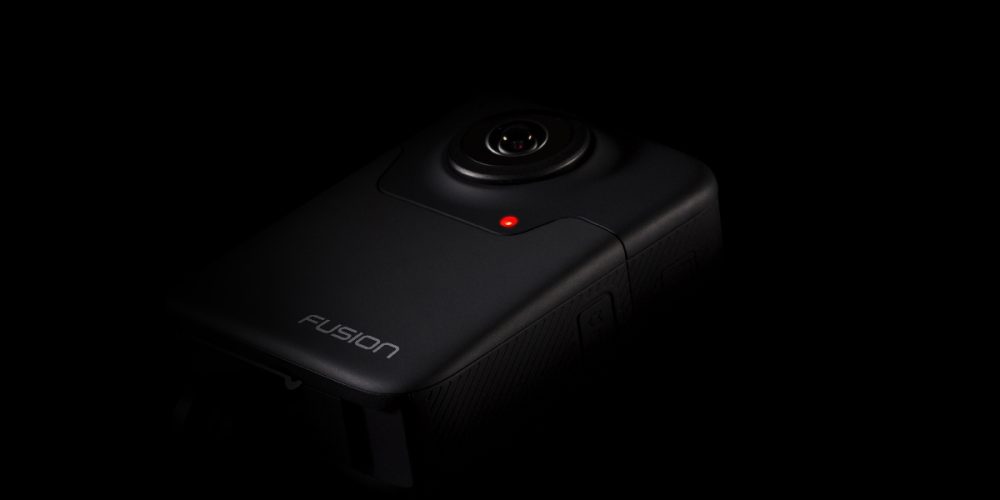 After sharing some minor details way back at CES 2016, GoPro is finally offering a clearer picture of its latest device called the Fusion. It is capable of capturing an impressive 5.2K resolution at 30 frames per second. For comparison, that squeezes past the new Samsung Gear 360, which tops out at 4K and 24fps. GoPro Fusion offers yet another product category for the action adventure brand to dive head first into. The question is, will it help GoPro rebound from a difficult first half of 2017?

GoPro has not labeled the Fusion as a 360-degree camera. In fact, it seems to go out of its way in the press release to avoid doing so. Instead, Fusion is said to be a combination of “six cameras in one”. The main focus here is to push GoPro into the ever-expanding world of virtual reality. But don’t expect the brand to jump in with both feet – the rollout of Fusion is going to be slow and calculated, with a limited commercial release “by the end of 2017.”

One interesting part of the puzzle, that still isn’t completely clear, is that GoPro Fusion will also be able to serve as a traditional 1080p/4K action camera. It sounds like creators will be able to grab a portion of the frame shot in 5.2K and convert it down to lower resolutions in 2D. The “OverCapture” feature, as its called, will likely be handled on the software end of things in GoPro’s post-product software studio or smartphone app.

There aren’t many details in the way of its design or physical features, save for the cloaked photo up above. One can only assume that it will ship with a variety of controls and perhaps a display on the backside. Although, as GoPro has proven in the past (see HERO Session), that’s not a given. We do, however, know that Fusion will be compatible with the full line-up of GoPro mounts and accessories.

Virtual Reality was always a long-term play for GoPro. If you take a moment to scan the industry, it looks like this is the direction that everyone is headed. Google has made a strong push in this category while Apple appears to be tinkering with potential solutions in the future.

Fusion will certainly be worth keeping an eye on throughout the rest of 2017. It’s been a rough year so far for GoPro, with its failed Karma launch and varying degrees of success with its latest HERO5 action camera. Perhaps Fusion will be just the device to jump-start its revenues in Q4. Final pricing has to be announced, but the official beta pilot program is now available for sign-ups. You’ll find more information here.

SAN MATEO, Calif., (April 20, 2017) – GoPro, Inc. (NASDAQ: GPRO) today announced a pilot program for GoPro Fusion, its 5.2K spherical camera designed to be the ultimate capture device for both fully immersive virtual reality content as well as conventional non-VR video and photo formats. Starting today, professional content creators can apply to participate in the pilot program which is expected to roll-out during the summer of 2017.

“Fusion is just that, the ability to capture every angle simultaneously…as though you had six GoPro cameras fused into one,” said GoPro founder and CEO, Nicholas Woodman. “Whether filming for VR or traditional fixed-perspective content, Fusion represents the state-of-the-art in versatile spherical capture.”

To get a glimpse of the possibilities of Fusion, visit the Inside Line to watch “Relive Reality,” an exclusive 360° video featuring JT Holmes, Jeb Corliss, and an African safari.

Fusion is compatible with a broad range of GoPro’s mounts and handheld accessories.

This summer, GoPro will be working closely with a selection of pilot partners – including brands, agencies and content professionals – to further refine the user experience and produce inspiring content that demonstrates the creative potential of Fusion.

GoPro plans a limited commercial release of Fusion by the end of 2017. Details on pricing and other specifics will be provided at launch.

Those interested in participating in the pilot program can apply now at www.GoPro.com/Fusion.