VIZIO is no stranger to the world of Google Cast, with the company offering multiple speakers and TVs with the functionality built-in. Now, VIZIO is back at it with a new soundbar that offers up Chromecast built-in for an affordable price, along with Google Assistant compatibility.

The new VIZIO SmartCast 36″ 5.1 Wireless Sound Bar System offers a wireless subwoofer and two satellite speakers alongside the soundbar, allowing for room filling immersive audio quality throughout the space. Of course, you can use these with any TV set, but the system also includes built-in support for the Chromecast ecosystem.

That addition opens up compatibility with hundreds of apps and services such as Google Play Music, Spotify, Pandora, iHeartRadio, Pocket Casts, and many more. Simply tap the cast button in the app on Android or iOS, and music can start playing on the system. Bluetooth is also included in case the app you’re using doesn’t support Cast. Some VIZIO soundbars in the past have had issues with Spotify casting, but with this new system, we’re hoping those issues have been ironed out. Even better, this system offers up compatibility, meaning you can cast audio directly from Assistant enabled devices such as Google Home.

Sales are open starting today on the 36″ 5.1 Wireless Sound Bar System for $249, but a 36″ 3.0 version is available for a more affordable $149. VIZIO’s other soundbars start at $79 but drop Chromecast built-in. Along with those options, VIZIO is also launching a new multi-room wireless speaker that packs Chromecast built-in for $199. It offers the same Google Assistant compatibility and offers up the same wide ecosystem as well.

With its built-in rechargeable battery offering up to six hours of battery life, the VIZIO SmartCast Crave Go Multi-Room Wireless Speaker is the perfect portable companion for on-the-go listening. The new form factor features a sleek metal speaker grill, rubberized back for an enhanced grip and built-in folding kickstand. The Crave Go includes custom-crafted drivers that produce crystal-clear sound up to 88dB with impressive bass as low as 75Hz. That dynamic audio is preserved by WiFi streaming which produces higher sound quality when compared to Bluetooth connectivity, and allows users to control their audio over a greater range. Plus, WiFi streaming won’t drain mobile device batteries or allow interruptions from texts, calls or notifications when streaming. Users with multiple VIZIO SmartCast speakers or sound bars can even enjoy the same song in unison, or play different songs in different rooms, thanks to multi-room streaming over WiFi. All users have to do is simply pair their Crave Go with the other VIZIO SmartCast speakers or sound bars connected to the home WiFi network. 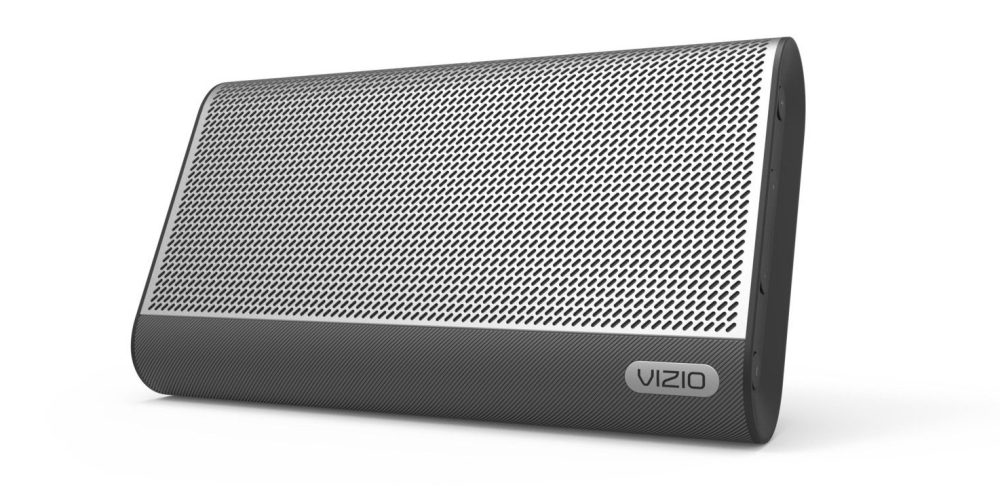