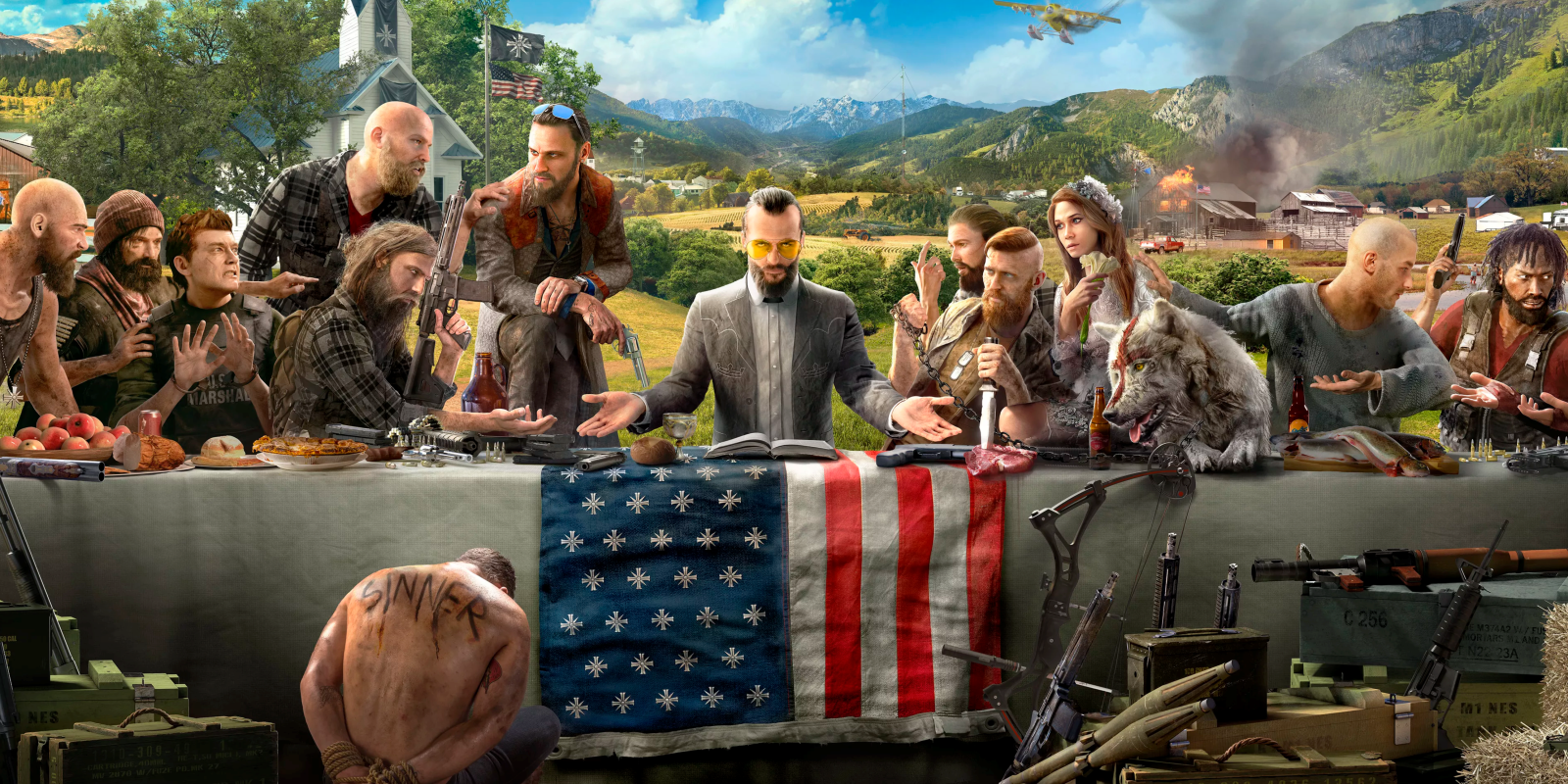 While Ubisoft may have given the Assassin’s Creed franchise a bit of a rest recently, it is still pumping out regular sequels for the popular Far Cry series. Following the success of last year’s Stone Age-set Far Cry Primal with its immersive world design and interesting animal taming mechanics, the publisher has now dropped the first major details on the brand new Far Cry 5. We have the setting, release date, screenshots, trailers and more…

Ubisoft is coming much closer to home with the latest entry. After taking us through the wild prehistoric landscapes of last year’s Primal, Far Cry 5 will be set right in our backyard. This is not the tropical islands or jungles of Africa found in previous games, but rather the gorgeous and much more familiar Montana countryside. A place called Hope County to be exact, and it looks amazing.

Following suit from previous entries, this year’s crazy bad guy is another cult leader of sorts. Far Cry 5 will pit players against a fanatical cult group known as Eden’s Gate led by the game’s main antagonist: Joseph. You play the new junior deputy of the fictional Hope County, and leader of a rag-tag group of resistance fighters, in the midst of a power struggle between the cult group and the powers that be. Some of your allies consist of pastor Jerome, Mary May (more on her below) and a pilot by the name of Nick Rye, all of which have been slighted in some way or other by Joseph and his followers.

Certainly a much more close to home experience, it will be interesting to see how Ubisoft treats the tone of the story considering we will likely be spending 20+ hours gunning down locals in an otherwise peaceful rural American town.

Judging by the official screenshots and new trailer Ubisoft dropped, we are getting another massive, and beautiful open-world to play around in. You can also expect all the typical vehicle fun as one of the screens clearly shows off a dogfight with some WWII-era fighter jets.

Here is the debut announcement trailer:

…the first details in the Surviving Hope County trailer:

…and the character profile video on barkeep Mary May:

The new Far Cry 5 will be releasing for PlayStation 4, Xbox One and Windows PC on February 17th, 2018. It is already up for pre-order with the Prime discount: $47.99 shipped.

Far Cry Primal goes for around $30 on Amazon right now and you can ride elephants in 2015’s Far Cry 4 for just over $20 Prime shipped.