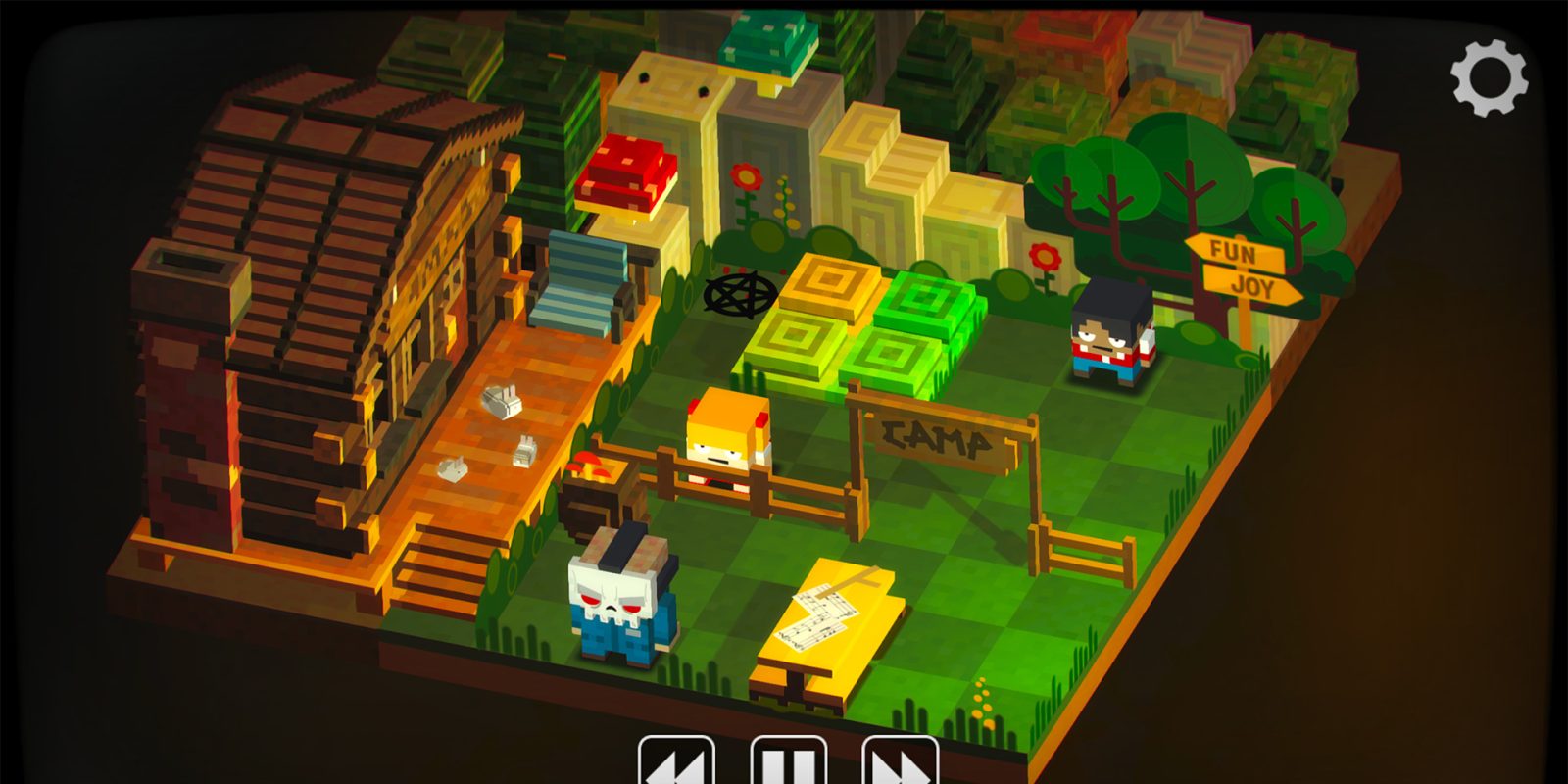 Slayaway Camp is getting its very first price drop on the App Store. Regularly $3, you can now grab it for just $1.99 for all your iOS devices. Think Jason Voorhees going after innocent campers in a blocky Minecraft-style world. Rated 4+ stars from over 600 gamers.

From the twisted mind behind Bejeweled and Peggle (and some other guys) comes a diabolical puzzle game that also happens to be a bloody tribute to the VHS era of videotape horror! No one is safe… no law enforcement enforces the law enough… and no animals or children are harmed… in the summer horror hit of 1984.

• Unlock multiple psycho killers, including ones based on cult horror movies such as “American Mary” 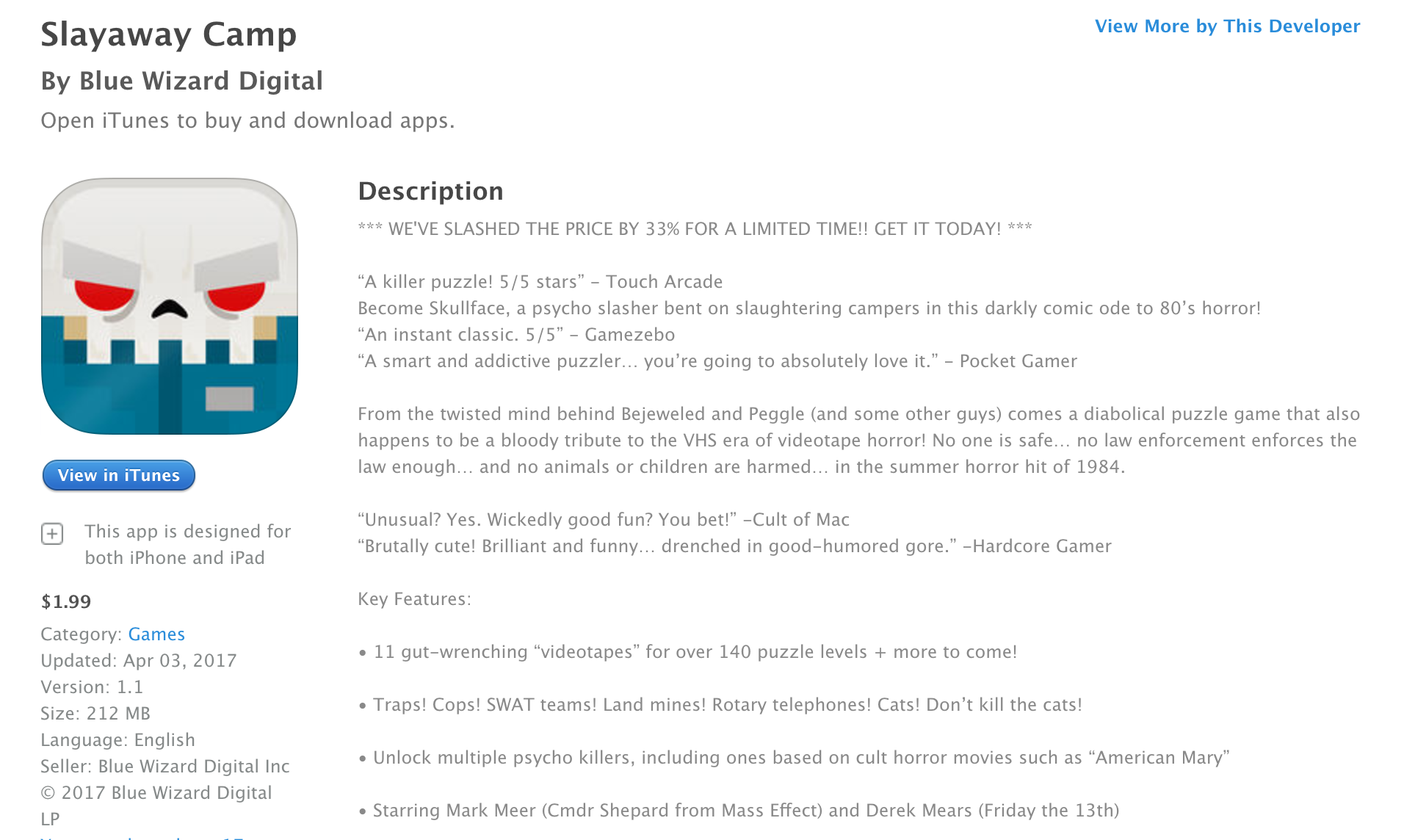