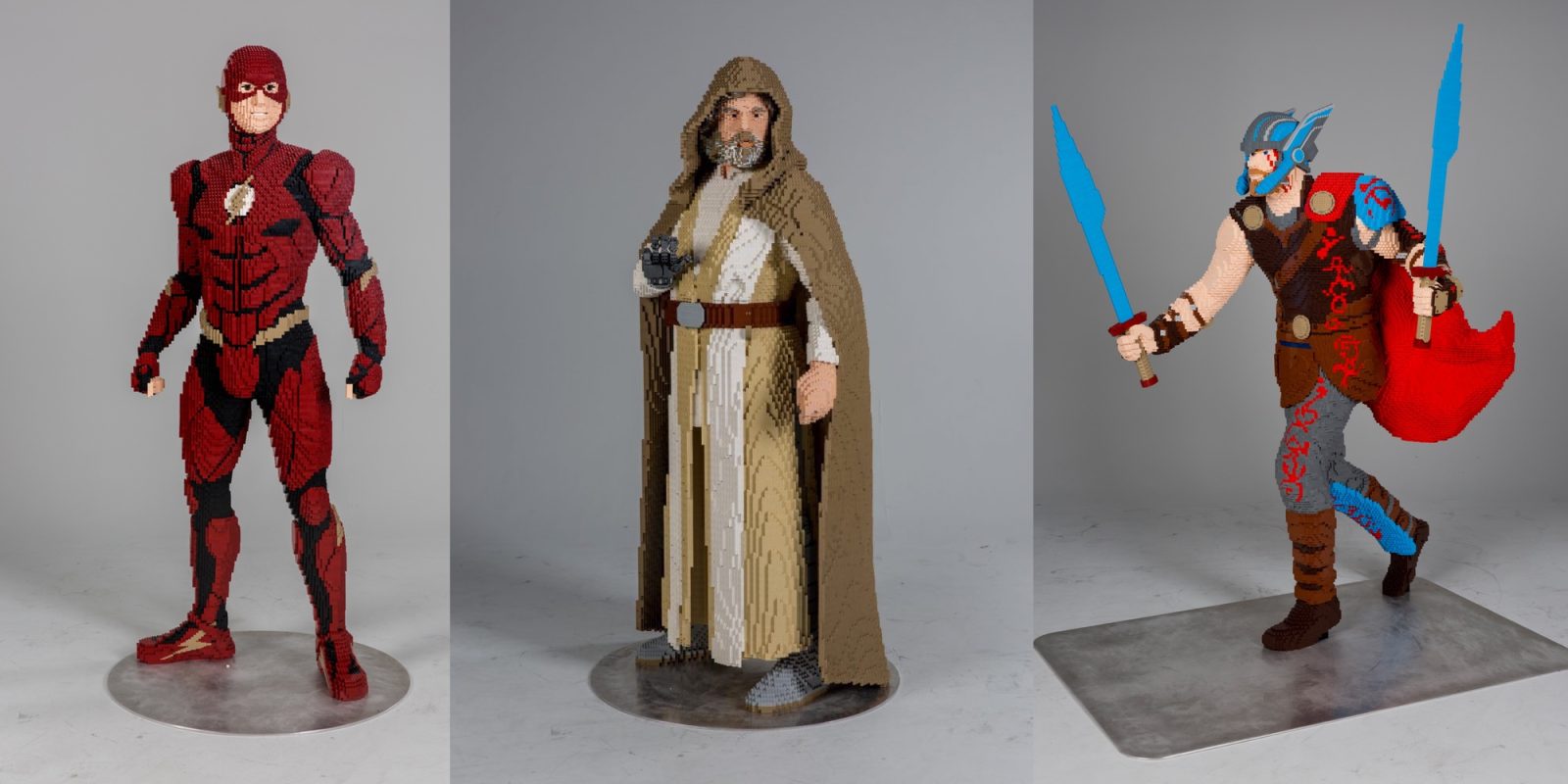 We’ve certainly seen some impressive LEGO builds lately, like this LEGO Statue of Liberty. Now, LEGO is bringing a few life-sized characters to its booth at San Diego Comic-Con today through Sunday. The top three that were revealed are Justice League‘s Flash, Luke Skywalker from Star Wars: The Last Jedi and Thor depicted from the upcoming Marvel film. All three builds will be on display alongside new and upcoming sets and are sure to impress convention goers.

It took over 60 hours of design work for the Justice League Flash build. The LEGO designers started off with a scan of the actor in his suit, and then entered the measurements into a 3D software to create a model to work with. Once the model was complete they changed it into different poses that might work for the build. After DC selected a pose they were happy with, the designers moved the model to the Lego Brick Building software to get a rough design. The final model, including its platform and internal steel armature, weighs about 150 pounds. It took the team of two builders two-and-a-half weeks to complete.

Technically, the LEGO Luke Skywalker is larger than life. The build, complete with robotic hand, stands over 6-feet while Mark Hamill tops out at 5-foot 9-inches. LEGO Master Builders spent 277 hours designing and assembling this statue using a massive 36,743 bricks in the process. The Luke Skywalker build is actually based on his appearance at the tail end of Star Wars: The Force Awakens. There was new footage from The Last Jedi at last weekend’s D23 Expo in California. Before that, the first trailer debuted at the Star Wars Celebration convention in Florida. However, no Star Wars panel is planned for San Diego Comic-Con.

The LEGO Thor is the tallest of the three builds and stands upwards of 7-feet and is made of 33,495 bricks. The model shows Thor in the “gladiatorial armor” he will wear as part of the cosmic games in the new film that hits theaters November 3rd. The build was the result of 290 hours of work and will be on display with the other figures populating the LEGO booth at Comic-Con, which runs Thursday through Sunday.

Also, the LEGO booth will be promoting the upcoming LEGO Ninjago Movie, with the debut of a number of new building kits based on the film ahead of its release.