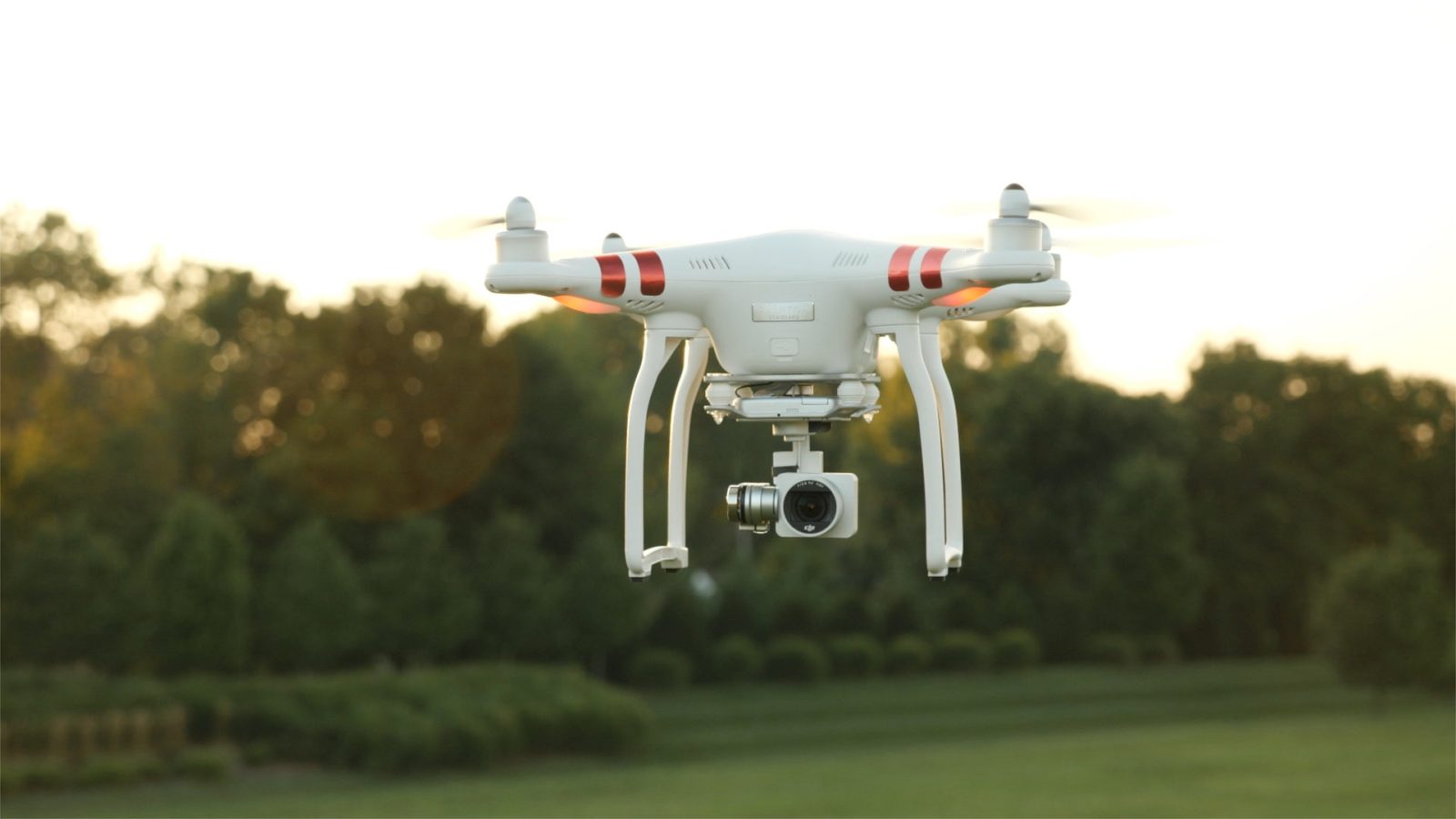 The DJI Phantom 3 Standard doesn’t feature the ease of use of the Spark, the portability of the Mavic Pro, or the professional level features of the DJI Phantom 4 Pro, but it provides a stellar bang for the buck at refurb pricing.

This drone is especially nice for those who may just be starting out, as am I. After mostly-avoiding the quadcopter craze over the past few years, the DJI Phantom 3 Standard is my first real experience with a drone; now that I’ve tried it I have to admit I’m hooked.

The DJI Phantom 3 Standard isn’t particularly attractive — it doesn’t feature the sleek portability of the Mavic Pro, or the small, friendly stature of the Spark — yet, with its feature-set, which includes a 2.7K image sensor for greater than 1080p video capture, it’s an outstanding value that can be had for south of $350 as a refurb unit.

Keep in mind that I’m a true drone novice. The only other “drone” that I’ve flown in the past was one of those toy indoor units that you find on Amazon for less than $20 bucks. Hence, I had no real drone-flying experience going into my hands-on time with the Phantom 3, and even then I was up and running in just a matter of minutes.

Living in the city, the most difficult thing was finding a place where I could fly, but once I did, it was smooth sailing from there. My Phantom 3 Standard refurb unit came with everything necessary to get started, including the drone itself, propellers, a battery, and the controller.

DJI provides users with a very simple-to-use initial setup checklist that walks you through all of the basics involving installing the props, charging the battery, etc. Once all of that was set up, with the DJI Go app installed on my smartphone, I was ready to fly. 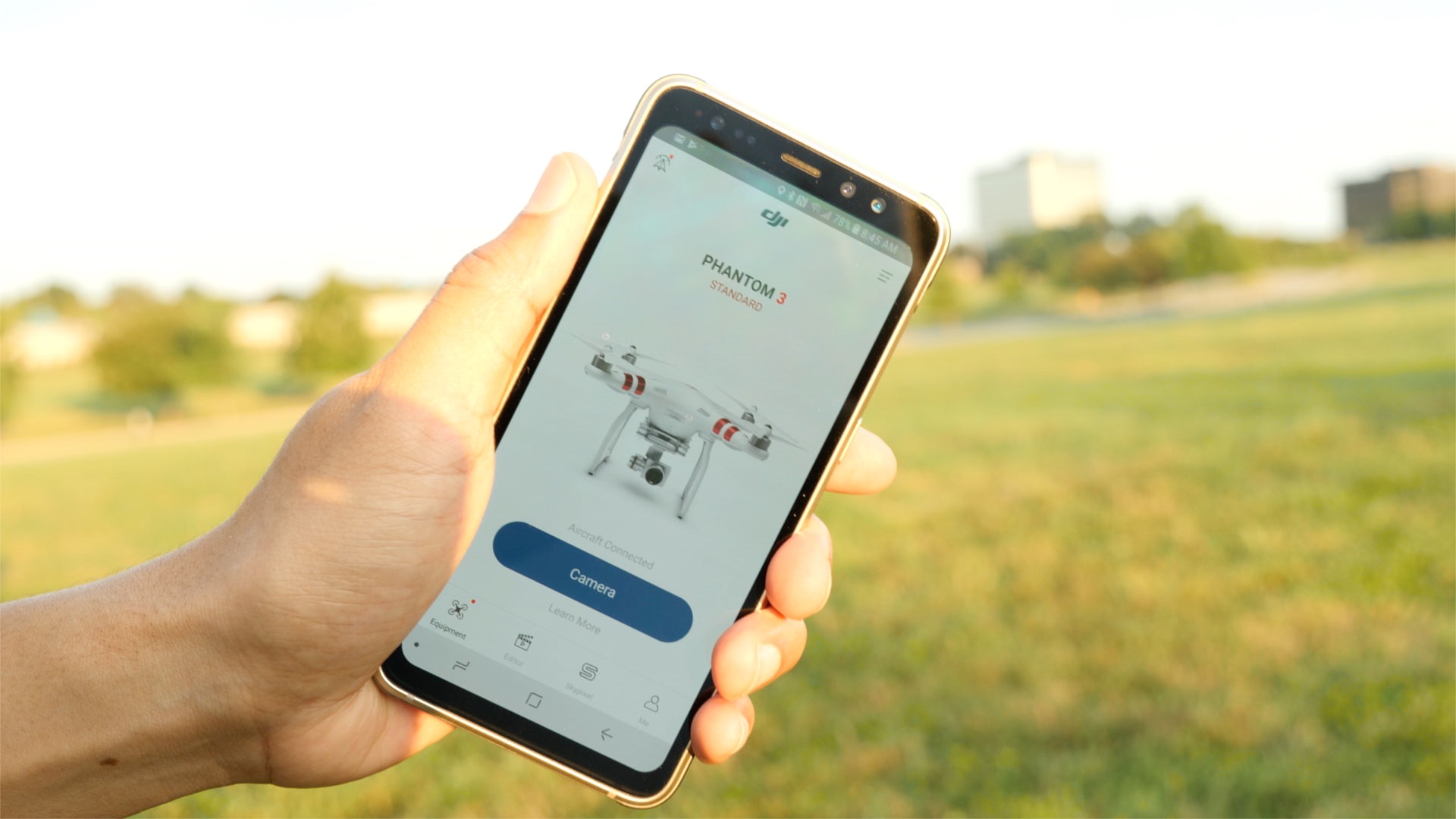 The controller features a handy mount for your smartphone, which allows you to monitor flight from the same apparatus used to control the unit. The app affords users a real-time preview of what the drone sees through its on-board 3-axis gimbal-mounted camera. You can then choose to record footage directly to an on-board microSD Card. 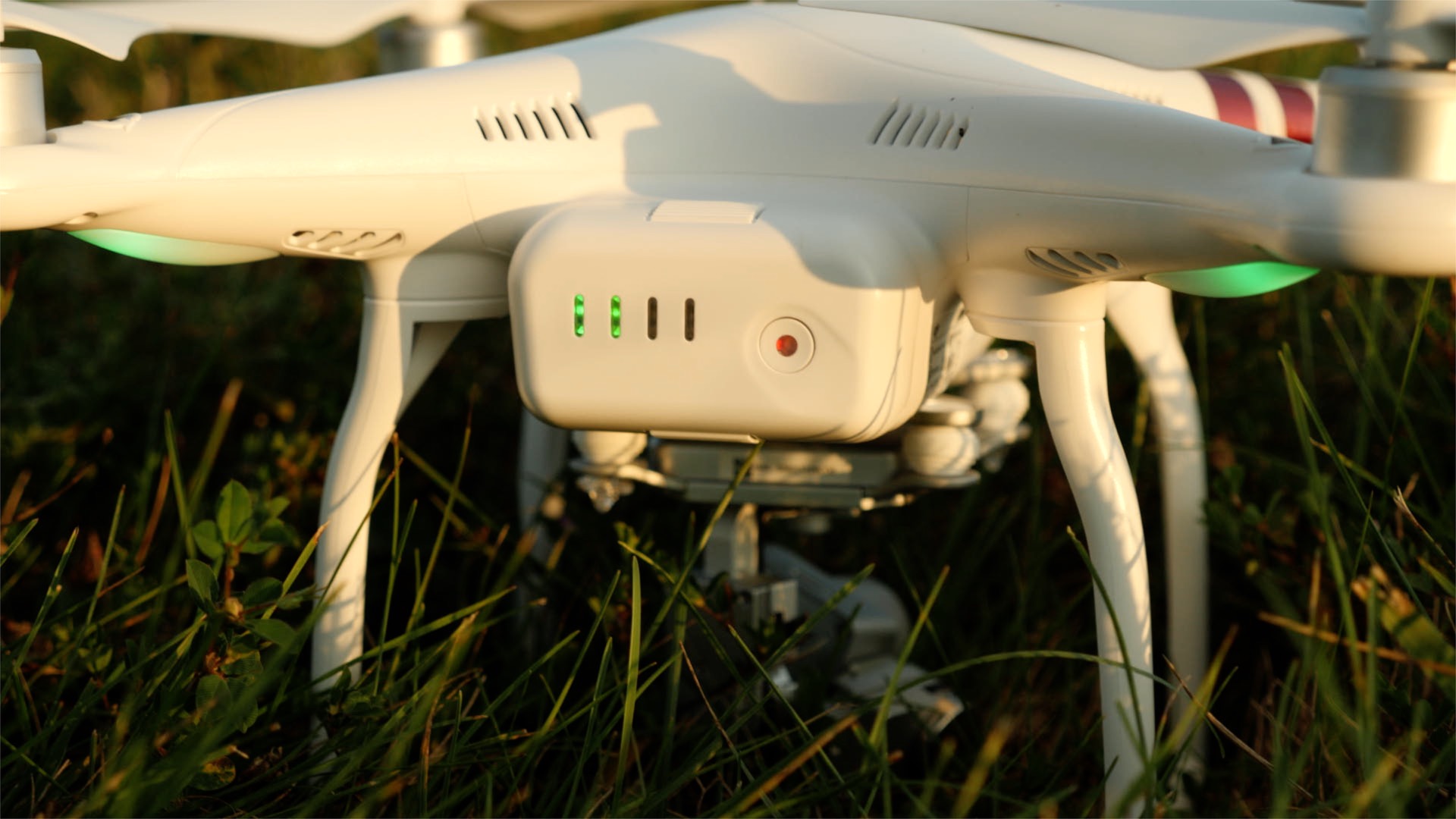 Before you can take flight, you need to power on the drone and the controller. Both units will emit an audible DJI jingle to signify that they’re ready to go. You’ll then be promoted to connect the smartphone to the Phantom’s local Wi-Fi connection in order to perform calibration and check for GPS connectivity. From there, it’s just a matter of starting the drone via the app to begin flying. 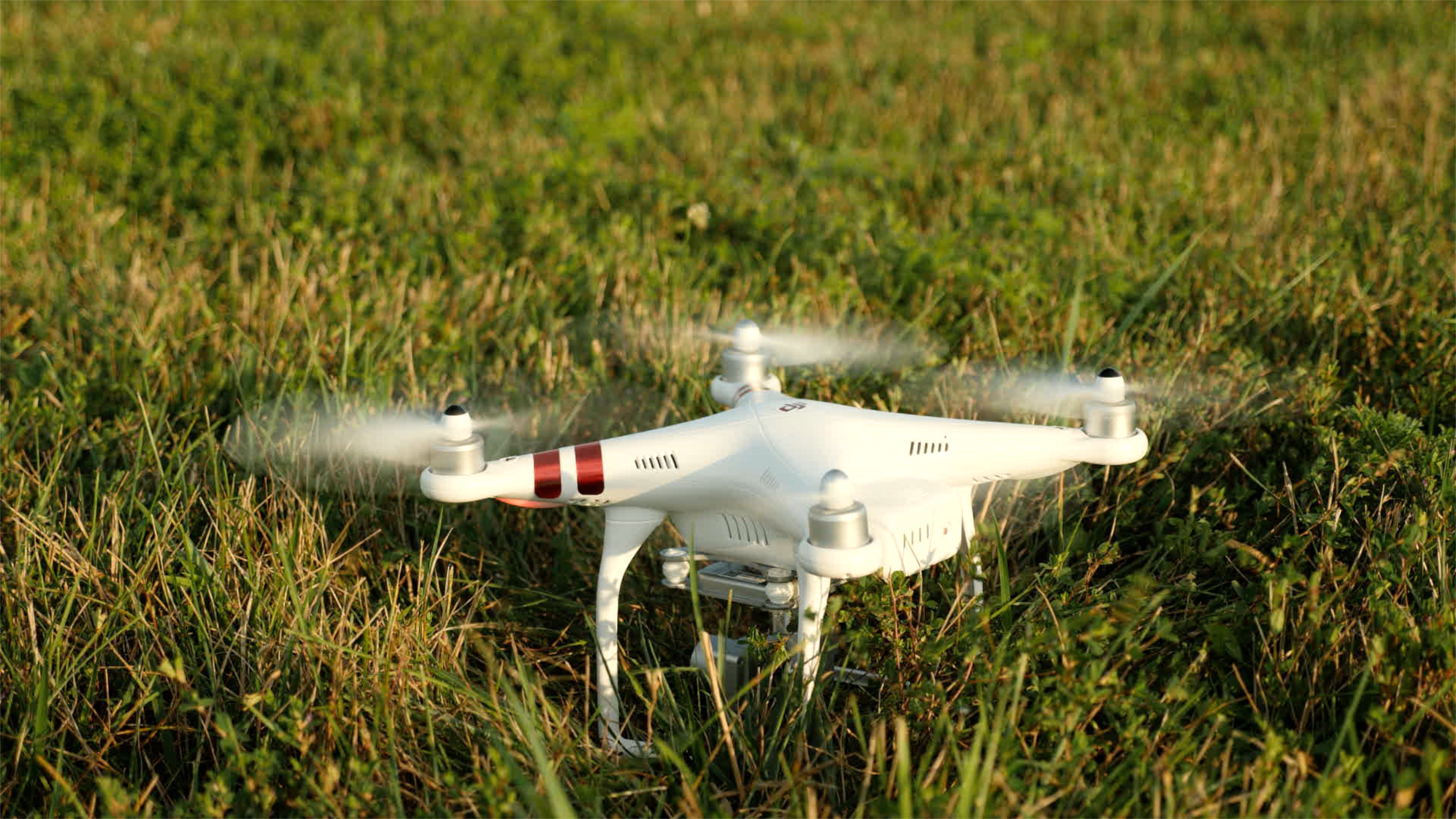 As a new drone user, one thing that caught me by surprise was how loud the unit was. I’ve always been a little apprehensive about flying drones in the city, and the conspicuousness of the Phantom 3 didn’t do much to alleviate my uneasiness. If you’re looking for something a little more low-key, you might want to give DJI’s Spark a chance instead. The Spark isn’t as fast as the Phantom 3, doesn’t include a controller, and features an inferior camera setup, but it’s extremely small, and noticeably quieter.

Controlling the Phantom 3 Standard, as is the case for any full-sized quadcopter, definitely takes some getting used to. There are two joysticks on the controller; the left stick is used to control altitude and rotation on the aircraft’s central axis, while the right stick is dedicated to lateral movement. It’s easy enough to get the Phantom 3 in the air, but it will definitely require practice to get good at using both sticks simultaneously to manipulate the drone with precision. 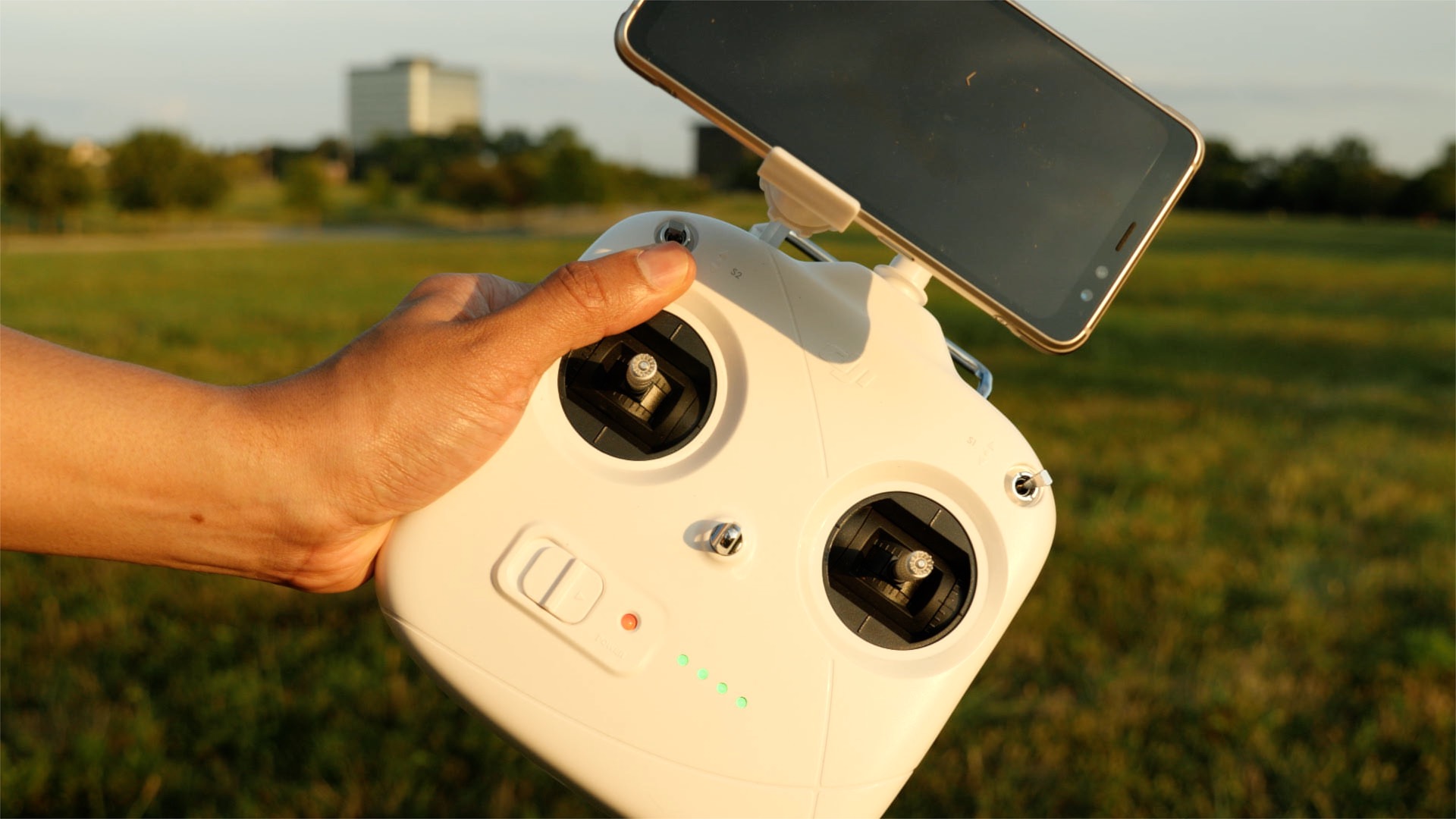 There’s also the matter of controlling the camera’s tilt, which is accomplished via a dedicated knob on the upper left-hand corner of the controller. The camera tilt is very sensitive, and it takes some practice to use in tandem with the rest of the unit’s controls.

Speaking of the camera, you can choose to keep it in auto mode, which will adjust the exposure according to the environment, but you’re definitely going to want to use manual controls if you’re looking to get the best shot. For a new user, manual camera controls are a lot to manage and think about while in flight. It’s not something that you will master overnight, but again you’ll get better with practice.

But therein lies a major issue: the Phantom 3’s battery only lasts for about 20 minutes depending on conditions, how fast you fly, and whether or not you’re recording video. That means that you’ll need to invest in multiple batteries, something I don’t yet have, in order to get the practice time in that you’ll need to improve. 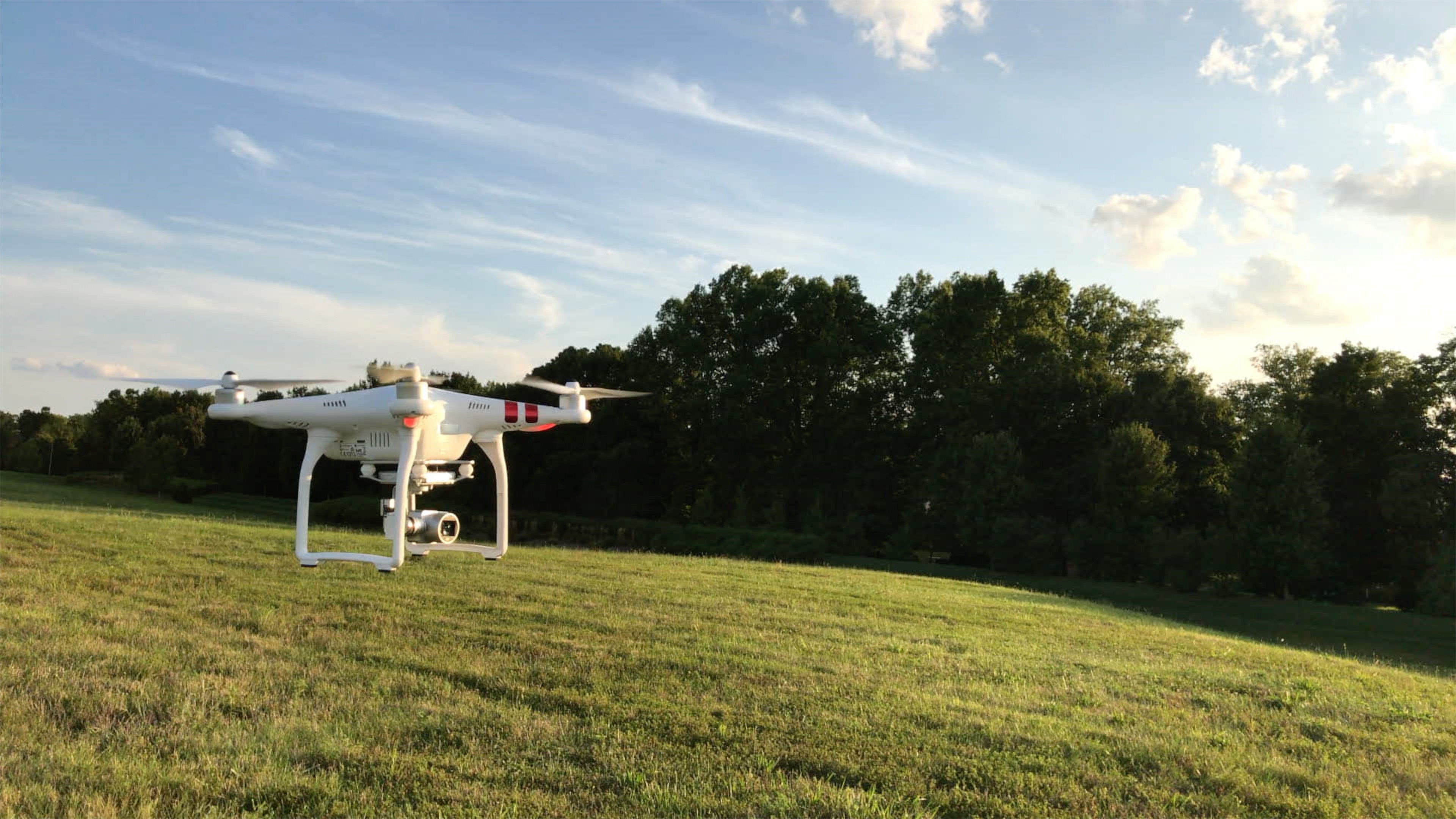 Another downside of the DJI Phantom 3 Standard is that it relies on Wi-Fi connectivity for communication. Even with direct line of sight, I lost connection a few times during my testing, which made it so that I no longer saw the drone’s camera feed on my smartphone’s display. This means that the Phantom 3 Standard features relatively limited range when compared to more modern hardware like the Mavic Pro. 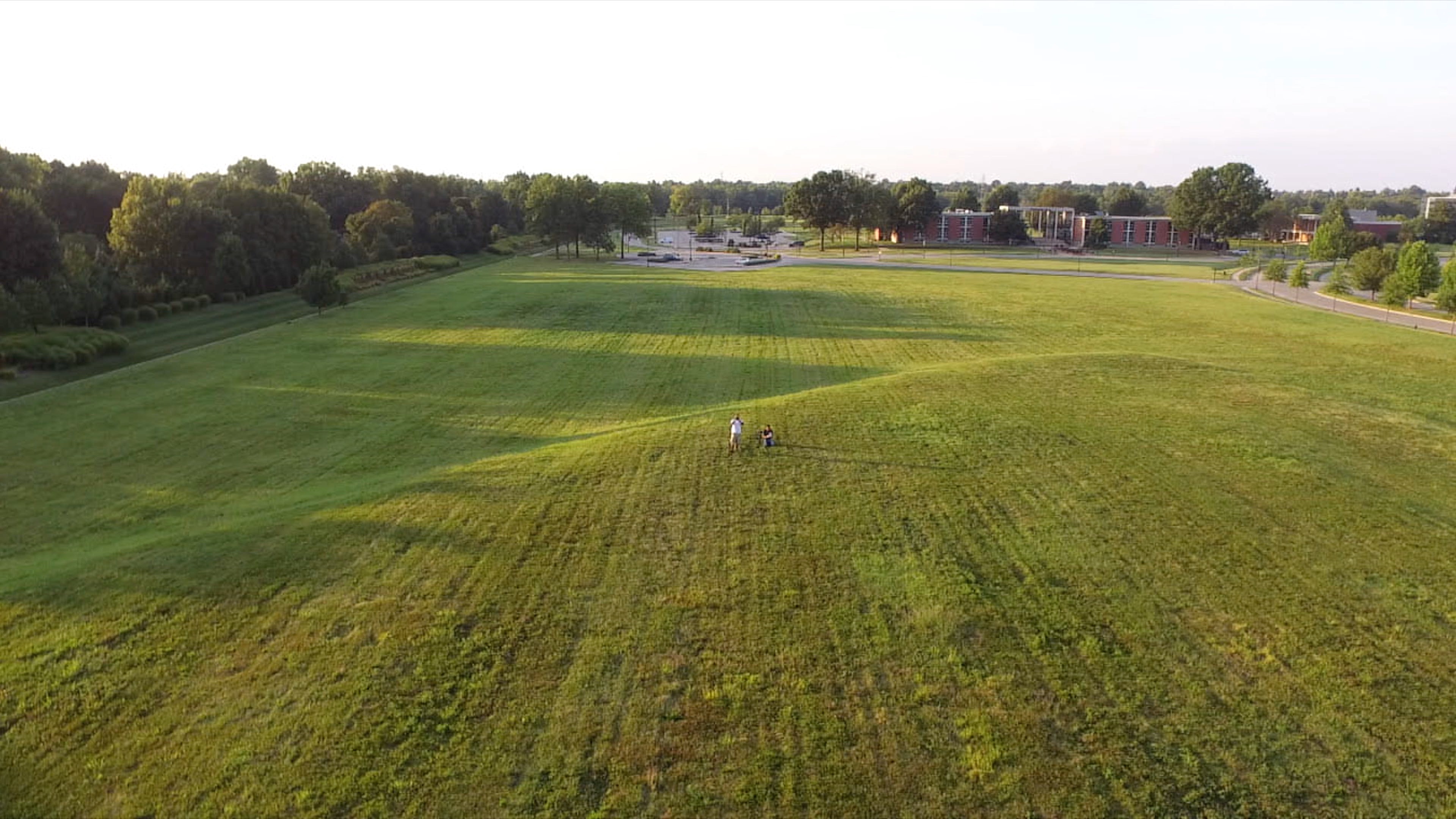 Before trying last week, I understood why people liked drones, but I didn’t think it was something I’d personally like or see a need for. Needless to say, my attitude towards these machines has changed drastically since going bands-on with the Phantom 3 Standard.

The sense of speed, power and control that you get from a quadcopter is something that just has to be experienced to be understood. The fact that it’s able to record high fidelity video is, of course, immensely useful as well, especially as I look to branch out to do more outdoor projects. 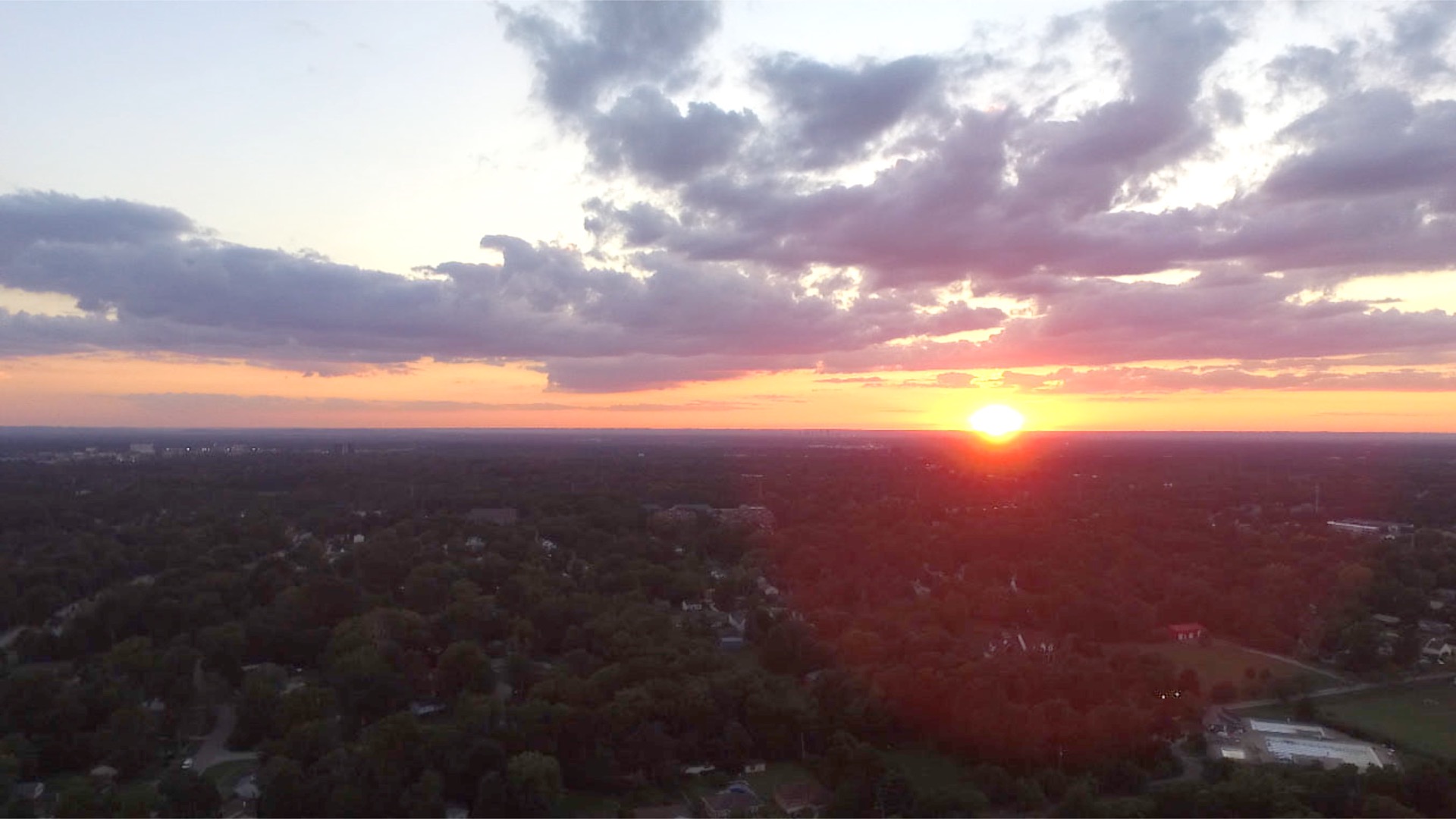 Rest assured that this won’t be my last drone-related post. I’ve been bitten by the bug, and plan on getting a lot more practice in with the Phantom 3 Standard, and other options in DJI’s impressive quadcopter catalog.