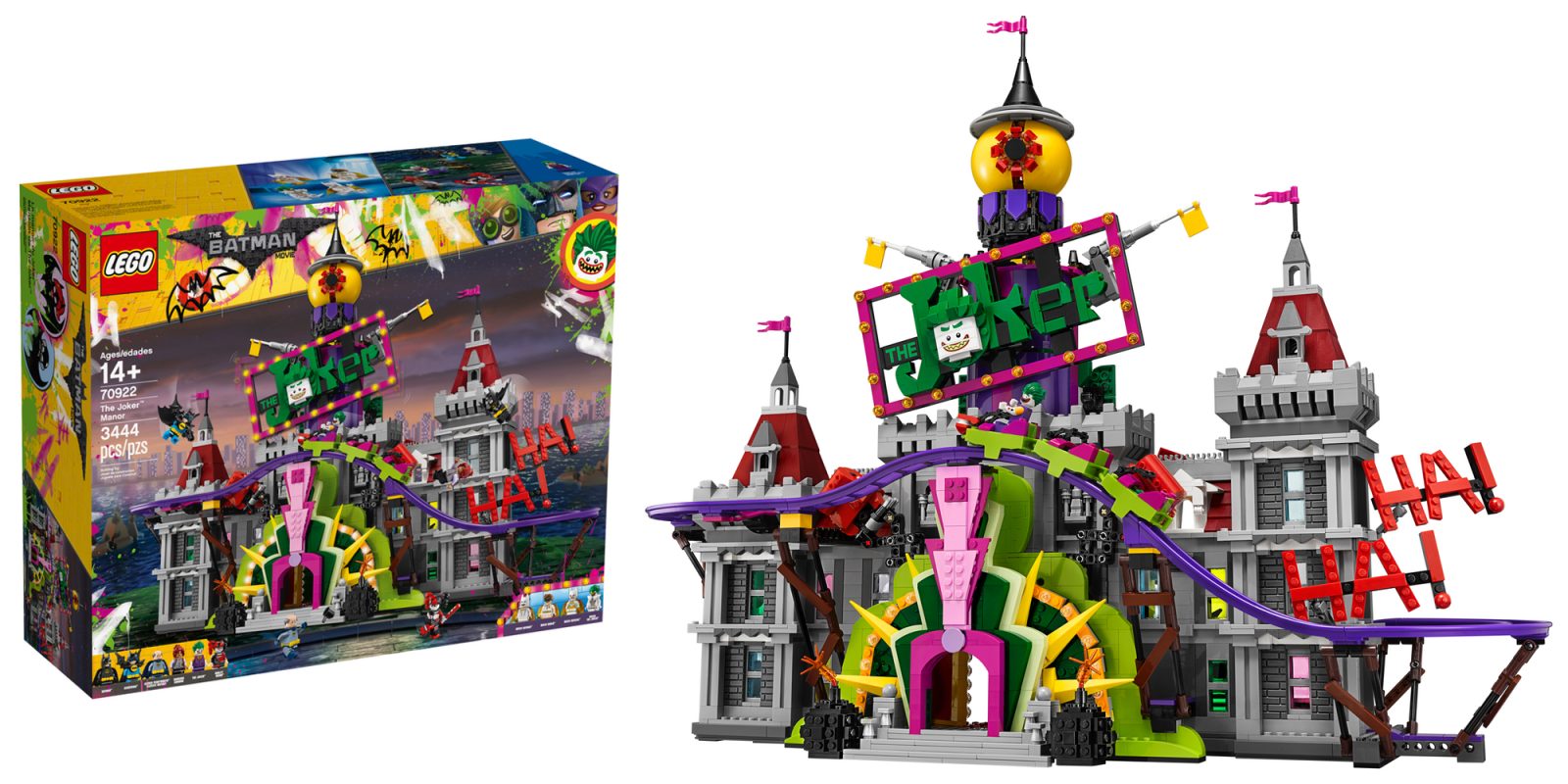 The LEGO Batman movie came out at the beginning of the year and to little surprise was a huge hit. A line of sets was released alongside the feature-length animated film which were fantastic builds for Batman fans and LEGO collectors alike. Now with the holiday season rolling around, LEGO is looking to wow fans once again with the release of its massive new Joker Manor (70922) set. The kit is scheduled to release on Black Friday with a $270 price tag and includes almost 3,500 pieces, 10 minifigures, tons of play features and more.

Today LEGO has announced yet another set in its extensive lineup of Batman sets stemming from the animated film. This time around, LEGO is sending some love the Joker’s way by building out an enormous 3,444-piece manor packed with an equally massive amount of features. The set is full of visual details that make it great for collectors, but it’s also filled with play features great for fans looking to recreate their favorite scenes from the movie.

The new Joker Manor stacks up to 21-inches high, 25-inches wide and 10-inches deep, meaning that this isn’t a small kit by any means. On the outside of the Joker’s residence you’ll find a massive sign complemented by a few brick-built Ha! Ha!’s as well as a rollercoaster track that circles the manor. And because this is for the Joker after all, there’s tons of translucent, colorful and other decorative elements scattered around the build. 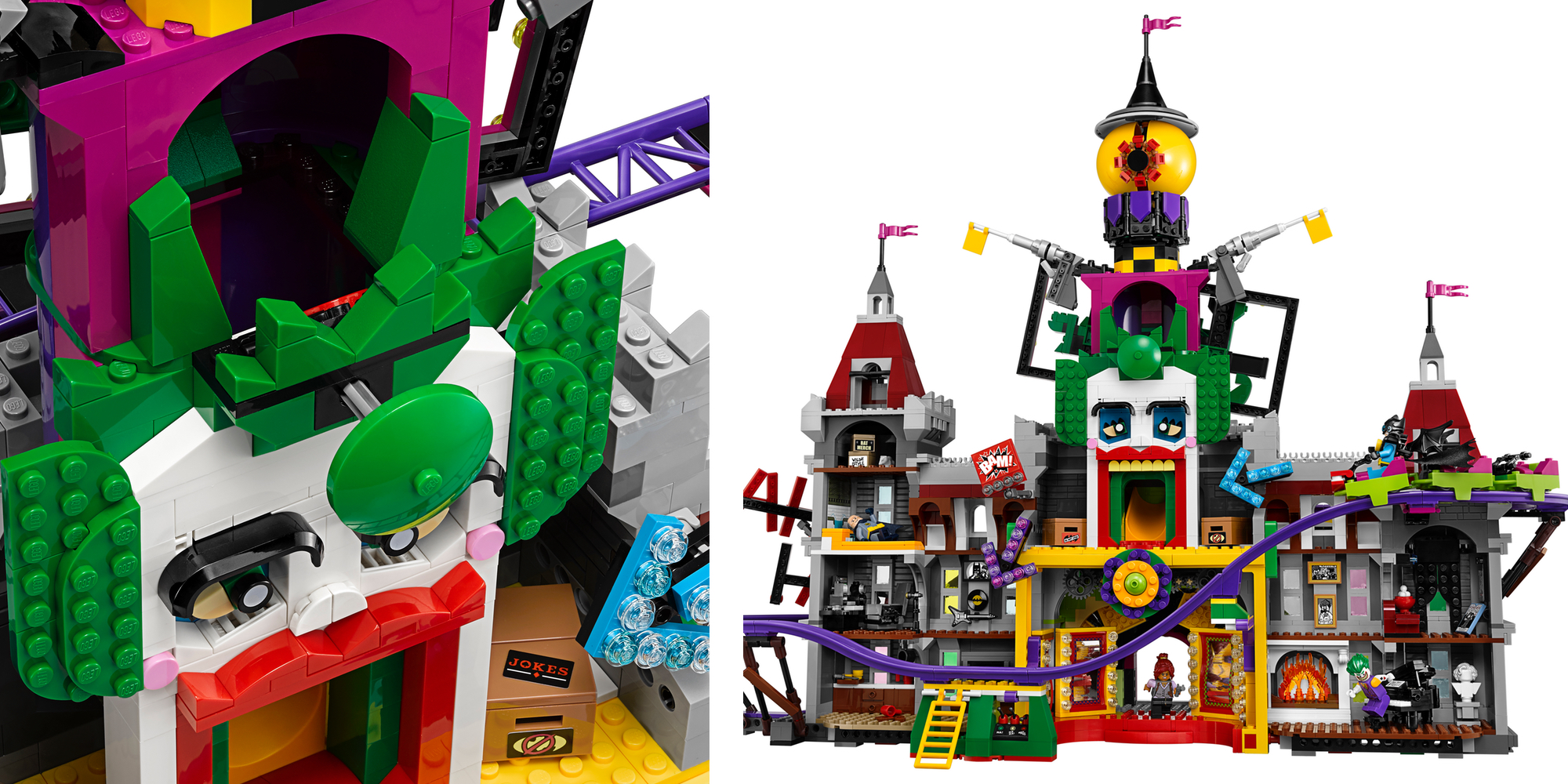 LEGO hasn’t skimped out on the Joker Manor’s interior, which is just as detailed and feature-packed as the outside of the set. The Manor includes a hall of mirrors, music studio, swimming pool and kitchen complete with microwave and lobster. There’s even a hidden trap door that launches minifigures out of brick-built Joker’s mouth. Other items like a grand piano, fireplace and cinema room with assorted romantic DVDs build out the list of added features.

There’s no shortage of minifigures either, with the Joker Manor set including 10 total figures headlined by the Clown Prince of Crime himself. You’ll also find Batman, Barbara Gordo, Harley Quinn and Alfred Pennyworth alongside some unique inclusions like Nightwing and the Classic Batsuit. That’s not all though, as LEGO’s latest kit also features disco versions of our fearsome heroes and villains. 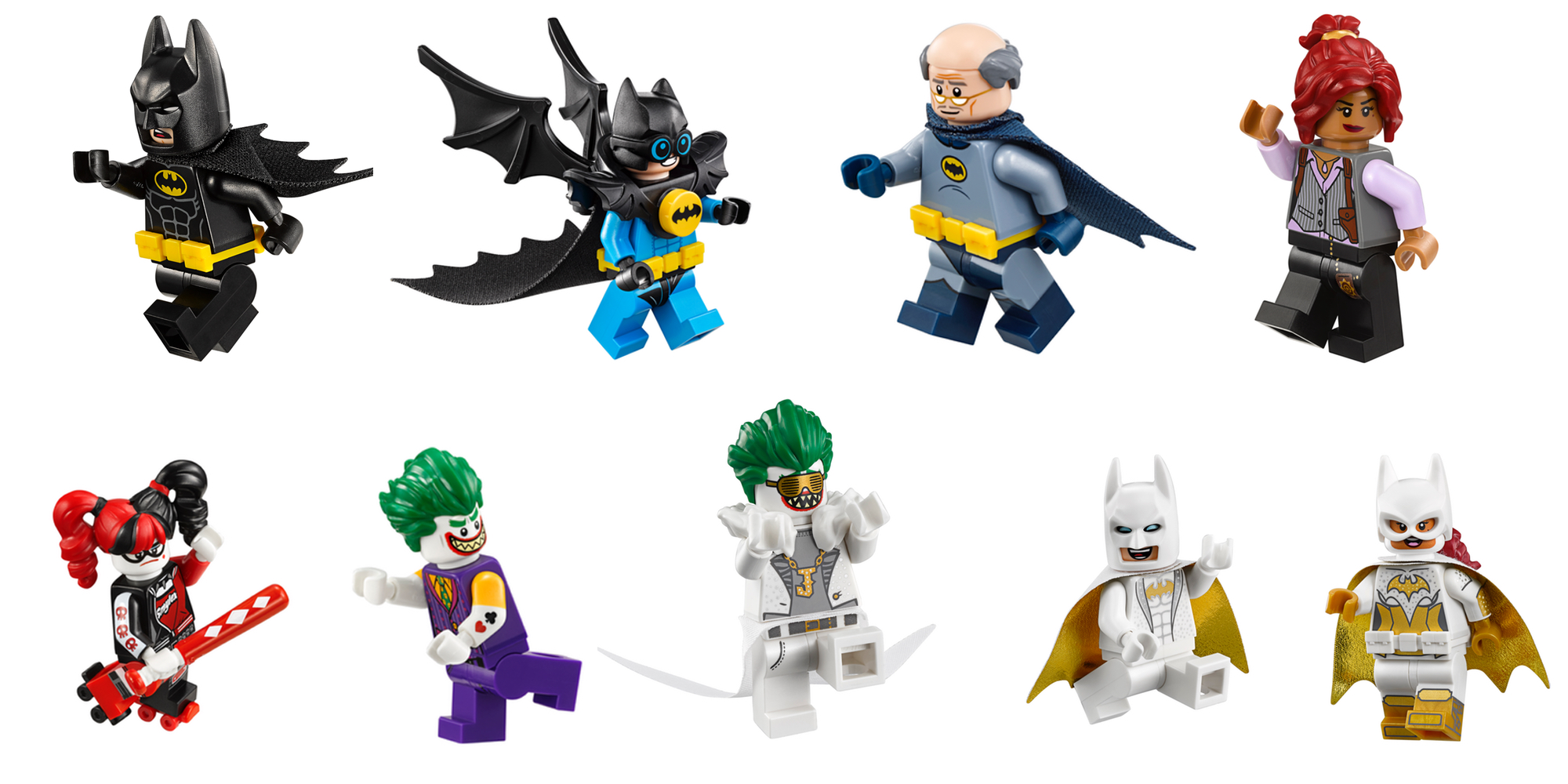 LEGO’s latest addition to its lineup of Batman-themed sets stacks up to an equally massive $269.99 price tag. With almost 3,500 pieces and 10 minifigures the kit is certainly worth its steep cost. Releasing on November 24th this will definitely be one of the hottest LEGO sets for fans and collectors to build this holiday season.

Help Batman™, Barbara Gordon, Alfred Pennyworth™ (in his classic Batsuit) and Nightwing™ regain control of the jokerized Wayne Manor with this massive THE LEGO® BATMAN MOVIE set. The Joker™ Manor is packed with iconic details from the movie and cool functions, including a rollercoaster encircling the whole building, a huge buildable The Joker head with trapdoor and slide, punching boxing gloves, a rocking ‘The Joker’ sign and rotating ‘big eye’ tower. The interior includes a cinema room with a romantic DVD element, kitchen with buildable microwave plus lobster and lemon-slice decorated tile elements, living room with a buildable grand piano, fireplace and bust, swimming pool room, and a music studio with guitar element and buildable mixing desk and loudspeakers. Build this magnificent manor and then recreate your favorite scenes from the movie with 10 included minifigures.