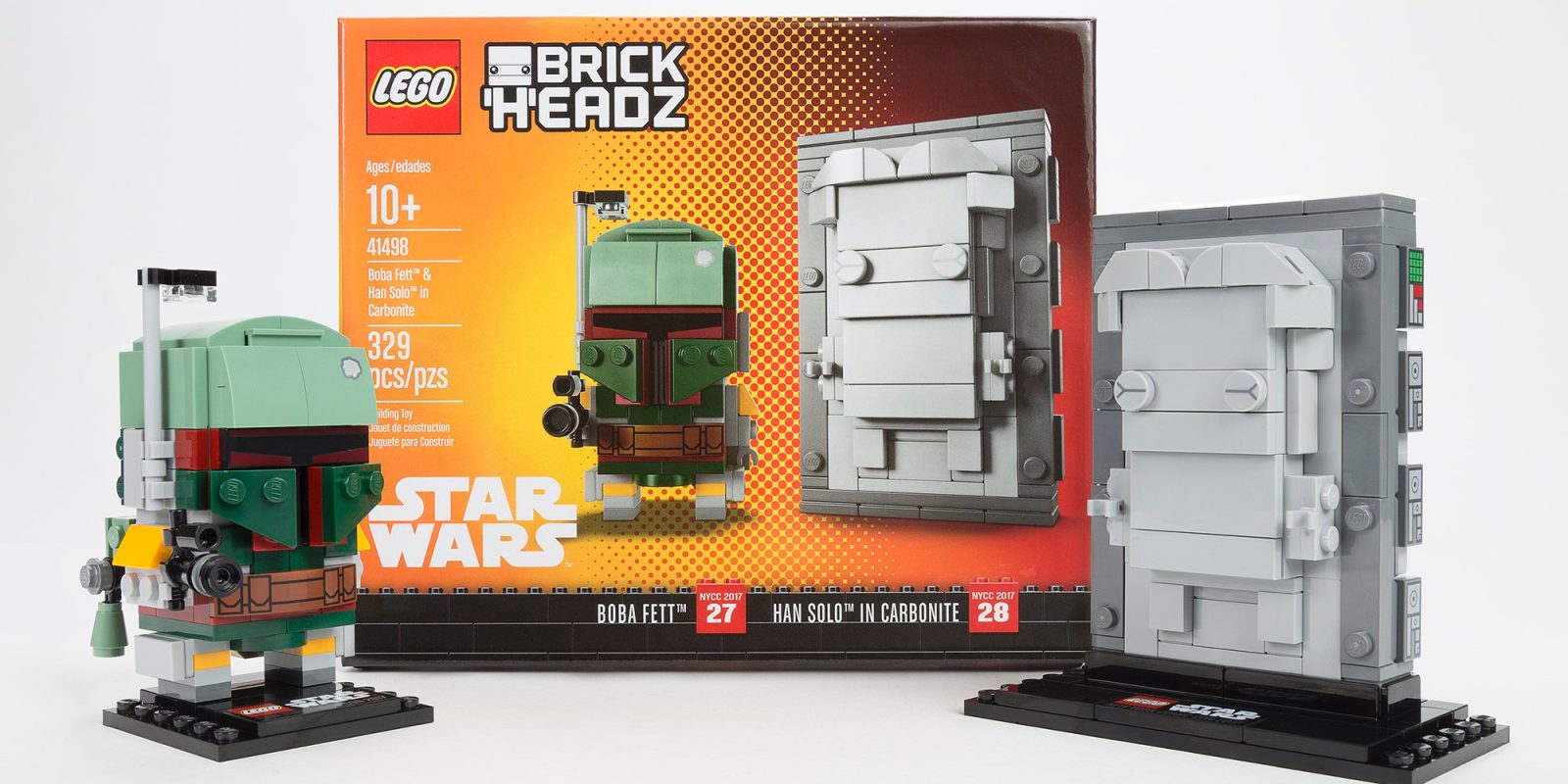 LEGO’s BrickHeadz line of collectable figures have featured some of the most iconic characters to ever be created in brick form. The newest additions to the lineup features the fearsome bounty hunter Boba Fett alongside a Carbon-frozen Han Solo. Releasing as a New York Comic-Con exclusive, this new kit is sure to be a must-have collectors item for fans of LEGO and Star Wars alike.

The latest brick-built character renditions to be added to LEGO’s BrickHeadz collection come straight from a galaxy far far away. The 329-piece kit features two new figures and depicts a detail-packed Boba Fett with his latest bounty of Han Solo in Carbonite.

Boba Fett is a favorite amongst Star Wars fans and LEGO made sure to give the bounty hunter the star treatment he deserved. The figure is complete with his iconic helmet, a miniature blaster and jet pack. You’ll also find tons of detail packed within the build as LEGO has included new printed elements alongside several hues of green pieces. Fans of the UCS Slave 1 will find this kit to be the perfect addition to their collection. 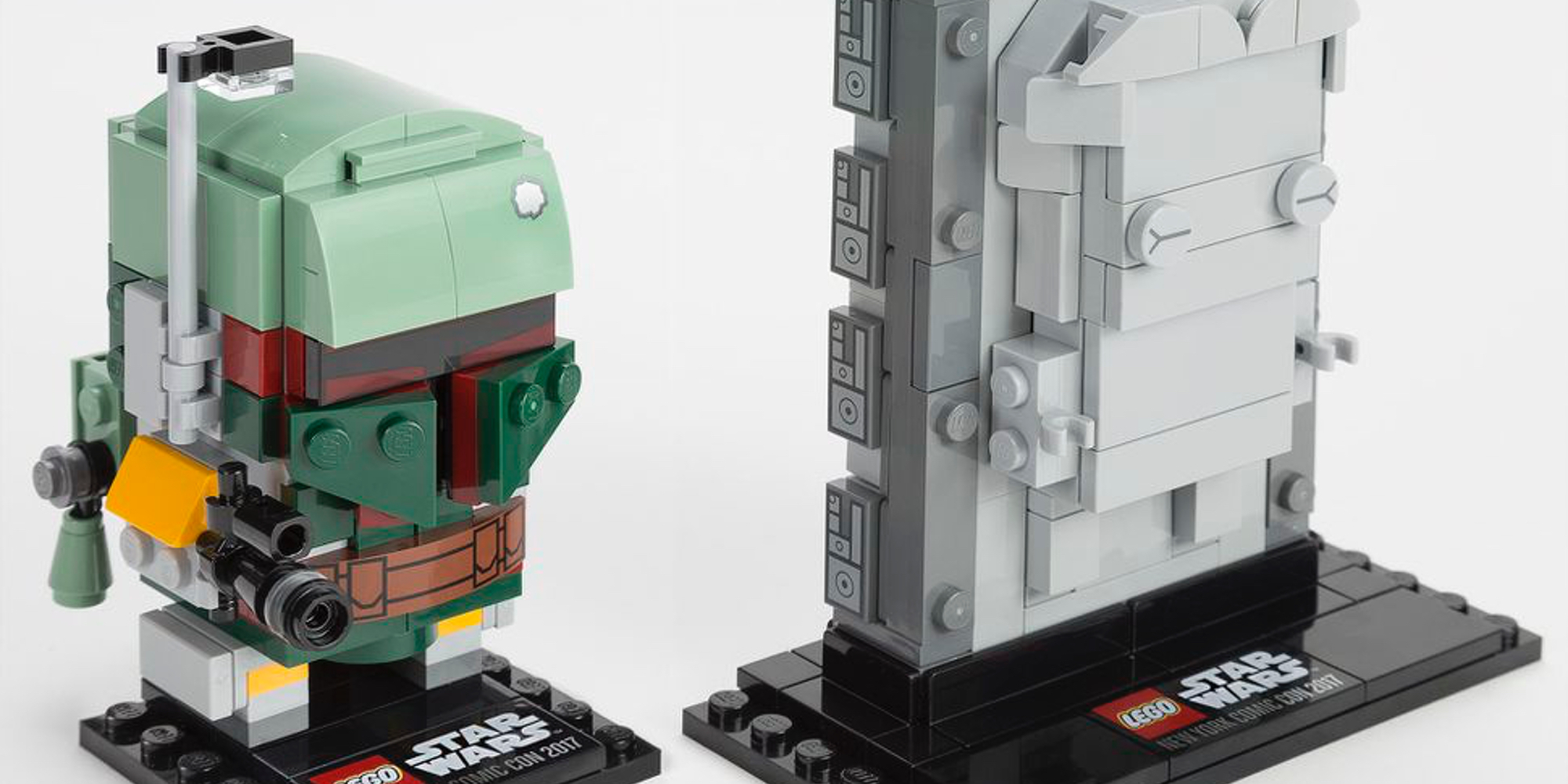 Han Solo on the other hand is a more simplistic build than his captor. This figure is only comprised of two main element colors, both of which are grey. But despite the overall simplicity, LEGO was able to wonderfully depict the classic scene from Empire Strikes Back. Han is also one of the biggest BrickHeadz figures created to date with the largest base of any of the other models.

The two figures will run you $40 upon release, but you unfortunately won’t be able to order these online like the typical LEGO set. In a fashion similar to previous Comic-Cons, Boba Fett and Han Solo join characters like Spider-Man and Venom as being exclusives to the convention. So if you’re looking to add these figures to you collection, you’ll want to make sure to find a way to the massive gathering.

BrickHeadz launched earlier this year as the company looked to focus on a collectable line of sets, similar to the popular Funko Pop figures. LEGO has added tons of other characters in its BrickHeadz collection. So whether you like Marvel or DC superheroes, Pirates and more, there should be a figure perfect to display on your desk or add to your collection.