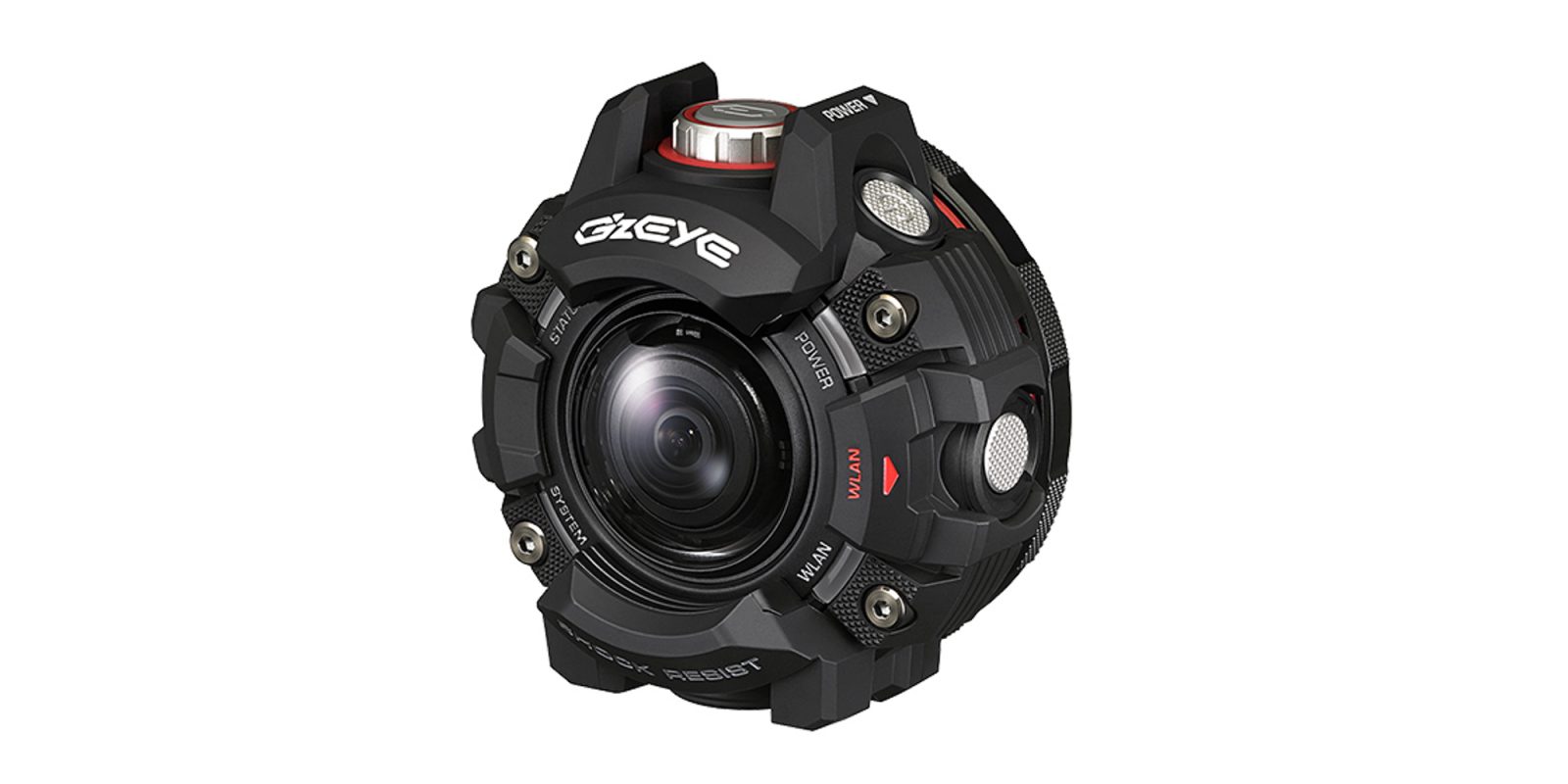 The action camera game has been ramping up recently with the introduction of 360-degree image capture and even more impressive specs. Now in an interesting turn of events, watch manufacturer Casio has recently decided to leverage its iconic brand, design and G-Shock technology to create the company’s first action camera. The GZE-1 sports a rugged exterior and has been built to withstand most weather conditions alongside the ability to capture 240 slow-motion video and more.

Casio kicks off its action camera by utilizing its G-Shock technology present in its long line of watches. This achieves the GZE-1’s unique rugged stylings, a design drastically different from the typical square action cam we’re used to seeing.

The camera’s circular resin body and urethane bumper allows it to withstand falls up to 2-meters and boasts water-resistance to depths of up to 150-feet. That’s not all, as its design also makes it able to operate in well below-freezing temperatures, proving to be the camera for just about any weather condition. The GXE-1 is rated to work in temperatures down to -10 degrees Celsius. 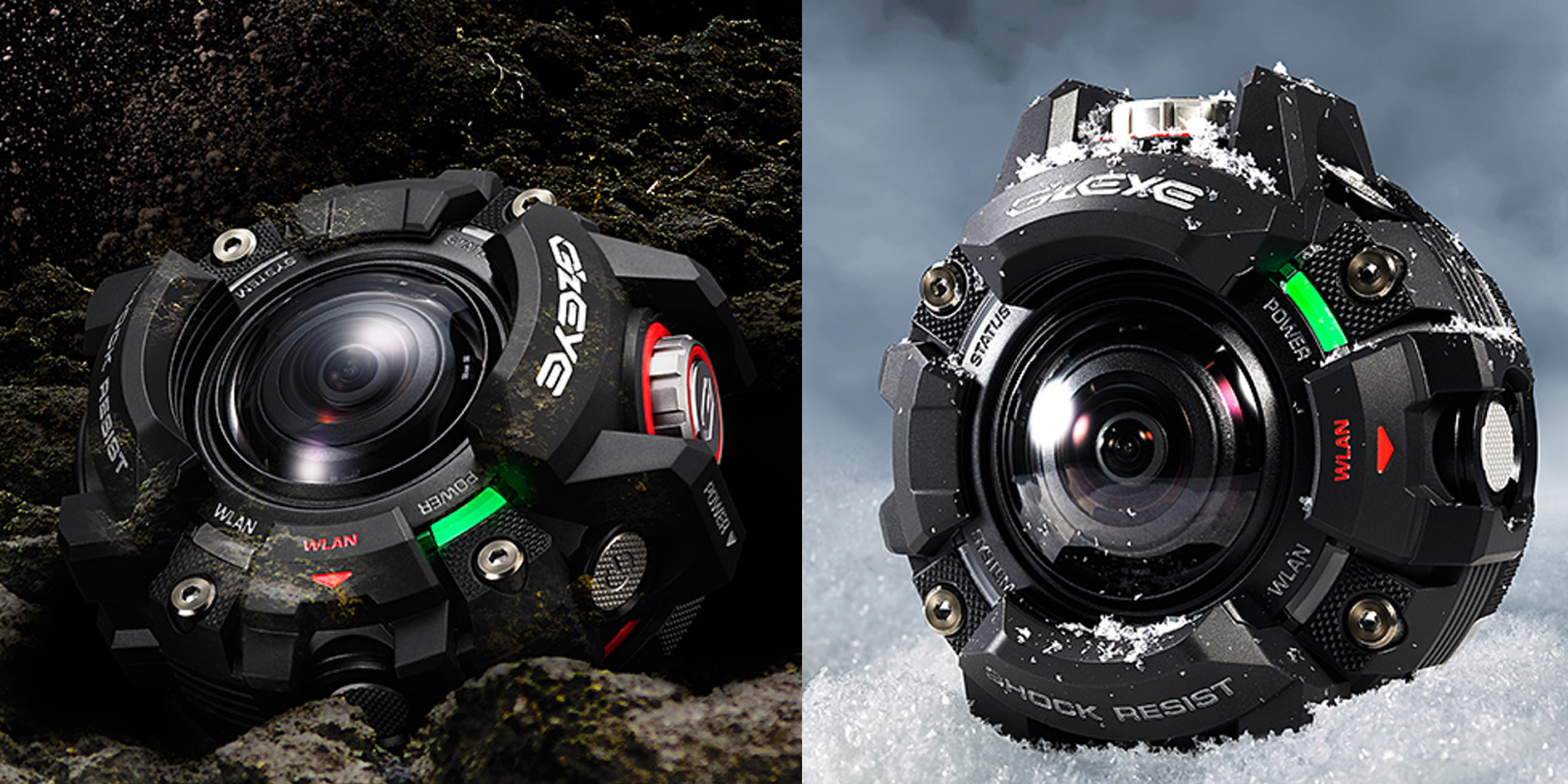 Aside from its rugged and stylish looks, the GZE-1 also packs a solid array of components. Its 13mm f/2.8 equivalent lens and 21MP 1/2.3-type backlit CMOS sensor allow it to capture 6.9 megapixel stills alongside full 1080p videos. The camera can shoot impressive 240 fps slow-motion videos as well. Casio’s new action camera also includes integrated three-axis electronic image stabilization to help ensure your captured videos are as smooth as possible when hitting the slopes, hiking or out-and-about.

In order to frame new shots or review previously captured content, Casio has opted to ditch an integrated screen all-together. This may be a disappointment to some, but the GZE-1 is reliant on a companion smartphone app or the Casio Pro Trek Watch. Both of these, as well as an included remote offer advanced control over the camera. 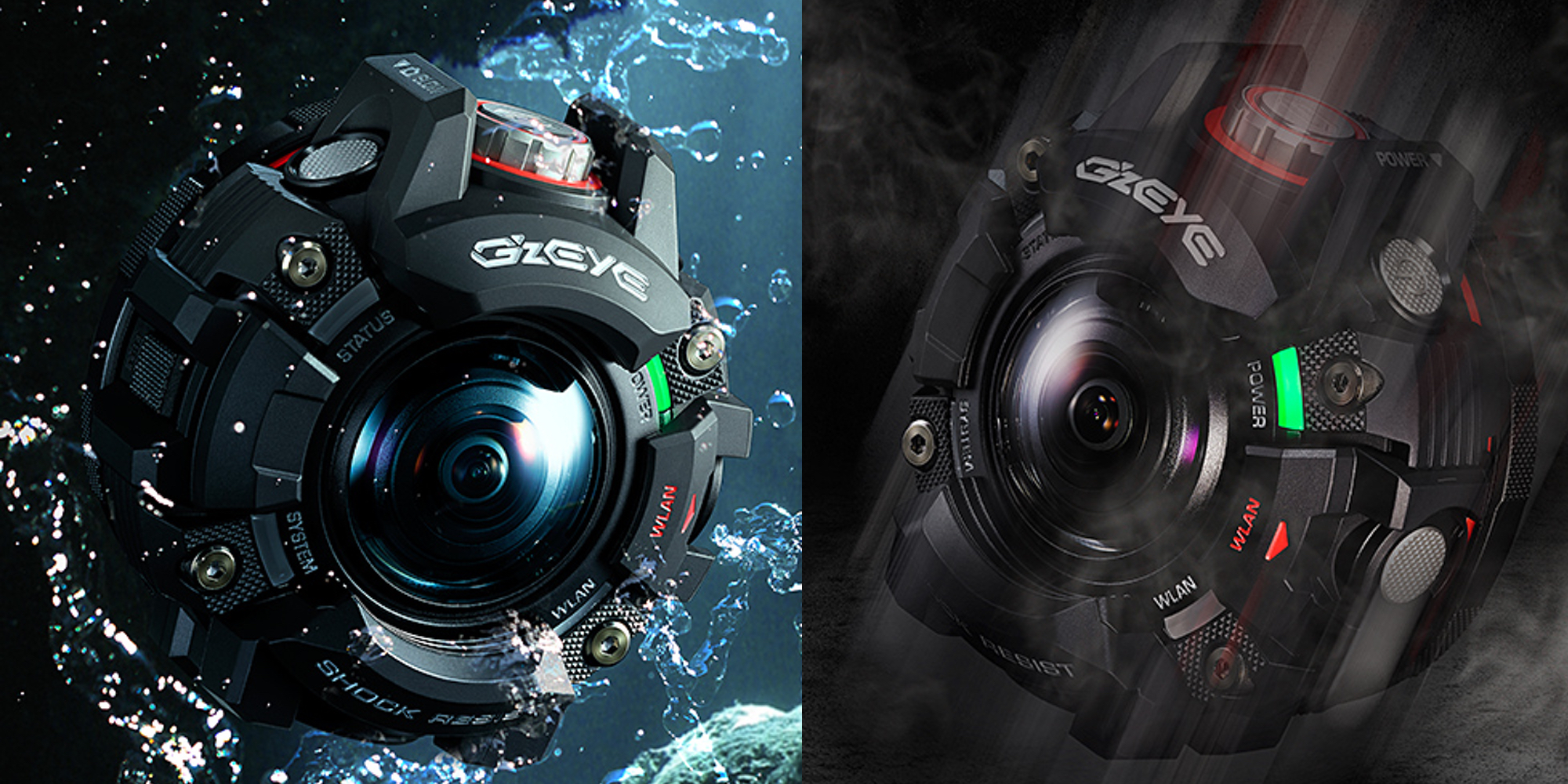 Casio’s foray into the action camera market has deputed one of the more interesting-looking models we’ve seen. Unfortunately the company hasn’t given any indication as to how much the GZE-1 will cost, or if it will even be available outside of Japan, the country with which it was unveiled. Sales are expected to begin by the end of the month; so if the initial demand is high, there’s a good chance we could be seeing the action camera state-side before long.