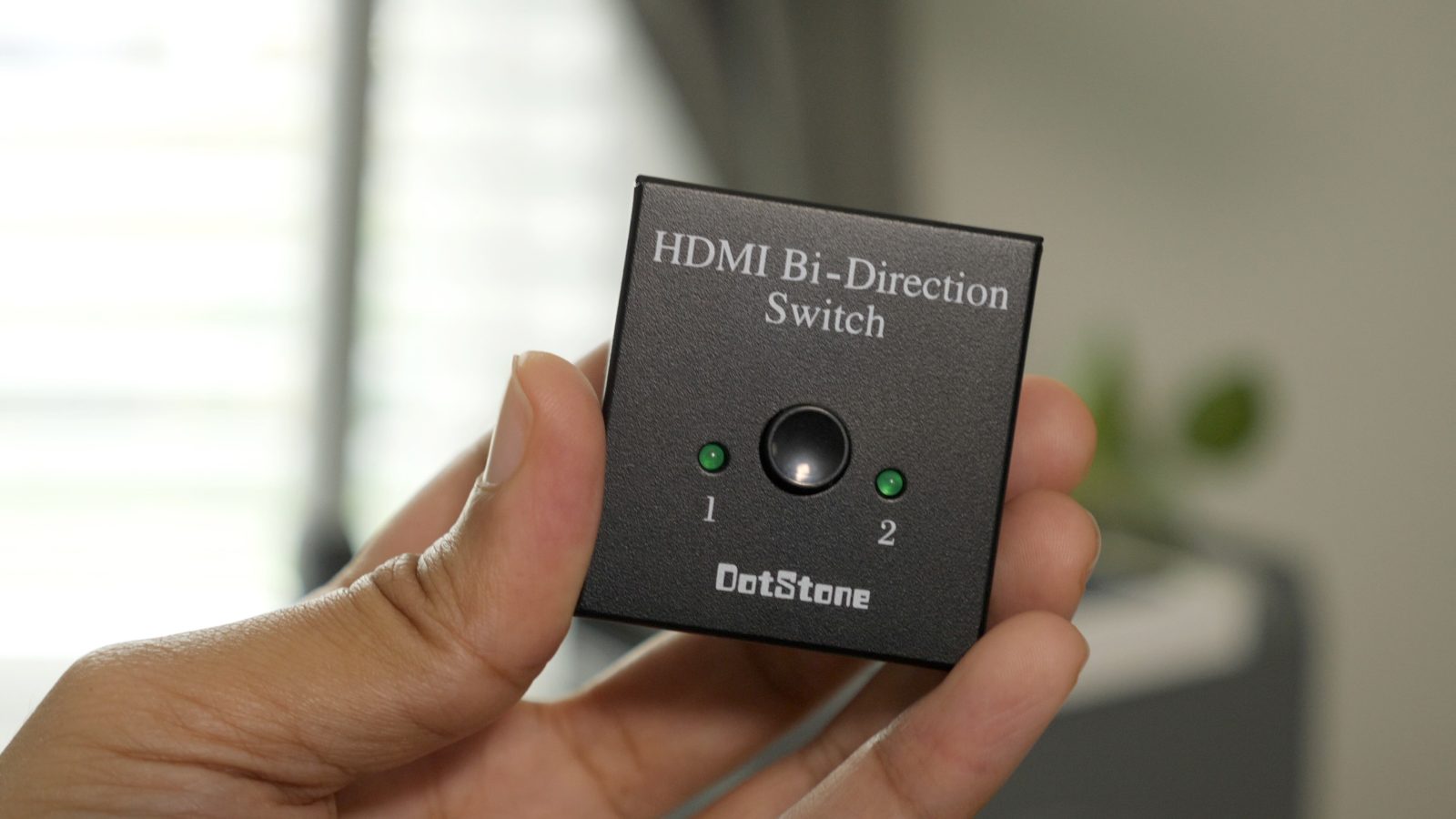 After recently acquiring the Atomos Sumo Studio Monitor/Recorder (hands-on coming soon), I was looking for a way to connect two HDMI camera sources to the unit without having to unplug one cable to plug in another. The Sumo features a single HDMI input, so unless I wanted to convert from SDI to HDMI, a switcher was my best bet.

I opted for this sub-$12 DotStone HDMI Switcher 2 Ports Bi-direction Manual Switch. It may not sound like much on the surface, but I’ve been extremely satisfied with the unit’s performance. It allows me to easily switch between HDMI camera inputs with a single button press. Best of all, it requires no power adapter. Watch our brief hands-on video for more details.

More importantly, it plays nice with 4K resolution, which is a requirement for my video workflow. That also means that the unit should work well with the Apple TV 4K, Playstation 4 Pro, Xbox One X, etc.

To switch between sources, just press the button on the surface of the adapter, and you’ll see the LED light move between source one and source two. The unit is powered by the HDMI connection, so again there’s no need for external power.

The Amazon reviews seem to match my experience with the DotStone HDMI switcher. It’s probably something that’s worth having on hand just in case. Sound off in the comments with your thoughts and opinions.