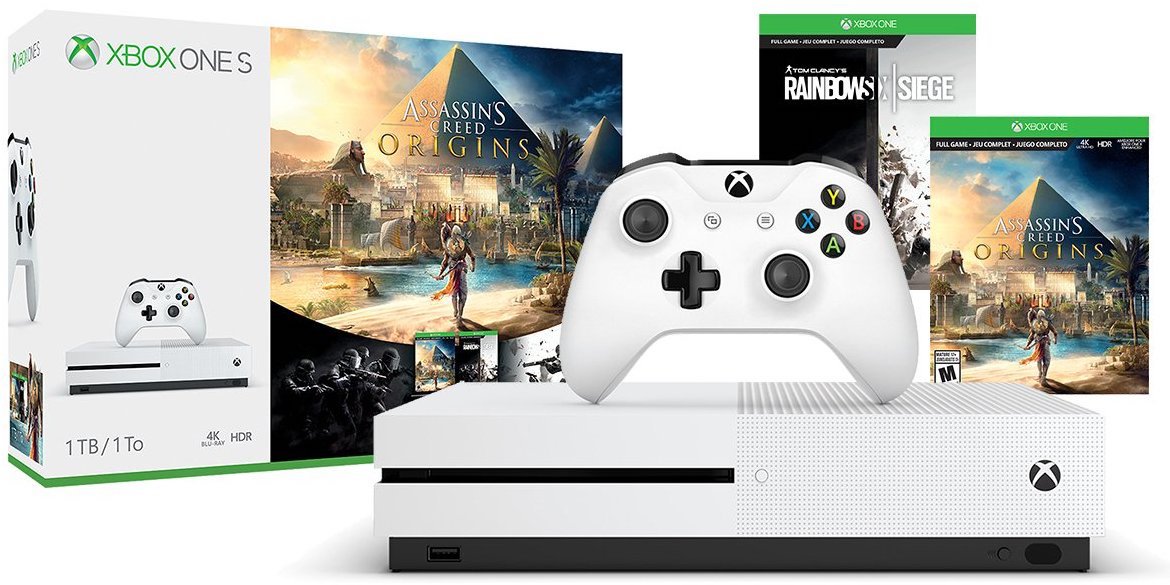 Walmart is offering a stellar pre-Black Friday deal on Xbox bundles. Choose from the Ultimate Halo, Forza Horizon or Madden NFL 18 bundles plus get an extra Xbox game of your choice and an additional Xbox One controller for just $249 shipped. These bundles go for $250 without the additional $100 or so in extras. And the game options are quite nice here including the brand new Call of Duty WWII and Assassin’s Creed Origins, among others.

Walmart is also offering the Microsoft Xbox One S Battlefield 1 Special Edition Bundle in Storm Grey for $199.96 shipped. That’s $80 off the regular price and about $50 below the next best listing on Amazon. Anytime you can bring home a brand new Xbox One S for under $200 it is a solid deal, never mind the Storm Grey model.

We also spotted a sweet bundle over at Newegg and some early Amazon bundle deals:

Your Choice of Xbox One S 500GB Console

Your Choice of Xbox One S Game