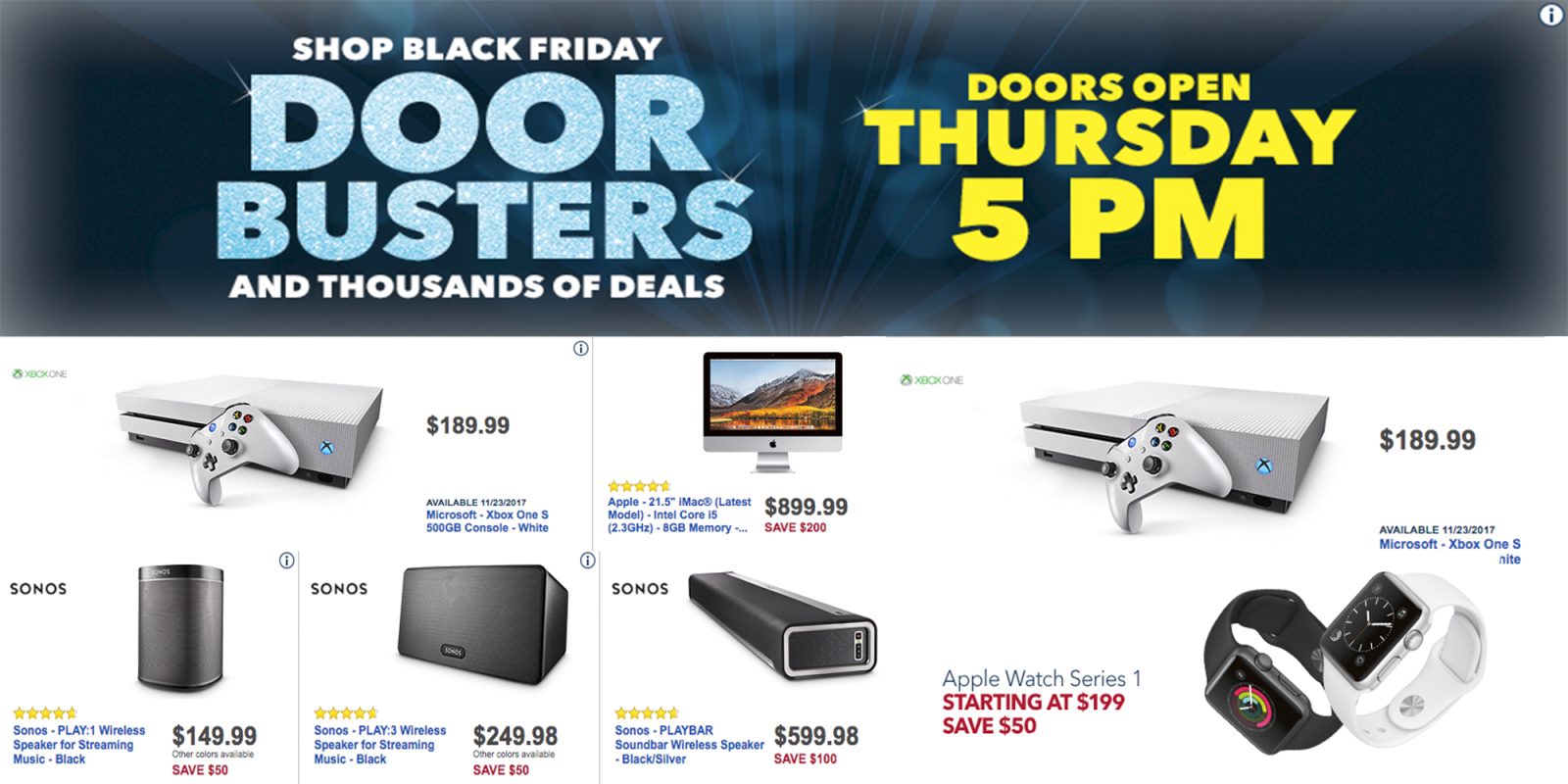 Best Buy has unveiled its Black Friday 2017 ad this morning, and a number of deals are already available for purchase. The popular online retailer’s holiday plans are packed with the usual Apple sales, TVs, drones, and a whole lot more. We’ve picked out some highlights below along with notable pages from the ad scans. Let’s get to it!

Best Buy will be opening doors on Thanksgiving Day at 5PM with doorbusters running until 1AM on Friday. They will then be re-opening at 8AM on Black Friday with even more deals. Best Buy plans on handing out tickets for doorbusters starting at 3PM on Thanksgiving Day for early shoppers. We’re expecting to see most of these deals also available online but the ad clearly states that inventory will be limited, so you’ll want to act fast if something catches your eye.