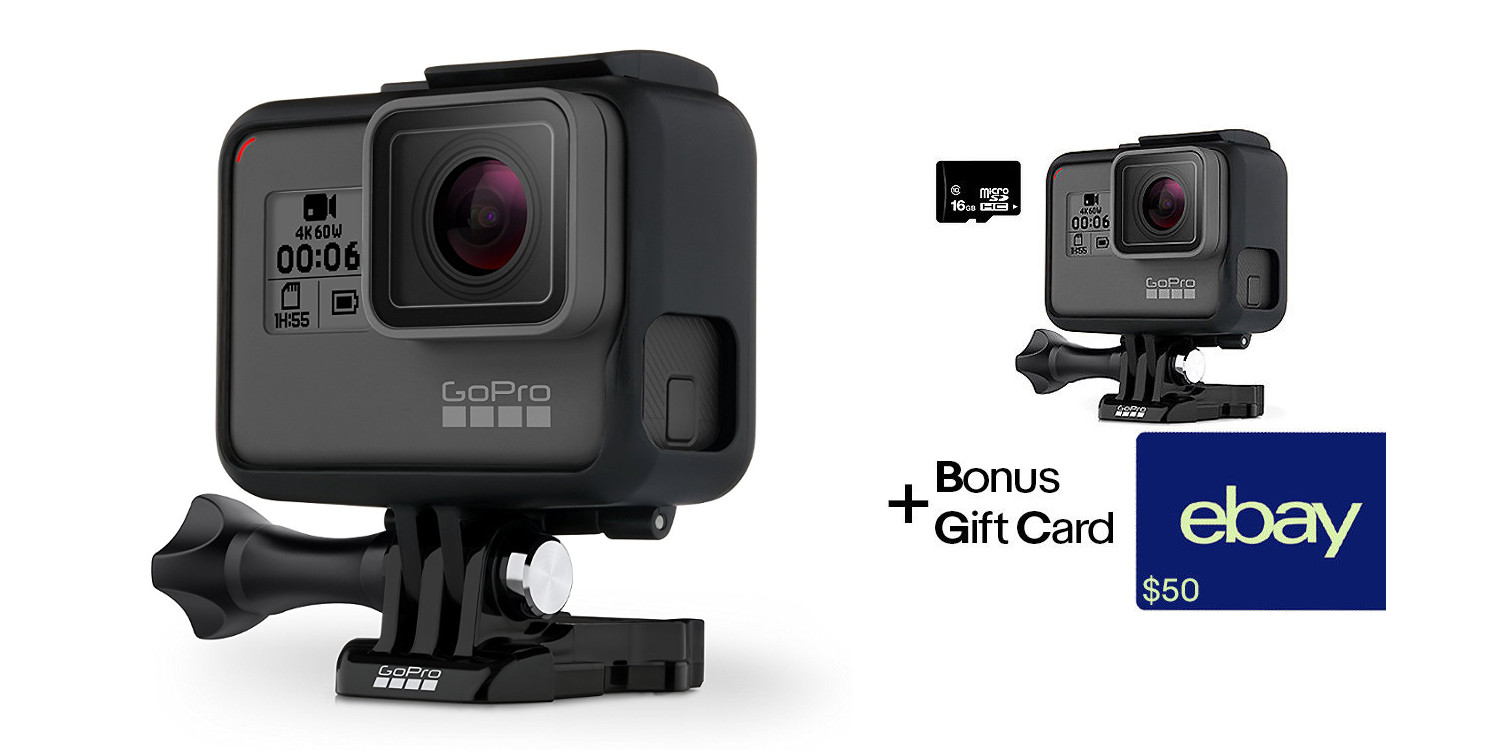 6ave (98.9% Positive feedback) via eBay Daily Deals is now offering the GoPro HERO6 Black with $50 eBay Gift Card and a 16GB MicroSD for $449.99 shipped. Regular $499 without the add-ons, this is as much as $125 in savings. Only once have we seen it drop in price previously which was a limited offer at Rakuten earlier this month for $450 without the gift card.

It has never dropped below $495 on Amazon and is still listed at full price on B&H. This is matching what we saw in the eBay Black Friday/Cyber Monday 2017 preview.

Built on the existing form-factor of the HERO5 Black, the GoPro HERO6 Black action camera provides more processing power than the preceding model, while keeping to a familiar design. The optimized GP1 processor brings higher frame rates in 4K, 2.7K, and 1080p HD resolutions. Where previous models maxed out at 30 fps in 4K, the HERO6 Black can muster 60 fps for rendering smooth motion or even slow motion in timelines with slower frame rates. Other processor-intensive tasks, such as image stabilization, have also been improved in the HERO6.

$450
You’re reading 9to5Toys — experts digging up all the latest technology and lifestyle deals, day after day. Be sure to check out our homepage for all the latest news, and follow 9to5Toys on Twitter, Facebook, and LinkedIn to stay in the loop. Don’t know where to start? Check out the best Apple deals, our daily podcast, and subscribe to our YouTube channel