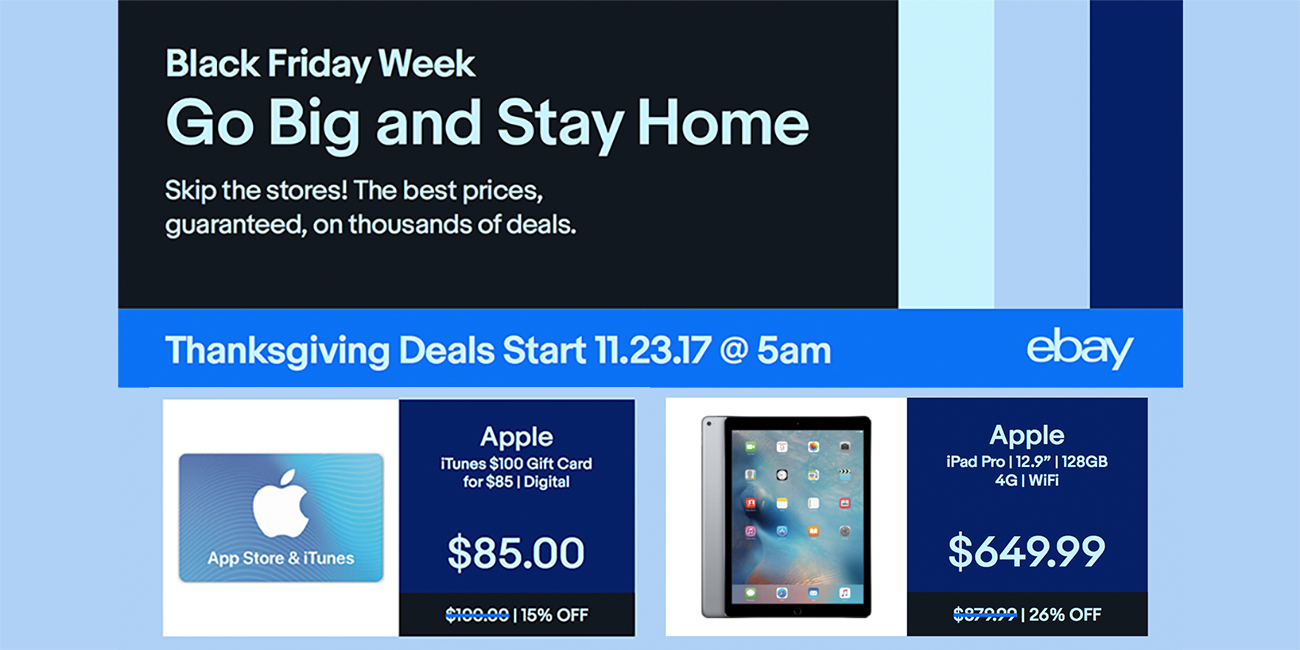 While nearly every Black Friday ad has been leaked or released over the last two weeks, there was still one holdout, until now. eBay has finally released its plans for Friday, along with a look at what it has on tap for Cyber Monday. As expected, eBay is coming through with the usual offers on Apple products, tech, home goods and more. Head below for full details.

Deals will kick off for the former on Thanksgiving Day at 5am and continue through the weekend. Cyber Monday offers will start on Sunday (yes, we know) at 5am and continue for the next 43 hours. You’ll want to get prepped for eBay’s deals by bookmarking the Daily Deals page and making sure that your PayPal account is up to date with correct payment and addresses.