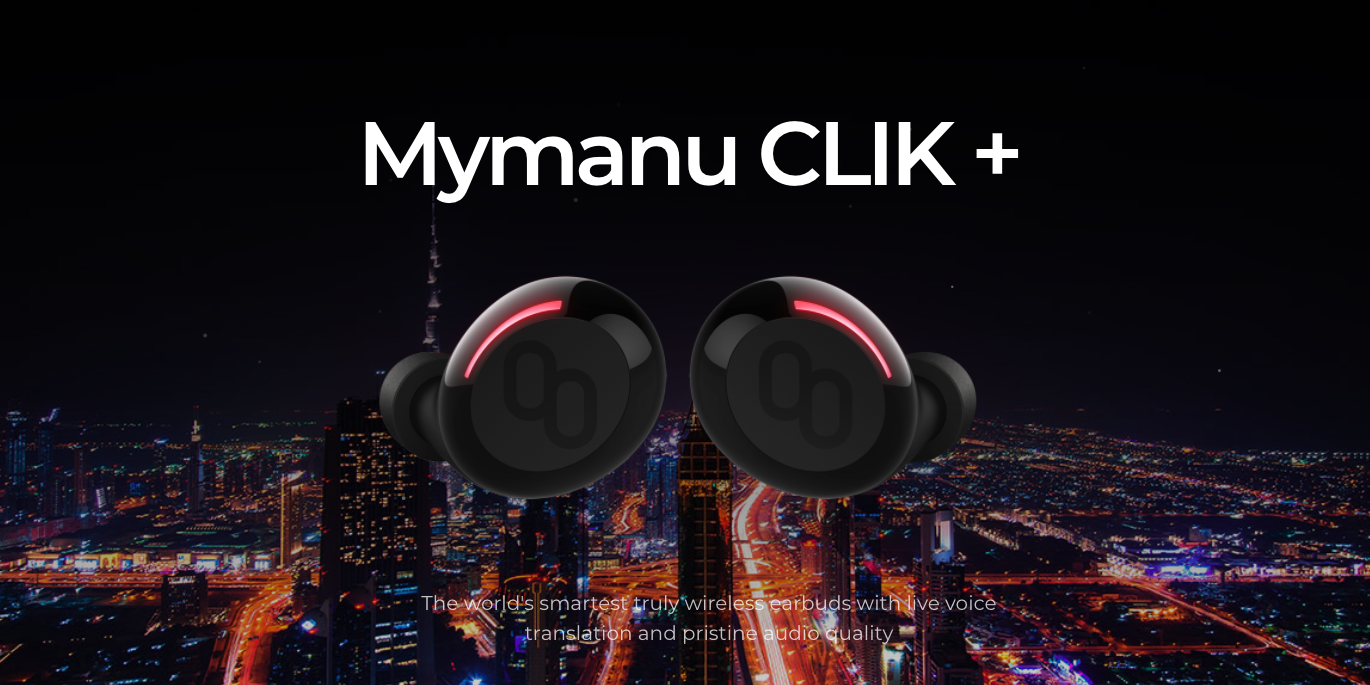 There are loads of truly wireless headphones out there that promise the best sound quality with the best fit and a completely wire-free experience. But there aren’t as many that will also offer up live language translations. Google and Bragi both have products that claim to offer up this kind of technology, but it looks as though competition from Mymanu is finally ready for the marketplace…

At CES 2018, Mymanu is showing off its Click+ headphones that can translate up to 37 different languages. Unlike the entirely app-powered technology in place with other company’s products, Mymanu is looking to integrate app-learning alongside cloud technologies and a built-in processor to, apparently, get the job done much better.

The company has its latest version of the headset on display in Vegas this week and early impressions are quite positive. The device is able to translate from English to Chinese successfully, but struggled a slight bit going from Chinese to English.

By the sounds of it, there are a few modes of functionality in place here as well. Using just your phone and the headset itself (or at least that’s how it will work come release date), the system will produce audio from your phone in the language of your choice, enabling you to communicate with those speaking a different language. Although not entirely clear at this point, it will likely also be able to listen to those people in group situations offering up translations in your native tongue via the headset.

As we mentioned above, Click+ also functions as your typical truly wireless headset. It uses NFMI tech to connect with your headset, as opposed to the inferior Bluetooth standard we are used to. It’s hard to say what the actual audio quality is like until we have had a chance to go hands-on in more typical environments, but here’s to hoping for the best. They are rated for 6 hours of use on a single charge.

Mymanu has scheduled the Click+ headphones for a March 2018 release date. Pre-orders for the multi-lingual headphones are already up for pre-order at $249, but the price will jump up to $300 by the time they finally release.

Stay locked to Toys as the week rolls on for all the best announcements from CES 2018.