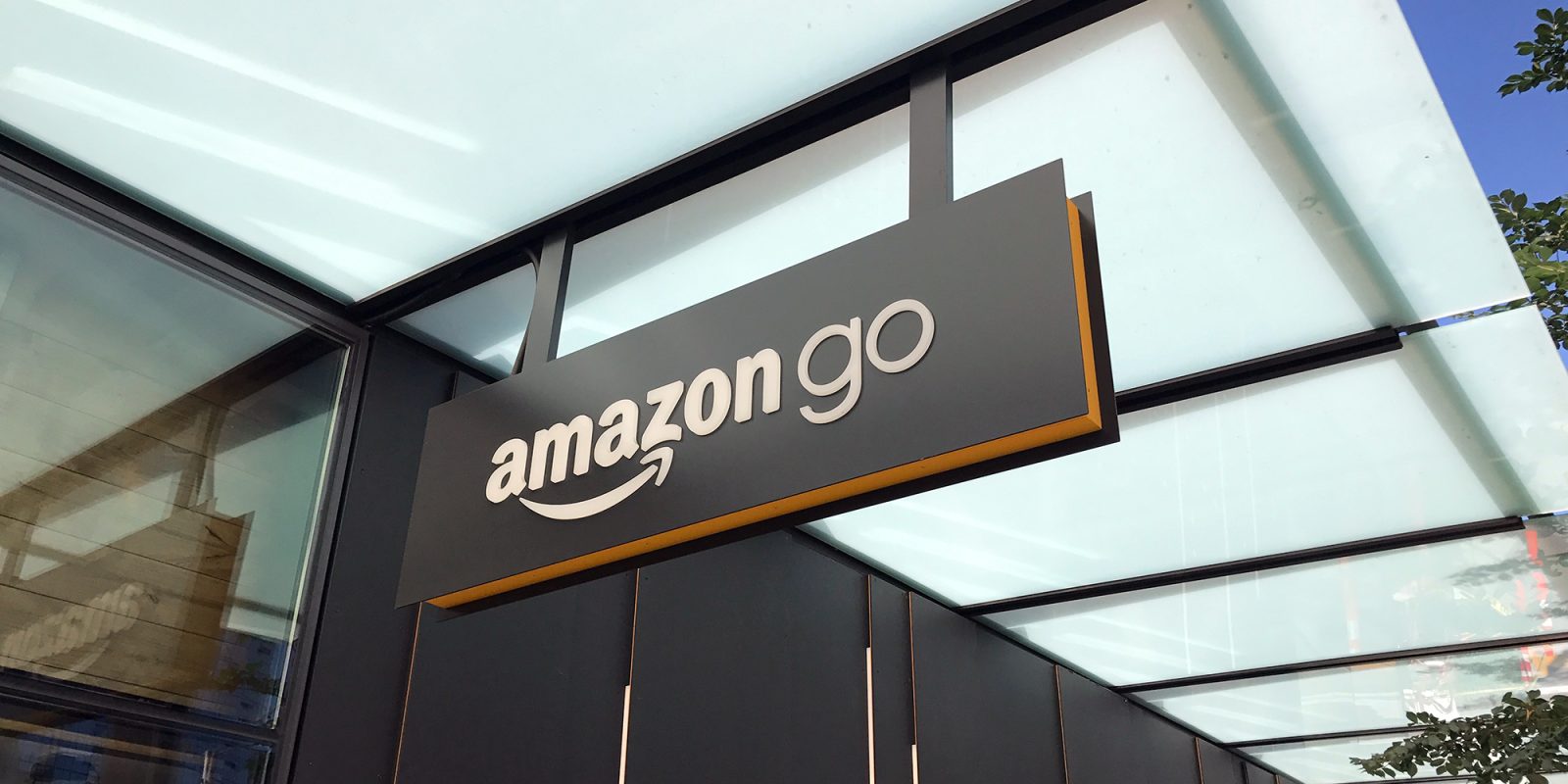 After acquiring Whole Foods back in the summer of 2017, Amazon has slowly begun rolling out details on its upcoming grocery store plans. It started with extra benefits for Prime members at Whole Foods locations and has slowly expanded to other areas. Amazon has been teasing its autonomous grocery store location for some time, but the Seattle-based shop has only been open to beta testers to date.

That is, until today. Amazon has officially opened its ‘Amazon Go’ grocery store across from its headquarters. The checkout-free shop has been tweaked and adjusted for over a year now, but is finally ready to hit the mainstream. Aside from relying on some cool tech to make it happen, the potential disruptions across this retail category could be far-reaching.

Amazon’s first ‘Go’ location is in downtown Seattle, on a very unassuming corner marked by a few signs. Shoppers will be able to walk right up to the doors and enter by scanning a smartphone app. The flagship location is 1,800-feet in size, so it’s more similar to a convenience store than a sprawling shop like Whole Foods.

Obviously one of the most notable differences is the lack of cash registers and checkout lines within the store. Shoppers will go from shelf to shelf, picking up any items on their lists and integrated technology in the store will automatically track purchases. A series of sensors and cameras, teamed with Amazon’s own deep learning technology allows the system to track your items and charge your account when you leave.

Our checkout-free shopping experience is made possible by the same types of technologies used in self-driving cars: computer vision, sensor fusion, and deep learning. Our Just Walk Out Technology automatically detects when products are taken from or returned to the shelves and keeps track of them in a virtual cart. When you’re done shopping, you can just leave the store. Shortly after, we’ll send you a receipt and charge your Amazon account.

The Seattle Amazon Go location is open from 7AM to 9PM Monday through Friday, with additional plans to open on the weekend in the near future. While the store is billed as being autonomous, it does have humans in the store stocking some items and making fresh bakery items. The primary goal of Amazon Go is to cut down on interactions that take time, such as checkout lines. If this proof of concept succeeds, look for Amazon to expand this service in due time. Amazon has said that it has no plans of bringing autonomous shopping to its Whole Foods locations.

Last summer, I was lucky to get a brief tour of the first Amazon Go location. Although it was still in beta form at the time, the manager was kind enough to offer some further details on the beta store. The interior is largely similar to most Whole Foods locations, but the overall footprint of the store is rather small. One reason is likely that the technology needed to track movements may be unable to support larger stores at this time. Something that I’m sure Amazon will solve in the future.

Amazon Go is officially open at 2131 7th Ave, Seattle, WA, near the corner of 7th and Blanchard. Have you visited? Let us know your thoughts down in the comments.