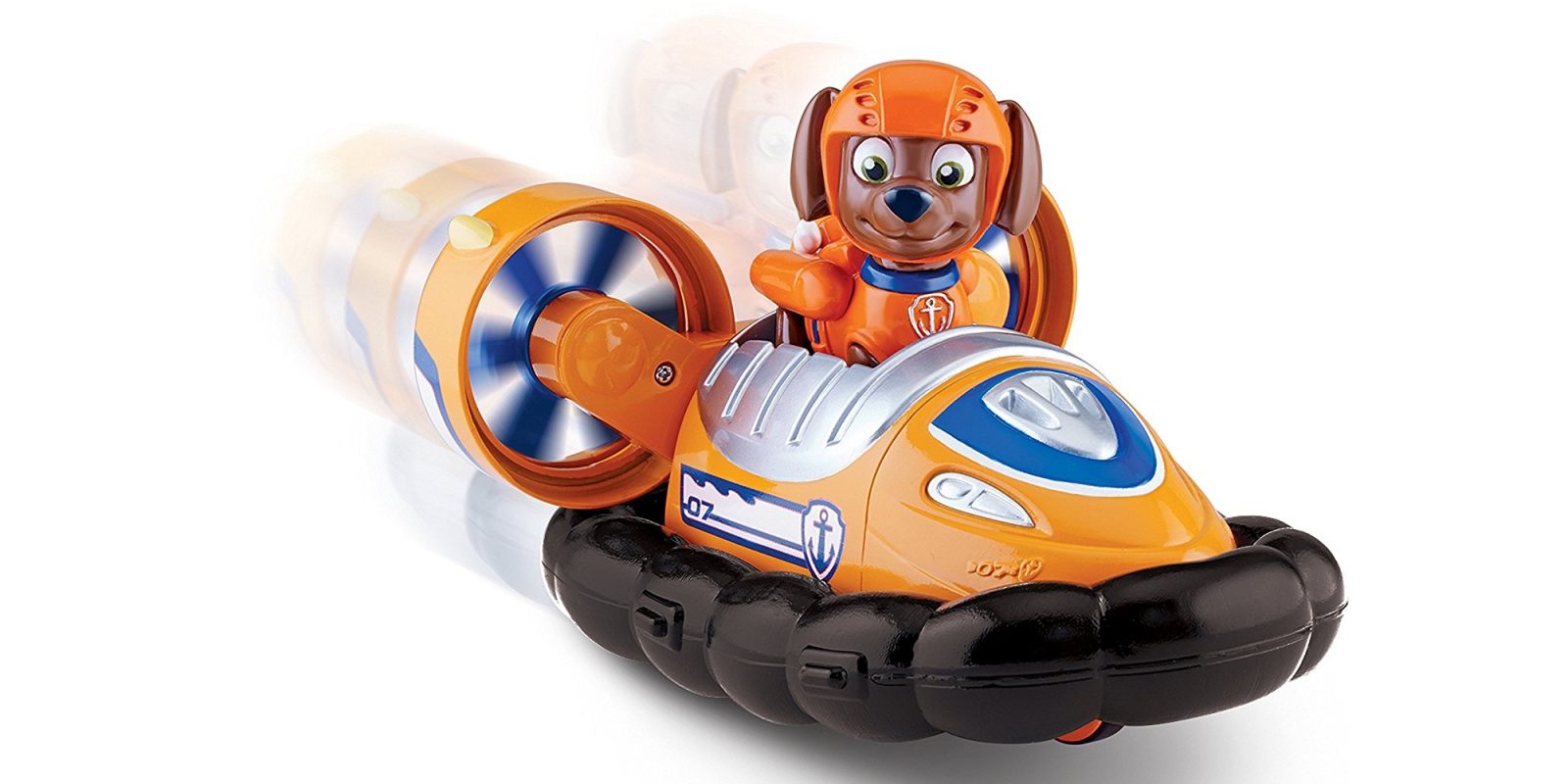 Amazon is offering the Paw Patrol Nickelodeon Zuma’s Hovercraft for just $7.99 Prime shipped (in-stock on February 7). Also at Walmart for the same price. That’s about $17 off the original listing and the lowest we’ve been able to find for it. Currently, it goes for $13 at Target. Rated 4.7/5 stars and its the #1 best selling toy in its category at Amazon.

Whether you float or hover you’ll discover the action-packed Paw Patrol adventure of Zuma’s Hovercraft! Save the day with this articulated pup and vehicle combination! It’s loaded with real working wheels and snap-fit fans that spin when you activate them! Race to the rescue with Zuma and the rest of the Paw Patrol by collecting the entire line of Paw Patrol vehicles! Together, your child’s imagination will be lit up with pup inspired rescue missions full of friendship, teamwork and bravery. Choose from Chase, Marshall, Skye, Rocky and Rubble, each with their own unique transformation! With Paw Patrol there’s no job too big and no pup too small. If danger is near just give a yelp, the Paw Patrol is here to help with Zuma’s Hovercraft!