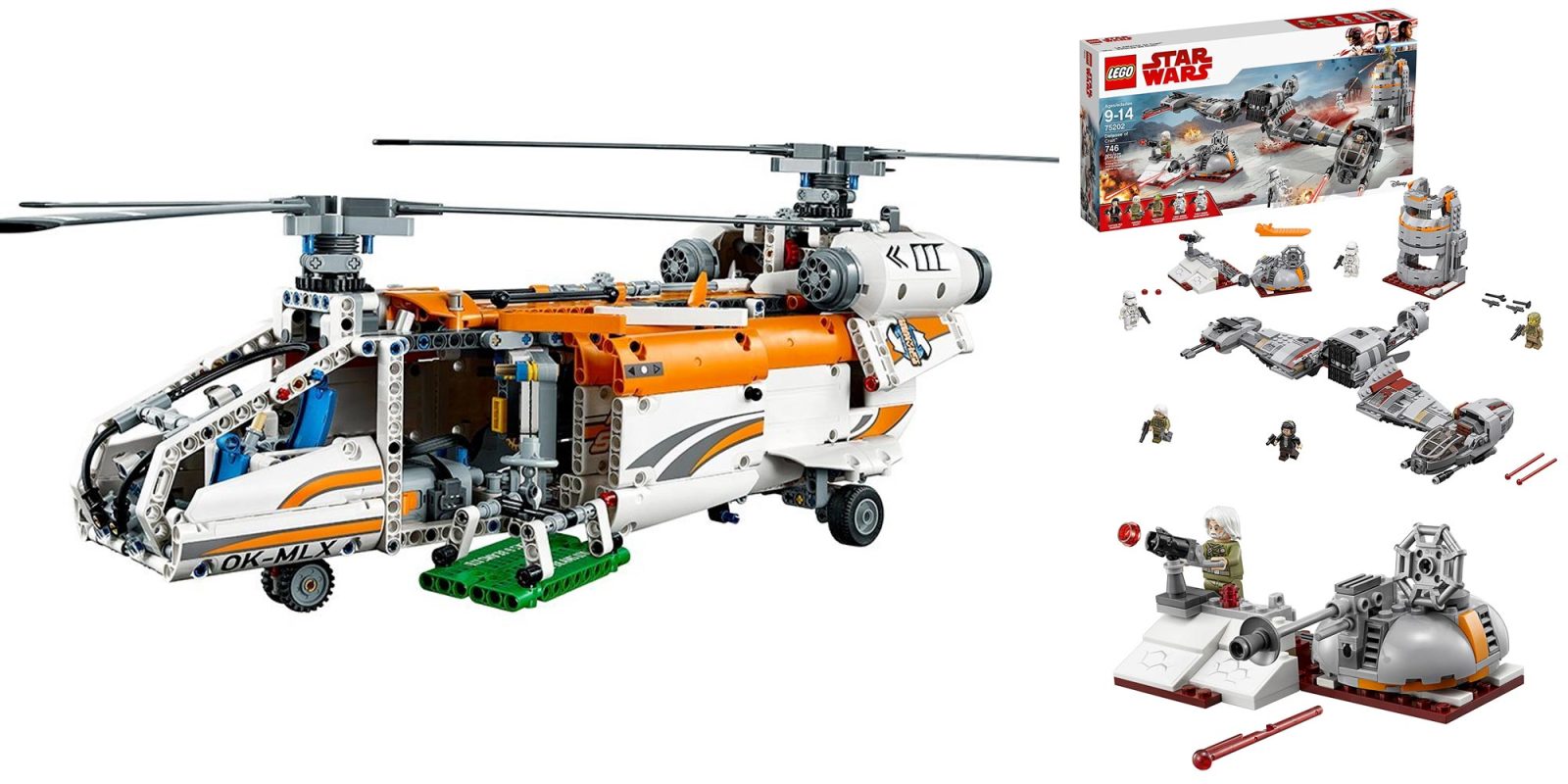 Amazon offers the LEGO Star Wars Defense of Crait (75202) 742-piece kit for $67.99 shipped. Normally $85, this is a match for Amazon’s all-time low and our last mention. Great for the Star Wars fan in your life, you can help them defend Crait against attack with included Captain Poe Dameron, Admiral Ematt, and more minifigures.

Also on sale is the LEGO Technic Heavy Lift Helicopter (42052) 1042-piece kit for $98.88 shipped. Also at Walmart. Generally, this set will fetch closer to $140, with this sale being its all-time low that we’ve tracked.

This exciting Defense of Crait LEGO Star Wars toy has everything a Resistance warrior needs to play out the epic final battle from Star Wars: The Last Jedi. The set features a highly detailed Resistance Ski Speeder with spring-loaded shooters, removable engine section, minifigure cockpit and a lowering stabilizer. There’s also a command tower with stud shooter on top and assorted weapons and tool elements, as well as a foldout trench section with rotating laser cannon and spring-loaded shooter, plus a gun emplacement with a stud shooter. Includes 5 minifigures.

From $68
You’re reading 9to5Toys — experts digging up all the latest technology and lifestyle deals, day after day. Be sure to check out our homepage for all the latest news, and follow 9to5Toys on Twitter, Facebook, and LinkedIn to stay in the loop. Don’t know where to start? Check out the best Apple deals, our daily podcast, and subscribe to our YouTube channel