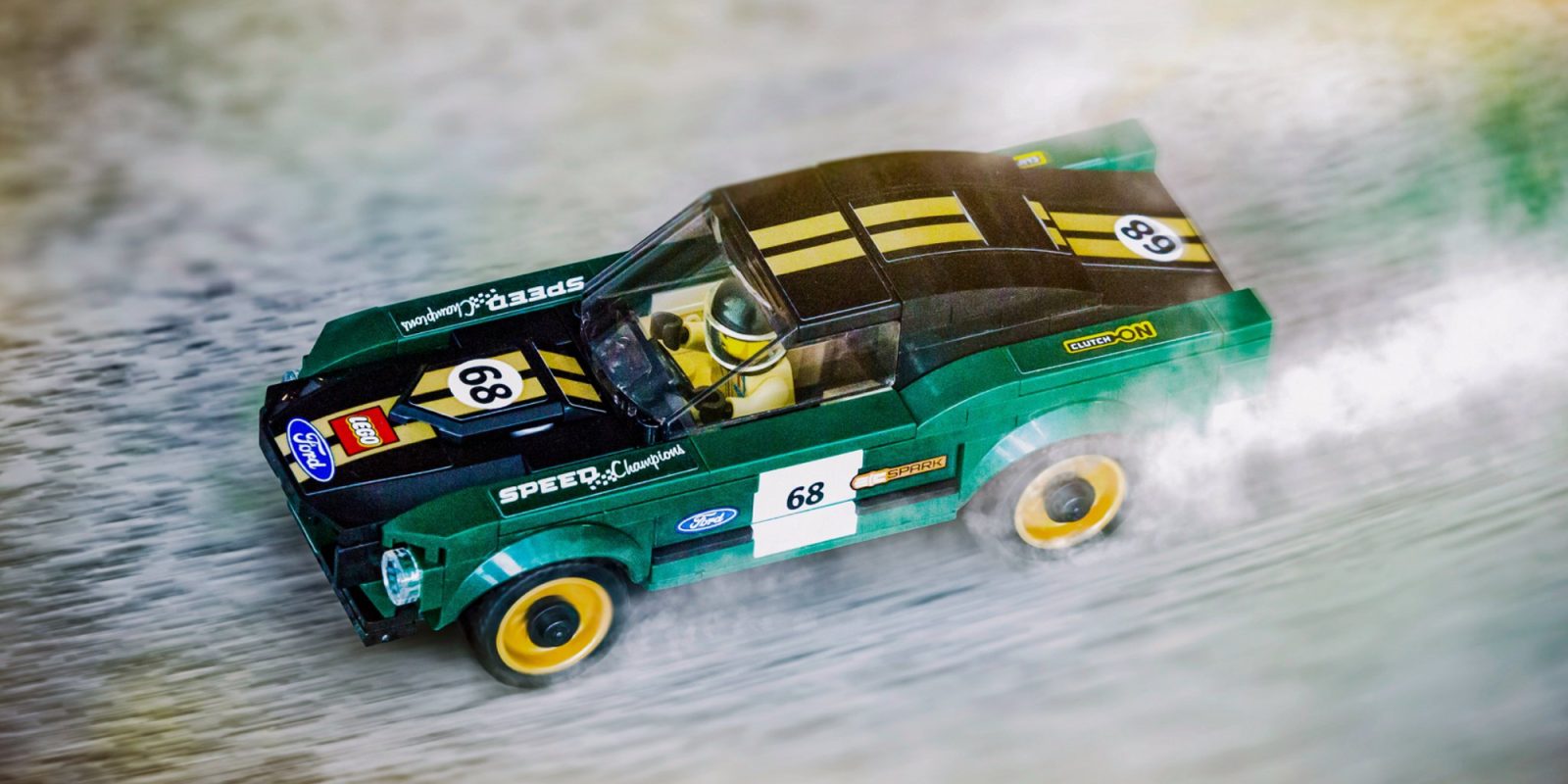 Car aficionados have turned their attention towards the Chicago Auto Show, looking to get a glimpse at the latest and greatest luxury rides and turbocharged engines. But in an unexpected twist, LEGO too has taken to the expo to reveal what will likely be the smallest debut. As the latest vehicle to get a brick-build rendition, today LEGO and Ford have teamed to announce the new 1968 Mustang Fastback.

Today’s announcement isn’t a first for LEGO, as the company’s lineup of collectible sports car models is packed with iconic cars, both old and new. Now the 1968 Mustang Fastback joins the ranks of the Mercedes-AMG, Ford GT and other cars to get the LEGO treatment. And while LEGO’s latest sports car kit isn’t as massive as its previously-announced Technic Bugatti Chiron, it’ll still be a set that vintage mustang fans will be aching to get their hands on.

As LEGO announced today at the Chicago Auto Show, the Fastback is the next iconic Ford car to join the Speed Champions kit lineup. Stacking up at under 200-pieces, the Mustang is comprised of primarily green elements, a callback to the popular choice of paint back in the Fastback’s glory days of the late 1960s. But despite clocking in with just 183-pieces, a part-count definitely on the low end, the new Ford kit packs many of the details needed to stand out as the iconic vehicle it is. 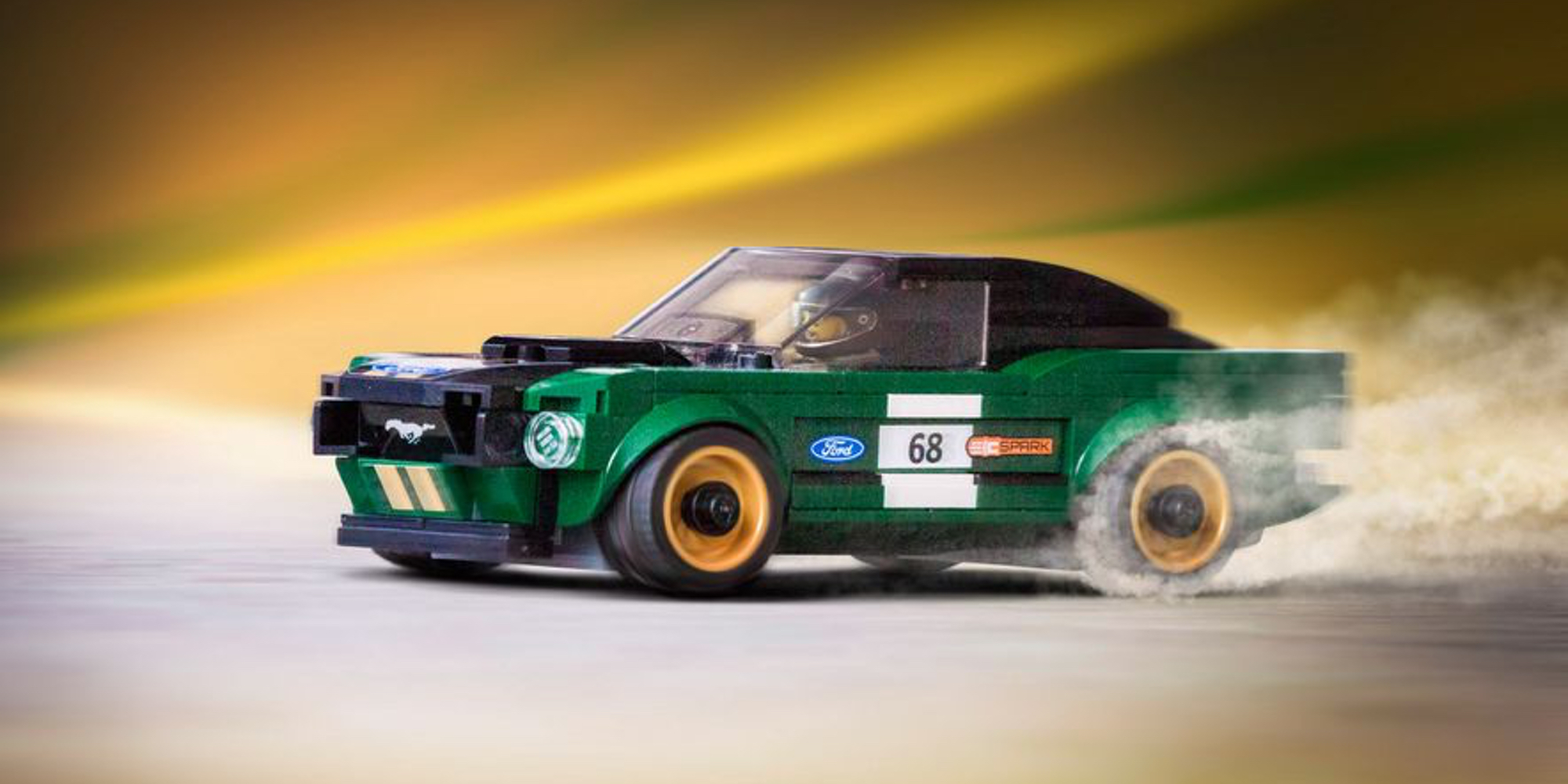 The Fastback is decked out with Ford insignias and also boasts other noteworthy additions like racing stripes, gold tires and more. And what good would a sports car be without driver, so the kit includes a racing-themed minifigure. It looks like the Mustang relies heavily on stickers, which is A-OK in my book for a set at this price point.

For fans turned off by the idea of a several-hundred dollar set like the upcoming Technic Bugatti Chiron supercar, today’s announcement will come with some good news. At just $15, the 1968 Mustang Fastback kit is definitely on the affordable side. And its smaller part count also makes it the perfect piece to adorn your desk, nightstand or collection of other Ford memorabilia. 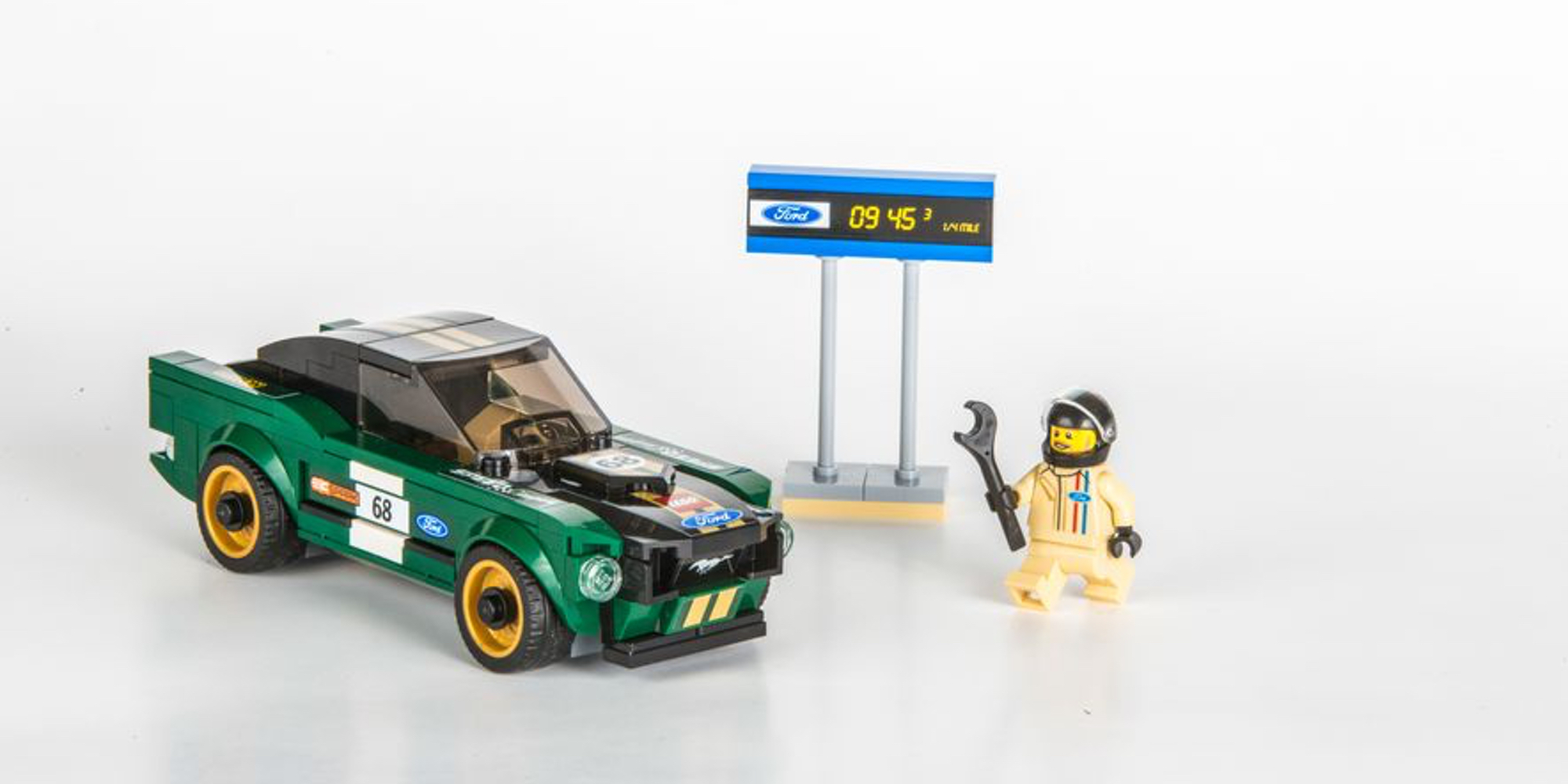 LEGO has yet to announce a release date on this set, but we expect it to hit store shelves in the near future. With the level of detail that has been packed into a set this inexpensive, I’m sure this’ll be a day-one purchase for many.