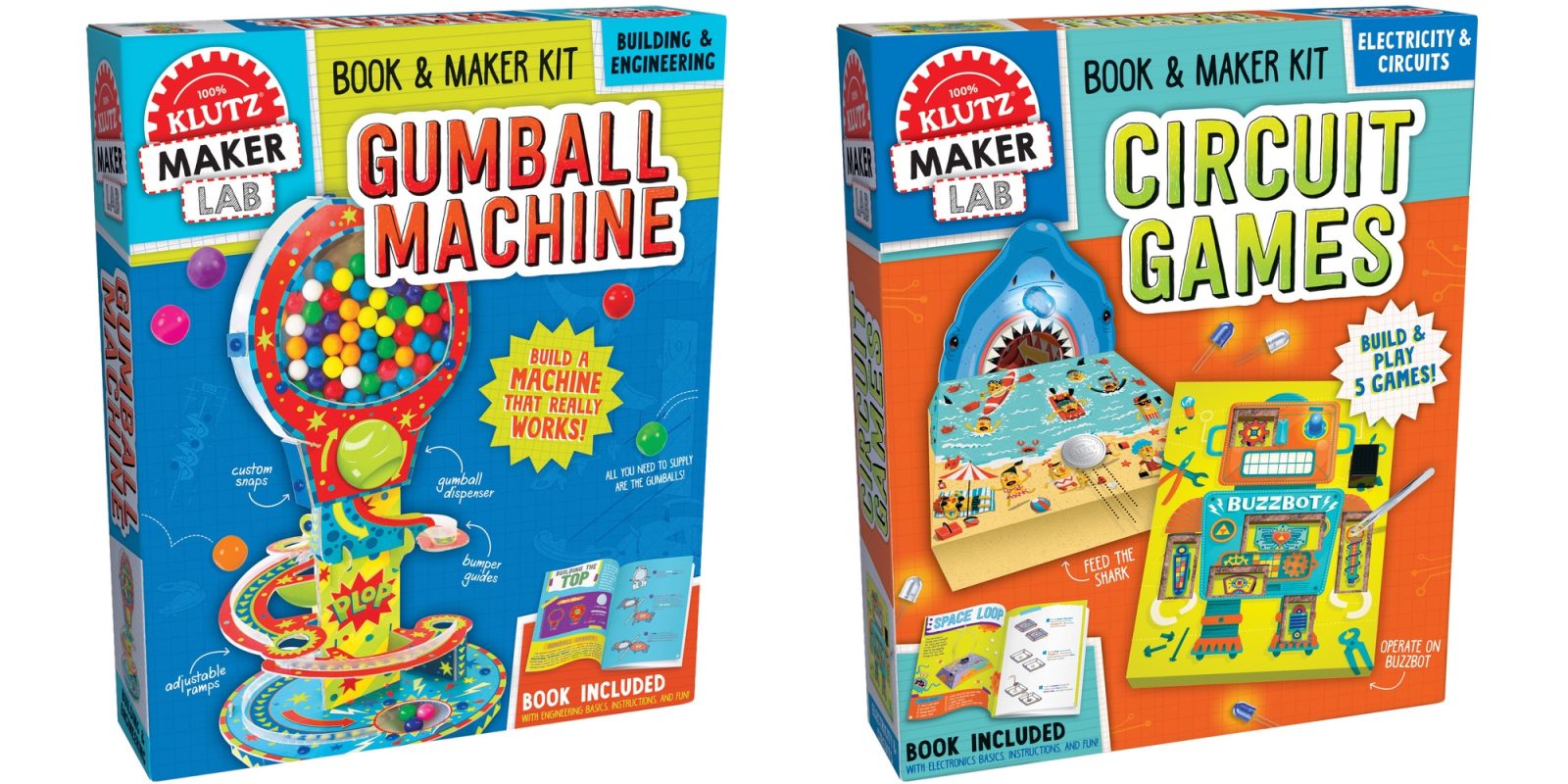 Toys that teach kids hands-on about robotics, science, math, and more are commonly known as STEM toys. A company called Klutz specializes in making educational and STEM toys for kids. The majority of the toys they create also have an extensive how-to component that helps kids truly understand the concepts they’re learning about. These book-based activity kits range from topics like robotics, engineering, circuits and even more. Here are the new kits that will take the stage at Toy Fair next week.

There are 21 new book based activity kits in all and they will be shown off at the company’s booth at Toy Fair 2018. One such kit is called the Klutz Maker Lab: Circuit Games where kids can build and play five different hands-on games. This kit is for kids ages 8 and up and will teach them how to build electronic circuits safely and from scratch. It also includes directions on how to assemble a quiz show board.

An example of one of Klutz’s successful kits from the past is its LEGO Make your own movie set that includes a guide to stop motion animation for kids. In the video below you can see just how that plays out.

Bring your LEGO minifigures to life with this beginner-friendly guide to stop-motion animation. Ten “Mini Movies” walk you through using your phone, tablet, or computer to make short, funny clips with step-by-step instructions.

Each LEGO Movie maker kit comes with a 78 page book that gives your kids ideas and inspiration to build with. Plus your child gets 36 official LEGO mini figures and movie props to set the stage. There’s also foldout paper backgrounds and animation frames that your kids can create with.

Klutz is also going to showcase four new titles for kids 4 and up from its Klutz Jr. line of toys. You can expect to see an assortment of LEGO gadgets as well coming from the toy maker at this years convention too.

Founded in 1977, Klutz has been engaging kids for decades with more than 110 million copies of its activity products in print, including such popular and award-winning kits as Cat’s Cradle®, Face Painting, Juggling for the Complete Klutz, and The Klutz Book of Paper Airplanes. Klutz’s unique combination of crystal-clear instructions, custom tools and materials, and hearty helpings of humor has kick-started creativity everywhere. Klutz is an imprint of Scholastic, the world’s largest publisher and distributor of children’s books.