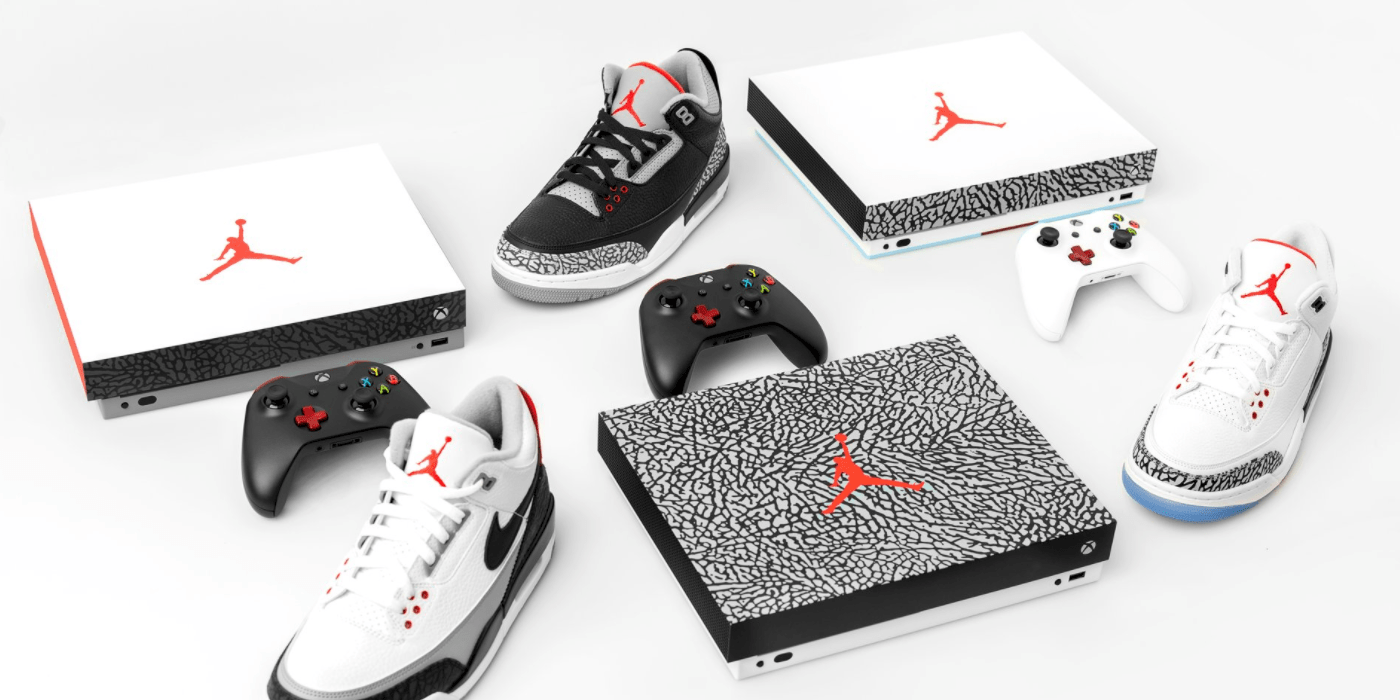 Xbox and Air Jordan are teaming up for the first ever official collaboration between the two iconic brands. Over the next few weeks some of the most popular Jordans in history are getting a special re-release in 3 limited colorways. And to make the occasion even more special, Microsoft is creating 3 special edition Xbox One X consoles directly inspired by the design cues from the new shoes.

Xbox tends to jump in with other brands for these special giveaways, contests and limited edition runs, but this is apparently the very first official collaboration with the Jordan brand.

The special run consoles are based on the Air Jordan III Free Throw Line that released on Valentine’s Day and is inspired by Michael Jordan’s historical performance at the 1988 slam dunk contest.

The Air Jordan III Black Cement drops on the 17th and the Air Jordan III Tinker, which was named after the shoes iconic designer Tinker Hatfield, drops on March 24th. In fact, the Tinker is said to be based on what Hatfield’s original design for the shoe was going to be.

As you can see from the images, the Xbox One X design perfectly matches the vibe of the shoes. Cement print and various black, white and orange color blocking set off the design just right. That Jumpman logo doesn’t hurt either. While I’m mostly opposed to special edition consoles due to pricing or simply looking odd in the living room, as a serious Jordan sneaker fan, these are pretty fantastic. 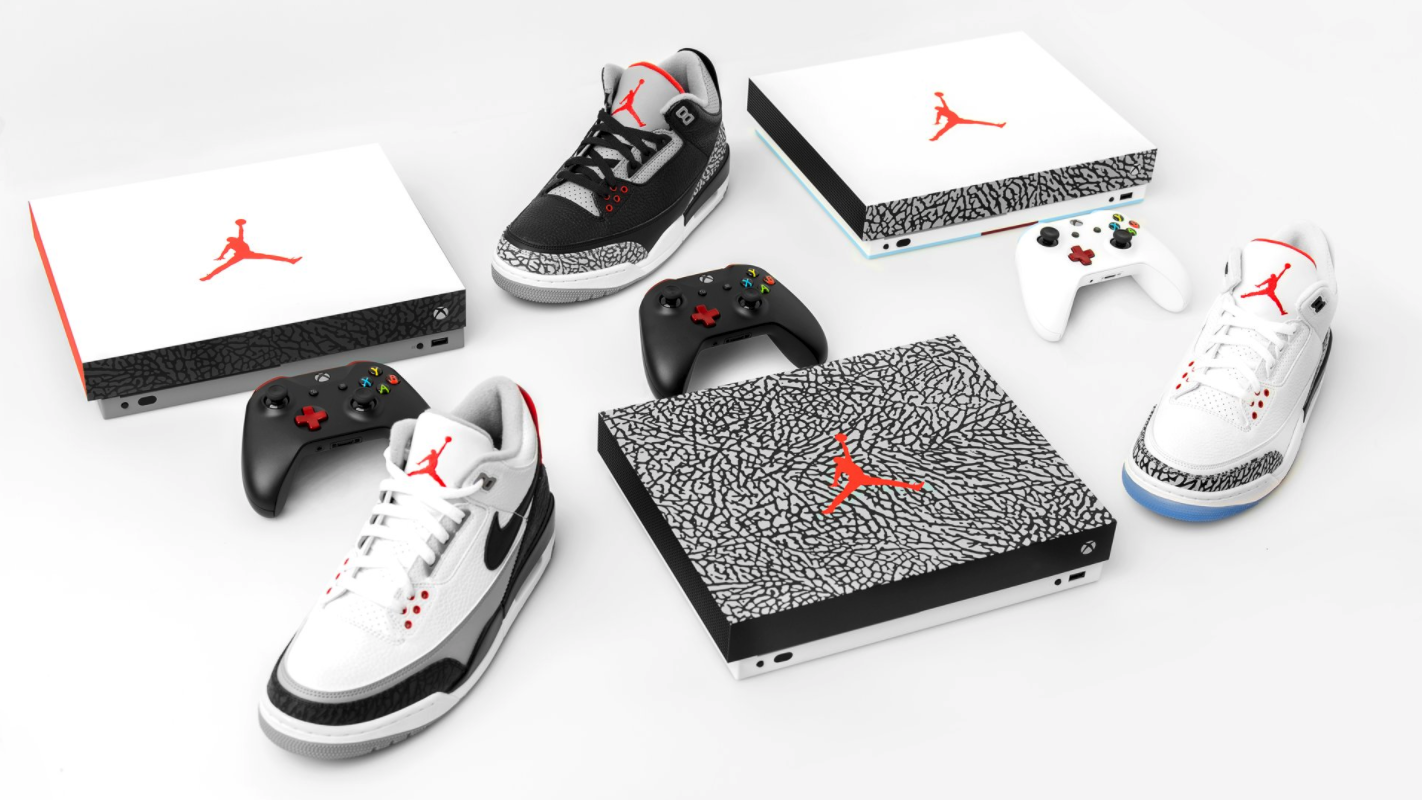 The Free Throw Line Xbox One X pays homage to the unforgettable dunk by Michael Jordan in 1988. The Black Cement Xbox One X is inspired by the sneakers with all the same detailing which made these, considered by many, the greatest sneakers of all-time, and the Tinker Xbox One X showcases Tinker Hatfield’s original design for what the shoe was going to be.

The bad news (I’m assuming you were expecting this?) is these consoles might be even harder to get your hands on than the shoes themselves. But three lucky winners will receive the special edition console and the shoes to match.

You’ll have to enter a content giveaway via the Xbox Twitter page. You’ll have from February 16th at 6am PT to Wednesday, February 21 at 10 p.m. PT to try to win the bundle. Here are the complete details on the sweepstakes from Microsoft.

Having the world’s most powerful console meet a legendary brand like Jordan for the first time ever is something truly special for sneakerheads and gamers everywhere.

Come join us to honor and celebrate two brands we love. I cannot wait to see these kits in the hands of some very lucky fans.