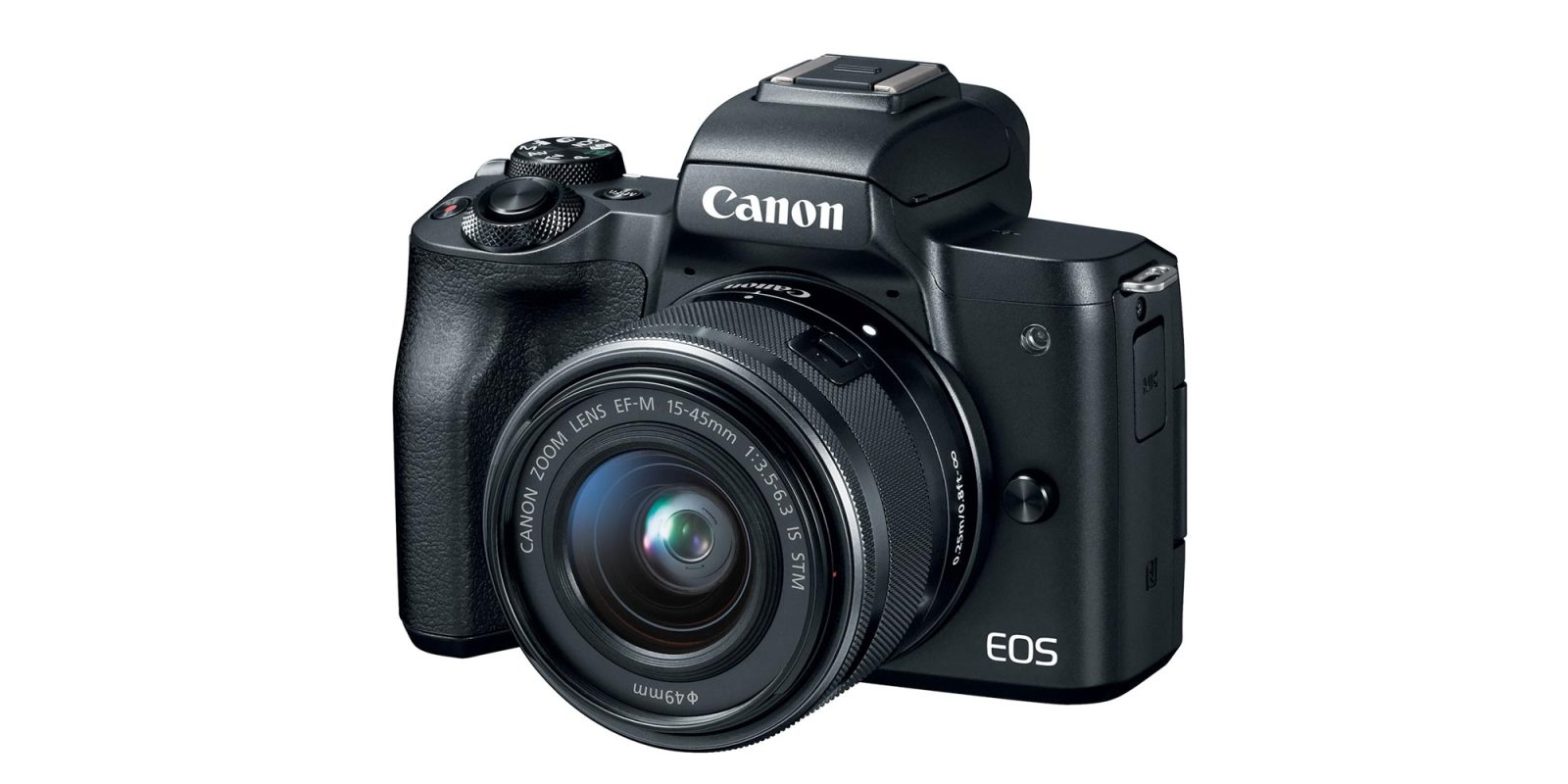 Canon has long made cameras that many people have loved and adored. In fact, I still have a Canon T3i that I use as a b-camera when doing video and my primary photo camera. One thing that Canon has lacked for years, however, is a budget-friendly consumer-focused 4K DSLR.

Sure, Canon has 4K offerings with its C200, 5D Mark IV, and 1DX Mark II, but these cameras are not focused on average consumers and are priced accordingly. Thankfully, the Canon EOS M50 is Canon’s entry into beginner 4K cameras and starts at $780, which is a great price for the features you’ll get.

The Canon EOS M50 isn’t a full-sized DSLR, though it has several features from its bigger brothers. The M50 does feature interchangeable lenses so you aren’t stuck at a single focal length and can upgrade lenses as you see fit.

Canon touts the EOS M50 as an entry-level camera with an “extensive list of user-friendly features.” With improved Dual Pixel autofocus, an upgraded 24.1MP APS-C CMOS sensor, and 4K recording capabilities, the EOS M50 is a great starter camera for someone who is already invested in Canon’s ecosystem.

The EOS M50 is part of Canon’s M-series of cameras, which are the company’s mirrorless offerings. You’ll use EF-M lenses, which are a derivative of Canon’s long-standing EF line. However, Canon offers an EF-M to EF adapter so you can use the original EF lenses on your EOS M50 camera. 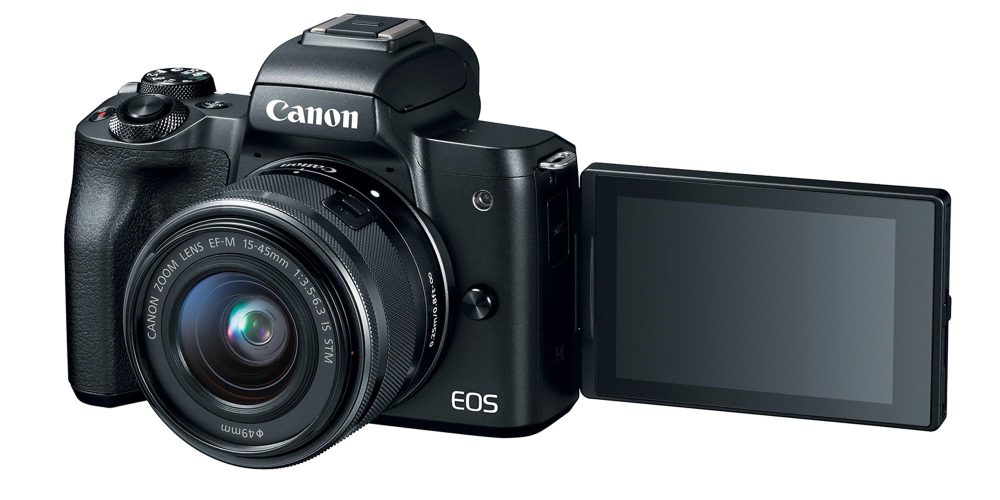 This means that for just $200 extra (so now you’re right at $1,000), you’ll have a 4K-capable Canon camera that can use with your existing lineup of Canon EF lenses. If I didn’t already have my Panasonic Lumix G7, I’d be really tempted by the EOS M50 and adapter.

One thing to note is that when you shoot in 4K mode, your autofocus will drop back to contrast AF, which isn’t as good as dual pixel. If you rely heavily on autofocus, then this is something that could be a massive drawback to you. Do keep in mind this is Canon’s first attempt at budget/consumer friendly 4K cameras, so we know there will only be more improvements made over time. 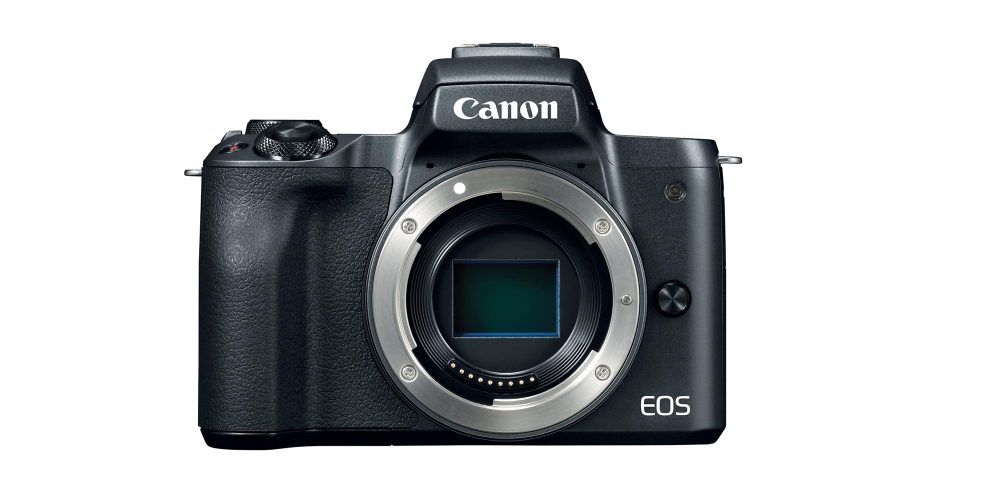 Also, keep in mind that the 4K shooting capabilities are limited to 24p, so you’ll only be able to record 4K in 24FPS. While most people shoot in 24p, including most major motion pictures, the ability to shoot in 30p or 60p would have been nice to see.

Canon is set to release the EOS M50 to the masses in April 2018 for a starting price of $779.99 for the body only. If you’d rather get the camera bundled with an EF-M 15-45mm f/3.5-6.3 lens, you’ll need to spend a bit more at $899.99. There are other options available that offer progressively better lenses for more money, but those details will come closer to release.

MELVILLE, N.Y., February 25, 2018 – Upgrading from a smartphone camera to an entry-level interchangeable lens camera (ILC) can be considered to some people a daunting task. Canon U.S.A., Inc., a leader in digital imaging solutions, supports those looking to advance their skills by continuously developing and evolving its gear. Today, the company announced their latest additions to its all-encompassing lineup of digital cameras: the EOS M50 Interchangeable Lens Camera, the first Canon EOS M-series camera with 4K video recording which is four-times the size of full HD 1080, and the EOS Rebel T7, the latest addition to the wildly popular EOS Rebel line of entry-level DSLR Cameras, with an upgraded CMOS sensor to deliver sharp, high-resolution images to capture life’s key moments.

For photographers actively seeking to upgrade their skills, the EOS M50 is an all-around, entry-level camera with an extensive list of user-friendly features that encourages users to broaden their creative visions. Providing improved Dual Pixel CMOS AF, a 24.1MP APS-C CMOS sensor resulting in less noise and high definition in low-light situations, and the capability of recording 4K video, the EOS M50 will capture crisp, photographic expressions in various situations.

“Our core goal when developing new entry-level interchangeable lens cameras for our consumers is to meld high-quality features and usability together. In listening to our customers, we believe we have achieved this goal with both the EOS M50 and EOS Rebel T7, ” said Yuichi Ishizuka, president and COO, Canon U.S.A., Inc. “With enhanced features for photographers of all skill levels to enjoy, both cameras demonstrate Canon’s commitment to developing and manufacturing best-in-class quality imaging solutions.”

Additional features of the EOS M50 include:

The EOS Rebel T7 DSLR camera, featuring an upgraded CMOS sensor of 24.1 megapixel resolution, is the successor to the EOS Rebel T6. Offering easy sharing of high-quality photos and videos on social media sites, the EOS Rebel T7 provides continuous shooting up to 3.0 frames per second (fps), a nine-point autofocus system and a three-inch LCD monitor, offering users a multitude of options to capture and share life’s important moments.

Additional features of the EOS Rebel T7 include:

For an additional cost, both products are also eligible for the reliable protection of CarePAK PLUS, Canon’s optional service plan, which includes accidental damage protection and Image Recovery, designed to retrieve irreplaceable images or videos otherwise lost or corrupted. CarePAK PLUS, along with all Canon camera service plans, is performed exclusively by Canon’s renowned service and support team.