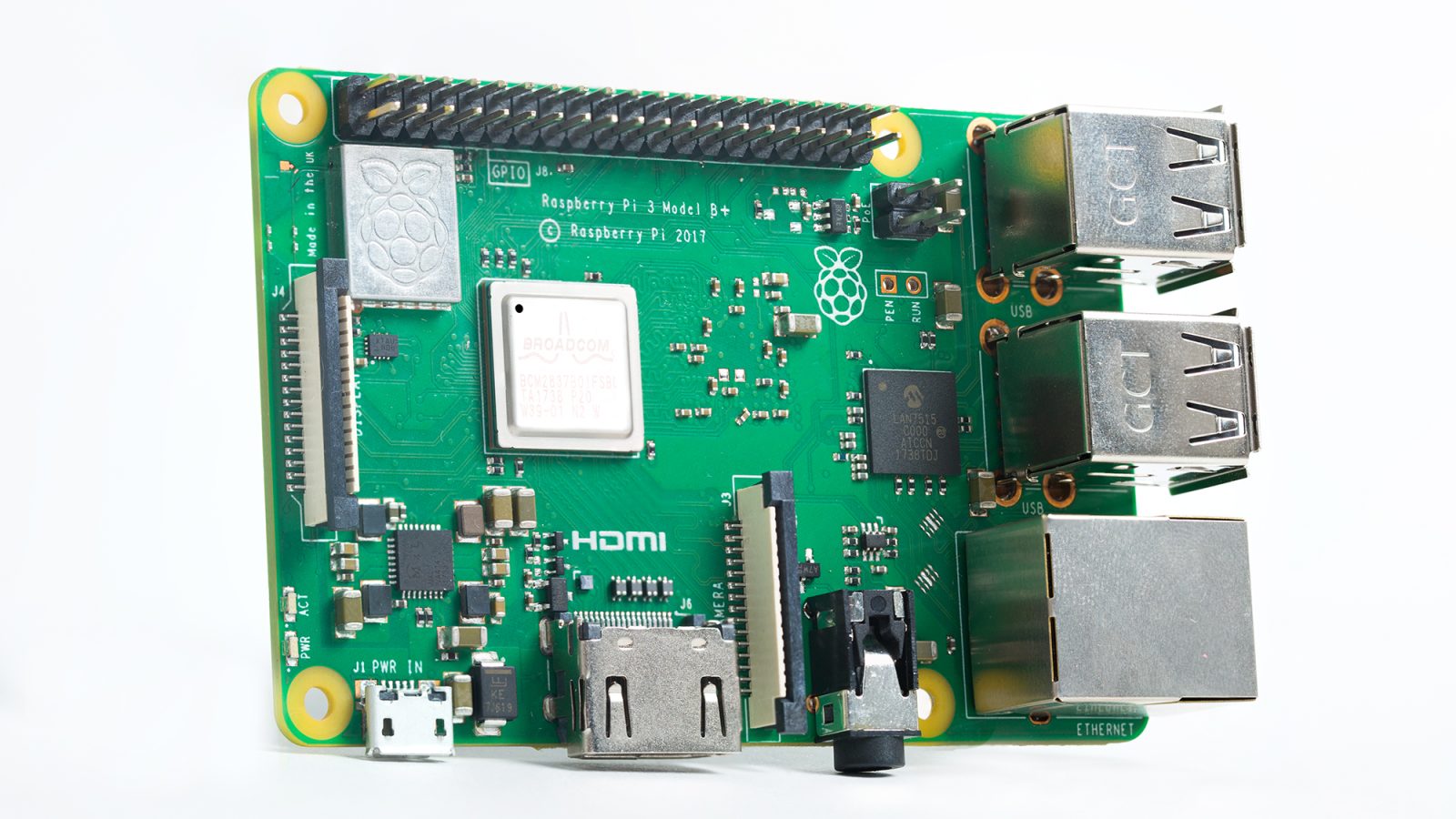 It’s been two years since we’ve heard from the Raspberry Pi Foundation, as its Pi 3 Model B has enjoyed quite a bit of success. In fact, the total number of these DIY-friendly kits sold has now totaled over 19-million. Raspberry has historically been known to be slow on the upgrade cycle, with just a few simple changes being employed when a new product is introduced. Naturally, on Pi Day, it would take the opportunity to introduce its latest microcomputer, the Pi 3 Model B+.

With upgraded processing power and improved network connectivity, this new iteration continues the legacy of affordable computing for all ages.

Today’s upgrade is primarily focused on small bumps across the board on speed, performance and connectivity. Most notable is the Pi 3 Model B+ processor, which is handled by a 1.4GHz quad-core Broadcom BCM2837B0 chip. That’s a 200Hz bump from the previous generation model sported by the original Pi 3. An improved design all around delivers greater integrity for higher-powered chips that put off more heat.

On the networking side of things, Raspberry Pi is introducing a few enhancements that DIYers should notice. The Model B+ delivers dual-band Wi-Fi connectivity with support for 2.4GHz and 5GHz connectivity. There’s also gigabit ethernet support over USB 2.0 with the option of using powered ethernet (with separate PoE HAT), which is just beginning to see support on a broader scale. Bluetooth 4.2 and LE round out the list of connectivity options on this release.

The latest Raspberry Pi release will continue the long-standing tradition of being listed at $35. At this time, previous generation models are still going to be offered as well, including the budget-friendly Model A at $20. As well, Raspberry Pi 1B+, Raspberry Pi 2B, and Raspberry Pi 3B are slated to retail for $25, $35, and $35.

Raspberry Pi has always enjoyed a robust community that loves tinkering and building DIY projects. There are a number of ways to get started, but we recommend these all-in-one kits that included cases, cables, software and more. This bundle from Vilros has excellent ratings and a $50 price tag that won’t break the bank.

If you’re looking for ways to jump into Raspberry Pi, we recommend this handy getting started guide that is packed with projects and step-by-step instructions. Hitting up the community on Reddit is also a great way to get your feet wet. Are you interested in Raspberry Pi? Have projects to show off? Let us know down in the comments below.

Here’s a long post. We think you’ll find it interesting. If you don’t have time to read it all, we recommend you watch this video, which will fill you in with everything you need, and then head straight to the product page to fill yer boots. (We recommend the video anyway, even if you do have time for a long read. ‘Cos it’s fab.)

Those Raspberry Pi watchers will know that we have a history of releasing improved versions of our products a couple of years into their lives. The first example was Raspberry Pi 1 Model B+, which added two additional USB ports, introduced our current form factor, and rolled up a variety of other feedback from the community. Raspberry Pi 2 didn’t get this treatment, of course, as it was superseded after only one year; but it feels like it’s high time that Raspberry Pi 3 received the “plus” treatment.

Alongside a 200MHz increase in peak CPU clock frequency, we have roughly three times the wired and wireless network throughput, and the ability to sustain high performance for much longer periods.

Raspberry Pi 3B+ is available to buy today from our network of Approved Resellers.

Roger Thornton did the design work on this revision of the Raspberry Pi. Here, he and I have a chat about what’s new.

The new product is built around BCM2837B0, an updated version of the 64-bit Broadcom application processor used in Raspberry Pi 3B, which incorporates power integrity optimisations, and a heat spreader (that’s the shiny metal bit you can see in the photos). Together these allow us to reach higher clock frequencies (or to run at lower voltages to reduce power consumption), and to more accurately monitor and control the temperature of the chip.

Dual-band wireless LAN and Bluetooth are provided by the Cypress CYW43455 “combo” chip, connected to a Proant PCB antenna similar to the one used on Raspberry Pi Zero W. Compared to its predecessor, Raspberry Pi 3B+ delivers somewhat better performance in the 2.4GHz band, and far better performance in the 5GHz band, as demonstrated by these iperf results from LibreELEC developer Milhouse.

The wireless circuitry is encapsulated under a metal shield, rather fetchingly embossed with our logo. This has allowed us to certify the entire board as a radio module under FCC rules, which in turn will significantly reduce the cost of conformance testing Raspberry Pi-based products.

Previous Raspberry Pi devices have used the LAN951x family of chips, which combine a USB hub and 10/100 Ethernet controller. For Raspberry Pi 3B+, Microchip have supported us with an upgraded version, LAN7515, which supports Gigabit Ethernet. While the USB 2.0 connection to the application processor limits the available bandwidth, we still see roughly a threefold increase in throughput compared to Raspberry Pi 3B. Again, here are some typical iperf results.

We use a magjack that supports Power over Ethernet (PoE), and bring the relevant signals to a new 4-pin header. We will shortly launch a PoE HAT which can generate the 5V necessary to power the Raspberry Pi from the 48V PoE supply.

Raspberry Pi 3B was our first product to support PXE Ethernet boot. Testing it in the wild shook out a number of compatibility issues with particular switches and traffic environments. Gordon has rolled up fixes for all known issues into the BCM2837B0 boot ROM, and PXE boot is now enabled by default.

The improved power integrity of the BCM2837B0 package, and the improved regulation accuracy of our new MaxLinear MxL7704 power management IC, have allowed us to tune our clocking and voltage rules for both better peak performance and longer-duration sustained performance.

Below 70°C, we use the improvements to increase the core frequency to 1.4GHz. Above 70°C, we drop to 1.2GHz, and use the improvements to decrease the core voltage, increasing the period of time before we reach our 80°C thermal throttle; the reduction in power consumption is such that many use cases will never reach the throttle. Like a modern smartphone, we treat the thermal mass of the device as a resource, to be spent carefully with the goal of optimising user experience.

This graph, courtesy of Gareth Halfacree, demonstrates that Raspberry Pi 3B+ runs faster and at a lower temperature for the duration of an eight‑minute quad‑core Sysbench CPU test.