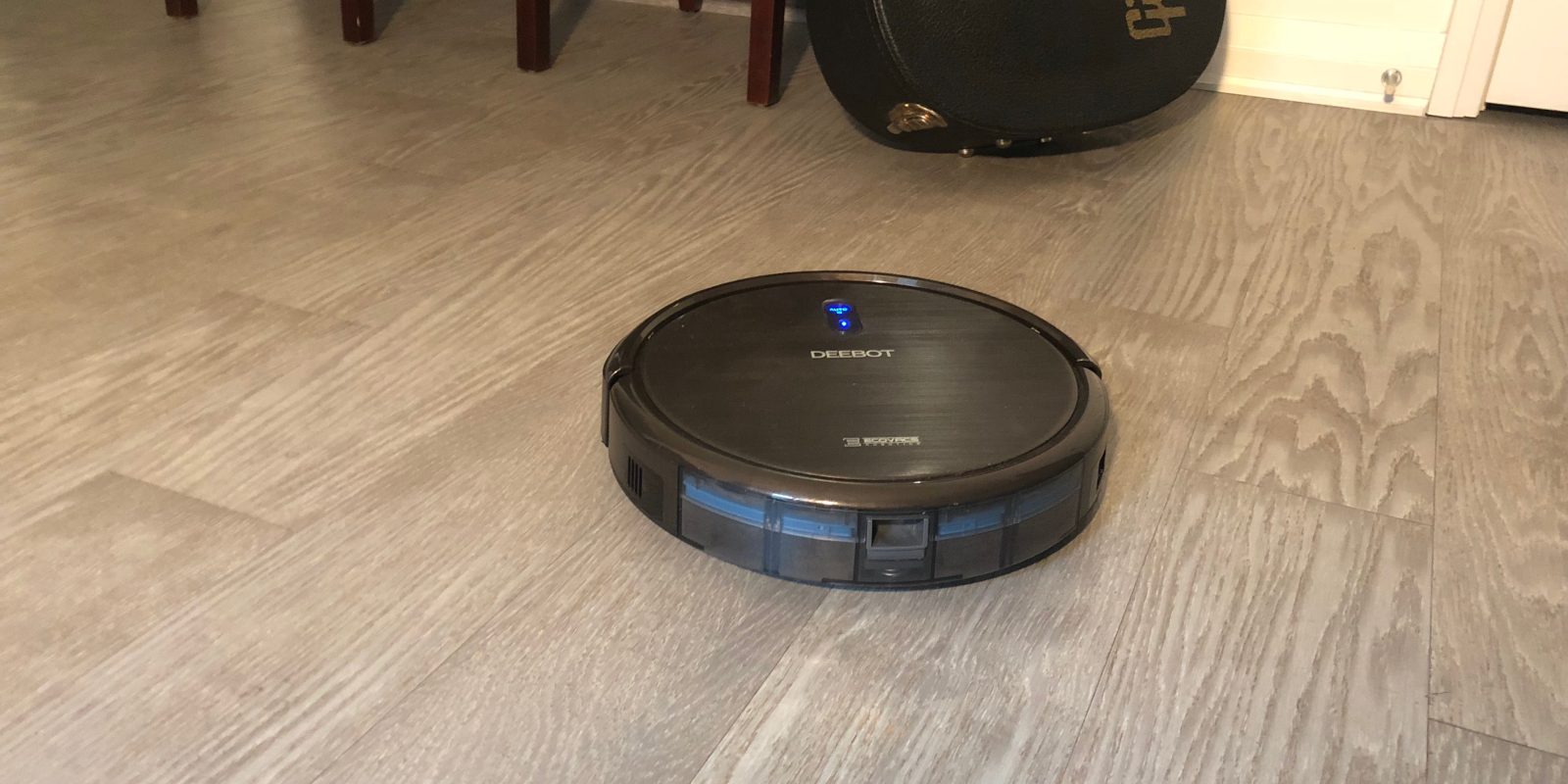 Well I have to admit, I’m a little late to the party when it comes to robot vacuums. My extended family and friends have been adopting them into their homes for a while now, so it’s time I did the same. My personal requirements aren’t overly exhaustive and I wanted to try something that wasn’t too expensive for my first go around. ECOVACS has been making a good name for itself in the space with its affordable products, so the new DEEBOT N79S Robot Vacuum Cleaner seemed like a great candidate.

The folks over at ECOVACS were kind of enough to let us take one for a spin for a few weeks to give it a try and let you guys know what we thought.

Considering this model only goes for $250 (and you can grab one for only $200 right now), we weren’t expecting to see all the bells and whistles, but rather a simple to use and effective way of keeping things tidy without breaking the bank. And that’s exactly what we got.

Now I wasn’t expecting much outside of a hard plastic case in a cardboard box in terms of build quality, and that is pretty much what you’re getting here. ECOVACS does however include the small charging base/power adapter, a main utility brush and the small round bristles that affix to the bottom of DEEBOT in order to help him with the corners. There is also a small remote that offers a very similar set of features as the ECOVACS app for iOS and Android.

While there weren’t many surprises in this department, I do think the small bristles that attach to the unit’s underside seem slightly flimsy and aren’t quite as durable as I would have liked. I can see these needing to be replaced at some point down the line.

As for set up, I mean everything happened in a couple of minutes without any issues. That’s including getting the app to recognize the new DEEBOT and setting up your first scheduled cleaning. No complaints here. The N79S model supports voice control through your Alexa-enabled products and you’ll find a Max suction mode for extra messy jobs not found on the N79 model (currently $50 off).

The app also sports a few different cleaning modes including Spot cleaning, Edge and Room settings. Personally, I found the simple Auto and Scheduling modes to be the best, allowing DEEBOT to just do his thing without me needing to intervene very much at all. After all, that is essentially the point of these things, I think.

The N79S is your basic cleaning robotic vacuum with a simple 3-stage vacuuming system that has worked great on hardwood floors, tiling and area rugs thus far. Its built-in lithium battery will run for 100+ minutes straight before it heads back to the small charging base on its own to juice up. You’ll also find drop and bump protection which stops the little guy from falling down the stairs or knocking into the walls (or your sleeping dog) too hard.

So far so good. The N79S has done a great job of keeping my condo clean and has no issues navigating its way from room-to-room, corners and all.

Now there are a few weird angles here (where the TV stand meets the wall, quite close to the balcony doors), that DEEBOT just does not seem to make his way into. But outside of literally a couple odd angles, my floors have been dust free for weeks now, without me doing a thing. 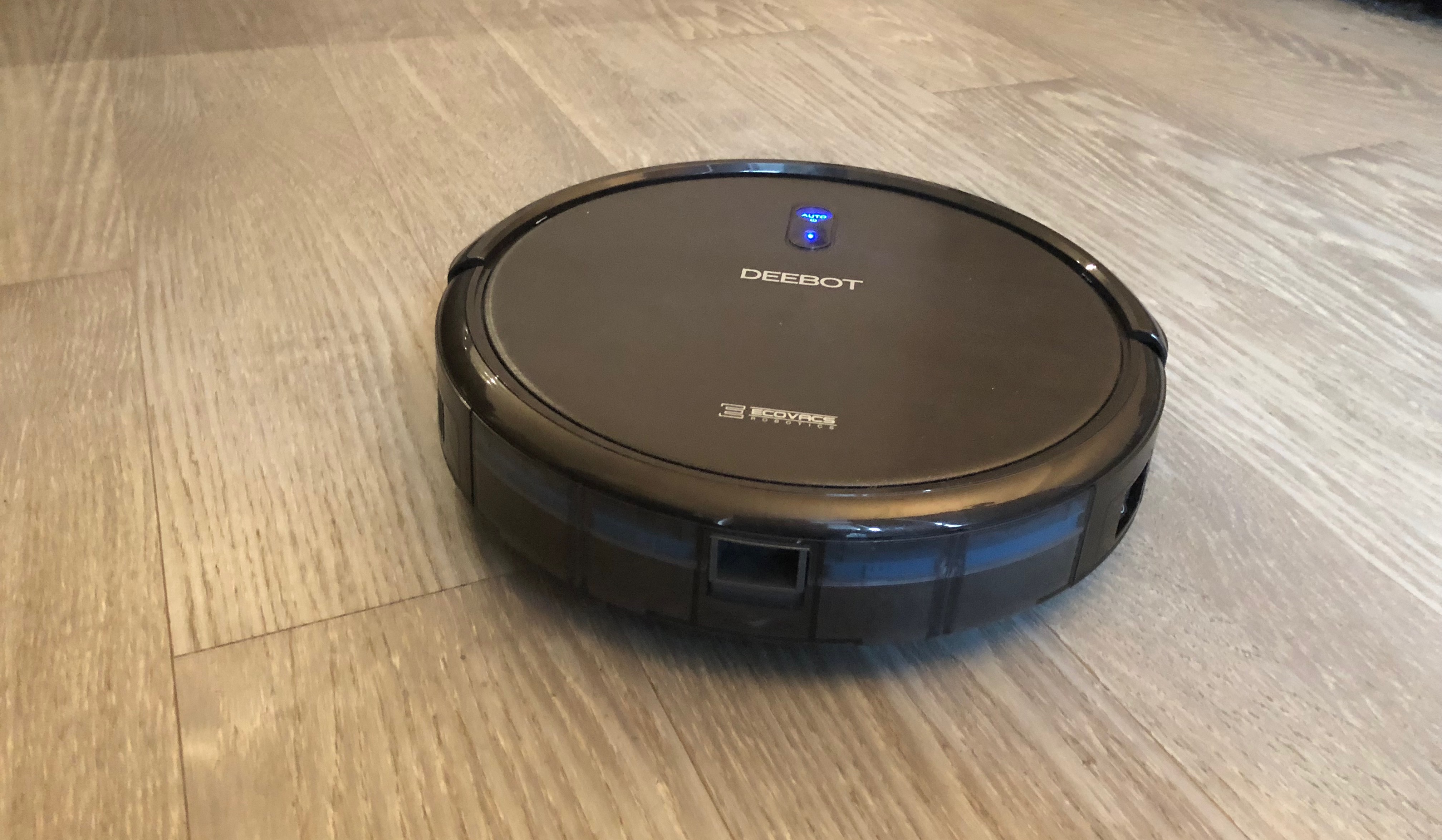 Should You Buy It?

I can see some users preferring to lock DEEBOT into the bathroom, for example by closing the door on him while he bounces around in there for a while. But I found that just using a simple scheduling system, letting DEEBOT work his magic when I wasn’t around, worked great. It eventually made its way around and got the job done outside of the aforementioned corners. A quick decor adjustment cleared all that up quite easily though.

Just as quick disclaimer here: I live in a considerably small 1 bed plus den downtown condo. It is very flat and the rooms are simple in shape. There are no stairs or bumps in the road of any kind outside of the change in flooring. Having said that, DEEBOT was more than capable of navigating through the mess of wires and recording gear littering my home office/studio at any given time.

All in all I would have to say DEEBOT N79S was the perfect robot vac for me. I can see those with larger homes and more particular demands on what rooms to vacuum requiring a bit more of an advanced setup, but for me, the N79S is a great choice.

It would have been nice if it was a little bit quieter when running, but it’s not so loud that it will be overly disturbing while you’re lounging on the couch (or reviewing a robot vacuum in the other room).