AMC announces Stubs A-List for $20/mo, includes 3 movies of any format per week 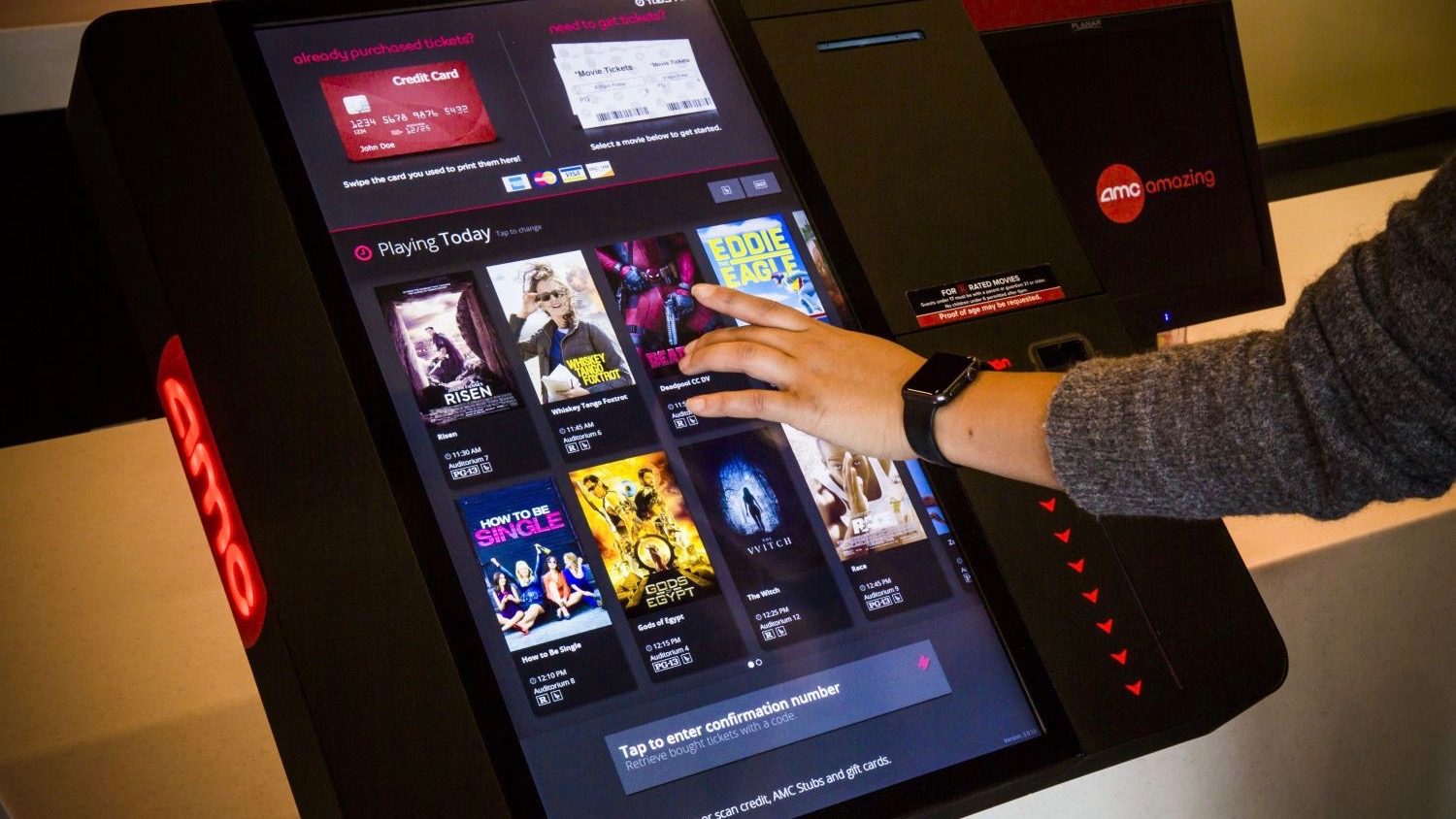 Movie subscription services have been around for ages. Starting with Netflix and other similar services with DVD mail-order options, we’ve now moved onto plans that allow you to see movies in theaters for a monthly fee. At the head of this service category is MoviePass, but AMC is looking to dethrone them.

MoviePass costs $10/mo and gives you the ability to see any movie every day of the week, as long as it’s a standard showing…and it’s a participating theater…and it’s the same day you want to see the movie…and you’re within 100 yards of the theater…and you haven’t seen the movie before. AMC counters that with the ability to see any showing, any format, multiple times, allows you to order tickets ahead of time, and more.

I have had a MoviePass annual subscription since November of last year, and have probably used it a handful of times. Why, you might ask? Well, it’s simple: I generally see Dolby showings at my AMC or I pre-purchase $5 tickets with friends so we can reserve seats next to each other, MoviePass doesn’t support either of those options.

Also, once you see a movie with MoviePass, you’re barred from seeing it again. Up until recently, MoviePass also only allowed you to see four movies a month, only recently reviving its unlimited plan.

I have long waited for a version of MoviePass that didn’t cost an insane amount of money, yet still offer the features I wanted (like seeing higher-tier showings in Dolby). Sinemia exists, and offers this, but is $15 per month and only lets you see three movies in that time span. 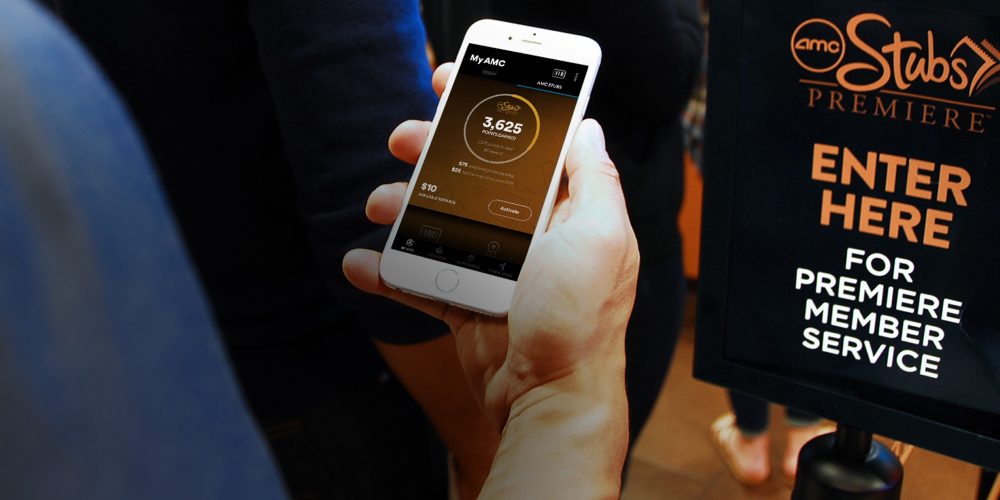 AMC is changing the game here. For $20 per month, the company gives you Stubs Premiere (previously $15/year), and the ability to see up to three movies of any showing per week. That’s right, any showing. Dolby, IMAX 2D/3D, RealD 3D, anything.

Normal limitations to MoviePass, like having to book tickets same-day, be within 100-yards of most theaters, or viewing a movie twice are removed. AMC lets you book online ahead of time (great for opening-night releases), from an app or website, and you can see a movie multiple times, which was one of the key reasons I originally got MoviePass.

Stubs Premiere was already a great value at $15/year, giving you $5 tickets on Tuesday, free upgrades (and large refills) on drinks and popcorn, $5 gift cards for every $50 spent, dedicated lines at ticket counters or concessions, waived online ticketing fees, and more.

If you already visit AMC often (we won’t talk about how many times I go there per month…) then this is an absolutely killer deal. I’ll be upgrading my Stubs membership to an A-List membership the moment it’s available, which is June 26th.

LEAWOOD, Kan.–(BUSINESS WIRE)– AMC Theatres® (NYSE:AMC) is excited to announce that beginning Tuesday, June 26 the Company is adding a new tier to its AMC Stubs rewards program: AMC Stubs A-List, which rewards guests with up to three movies per week, along with all the benefits of AMC Stubs Premiere, all for just $19.95 (plus tax) per month. Through AMC Stubs A-List, members can enjoy any available showtime*, any AMC location, any format — including IMAX at AMC, Dolby Cinema at AMC, RealD 3D, Prime at AMC and BigD. AMC Stubs A-List can be used at the spur of the moment or also can make planning ahead days or weeks in advance possible, as securing tickets is made easy via reservations capabilities on the AMCTheatres.com web site, or on the AMC Theatres smartphone app.

“We believe that our current and future loyal guests will be interested in this type of program, as AMC Stubs A-List rewards guests with something that no one else offers: the very best of AMC, including IMAX, Dolby Cinema and RealD 3D up to 3 times per week, for one simple, sustainable price,” said Adam Aron, CEO and President, AMC Theatres.

Aron added, “Since its inception in 2011, AMC Stubs has continued to evolve to meet the needs of its customers, as it did in 2016 when we introduced the free tier, AMC Stubs Insider. AMC Stubs A-List is AMC’s next evolution of delivering amazing benefits to our loyal customers, and we’re excited to continue to grow the program by leaps and bounds.”

Starting on Tuesday, June 26, AMC Stubs A-List members can enroll online for $19.95 a month (plus tax) and can begin using their benefits immediately.

Timed for traditional new movie openings, each and every “week” starting from Friday through the following Thursday, AMC Stubs A-List members can see up to three movies at any U.S. AMC location through their A-List membership, however there is no carryover from week to week, if fewer than 3 movies are seen. They can even see all three movies on the same day, with a two-hour buffer in between each showtime. And they can see individual movies they have previously seen. Guests can get their ticket online, and in advance, allowing them to reserve that opening night seat for the summer’s hottest blockbuster. Advance reservations can be held for a maximum of 3 movies at any one time in the current or for future weeks.

More information about AMC Stubs A-List can be found at amcstubs.com/alist. To find showtimes and purchase tickets to this weekend’s movies, please visit www.amctheatres.com or the AMC Theatres app. Come in, sign up for AMC Stubs Insider or AMC Stubs Premiere, grab your popcorn, and enjoy the show!

*Fathom Events shows, special fan events and some Indian Cinema titles may not be included