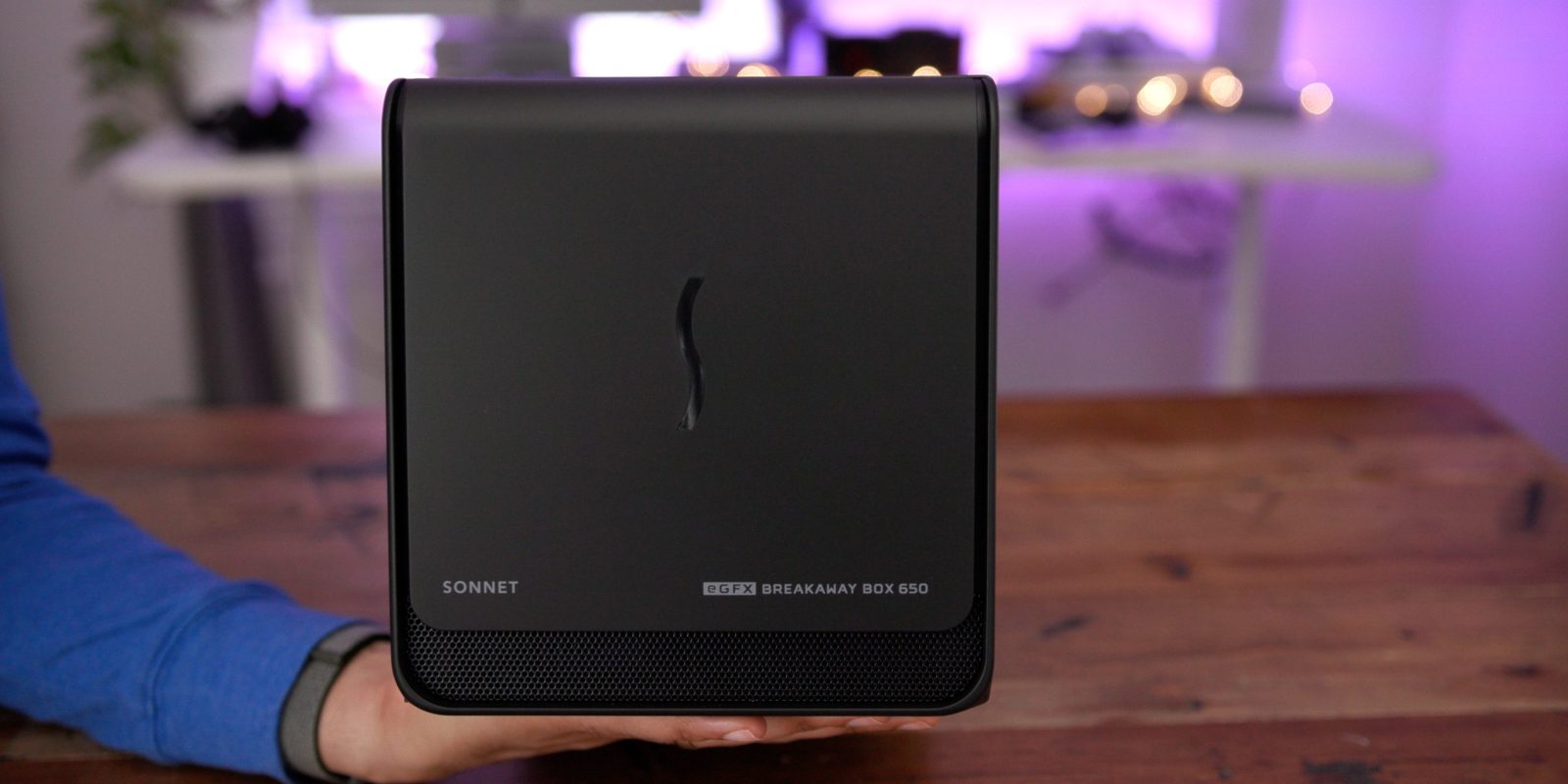 Sonnet has lowered the prices of its flagship eGFX Breakaway Box eGPU enclosures, including its high-end model with 650W PSU. The price change comes not long after Apple enabled official eGPU support in macOS, and as more companies point their attention towards the Mac. We’re already seeing this price drop in effect at Amazon, where the official Sonnet store has it marked at the new $199 price tag. That’s down $70 from the original price and the best we’ve tracked there. Rated 4/5 stars. More details below.

We reviewed the Sonnet eGFX Breakaway Box 650, and noted that it provided enough power to drive the most powerful Mac-compatible GPU and came bundled with an official Apple endorsement.

The Sonnet eGFX Breakaway Box 650 is the eGPU you’ll want if you’re most concerned with a box that has garnered Apple’s blessing. However, we deemed the Razer Core X as being the best eGPU overall for the MacBook Pro for several reasons that we highlight in our hands-on review. That said, from a pure performance standpoint, it’s hard to go wrong with either.

If you’re looking for the cheapest way to take advantage of eGPU support, especially if you already own a Mac-compatible GPU, then Sonnet’s entry-level eGFX Breakaway Box is a compelling option at only $199. That makes it the first eGPU that comes in under the $200 barrier.