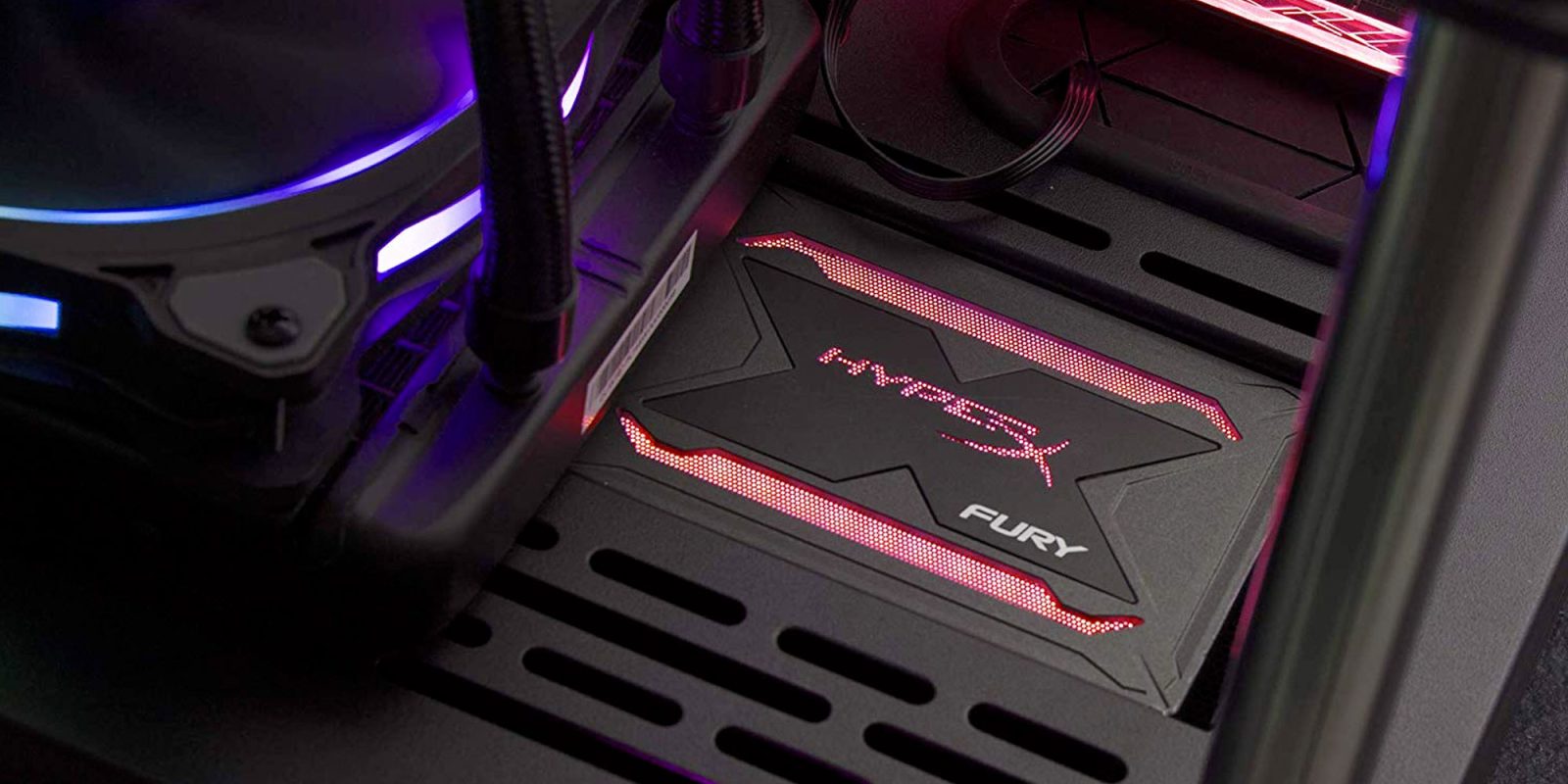 There’s a craze sweeping PC gamers worldwide. It’s called RGB, and nothing seems to be safe from it. We have RGB mice, keyboards, headsets, mousepads, and even speakers. Just last week, we showed you how to start a budget-friendly RGB setup. The latest victims of this RGBification are SSDs from HyperX. Though RGB SSDs have been around for a while, these new models are sure to spice up any custom PC build.

HyperX’s latest FURY RGB SSD lineup brings colorful sections to the logo and surrounding areas, making your SSD go from something that blends into making a statement. The company also announced its SAVAGE EXO Portable SSD today, which boasts PS4/Xbox One compatibility as well as the ability to be used with your PC or Mac easily.

These new solid-state drives from HyperX bring many familiar features back with a new style. You’re getting the industry standard 3D NAND storage with a Marvell controller, which brings write speeds of up to 550MB/s and read of up to 480MB/s.

The RGB effects are controlled over a USB cable, so there will be one extra plug on your SSD that isn’t normally there. You can daisy-chain the drives with other devices to try and have better cable management, however.

The HyperX FURY RGB SSD’s are compatible with ASUS’ Aura Sync, Gigabyte’s RGB Fusion, MSI’s Mystic Light, and ASRock’s RGB controls so you can sync up the drives with the rest of your colorful build.

The styling is more on the aggressive side should appeal to most PC gamers as that seems to be the trend in custom gaming computers these days. Gone are the smooth lines of ages past and it seems that jagged edges are here to stay. 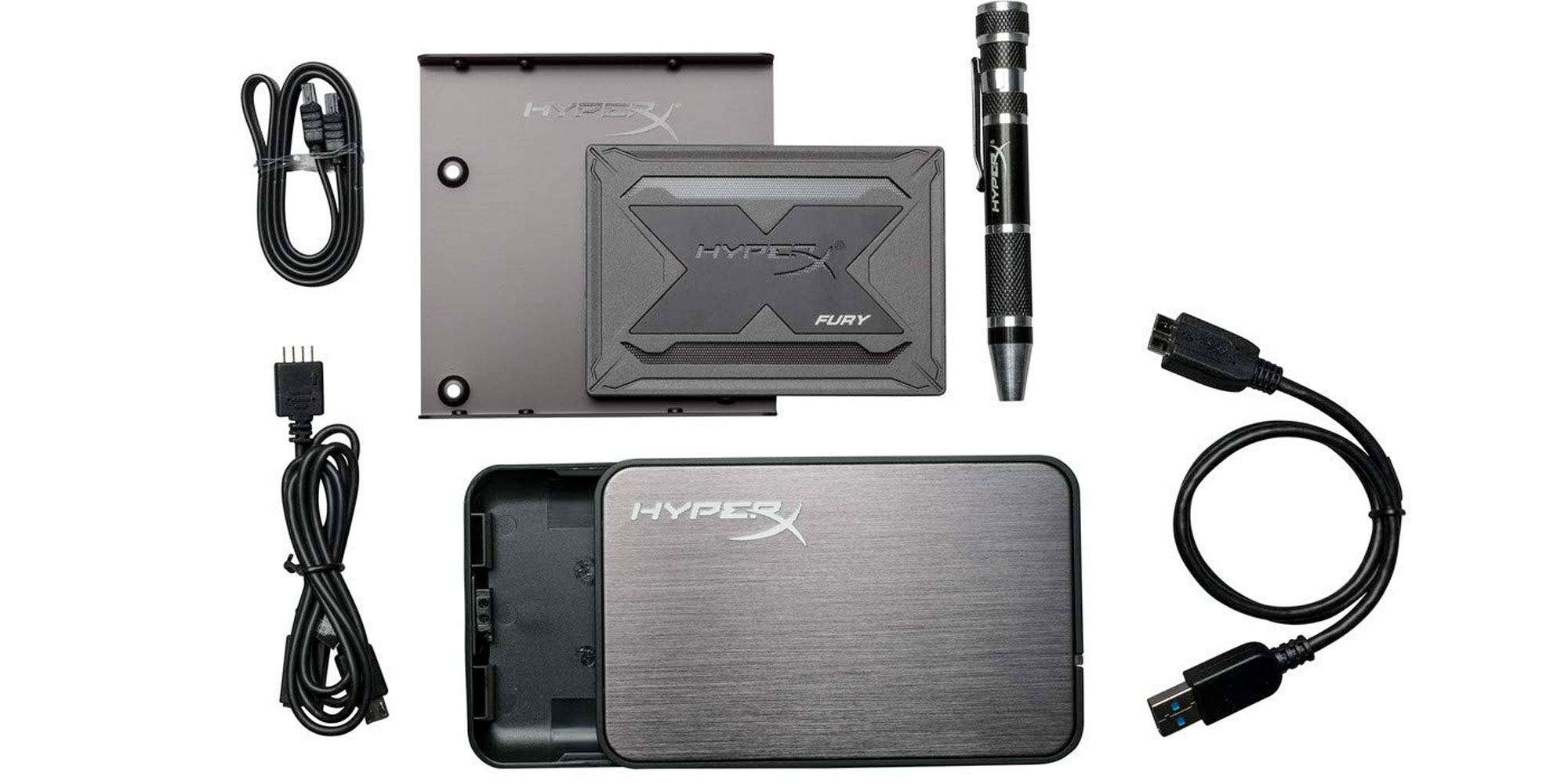 You’ll be able to pick up the FURY RGB SSD in 240GB, 480GB, or 960GB variants. There’s also an “upgrade kit” that HyperX offers both on its own website and at Amazon which gives you a USB 3.0 enclosure, cable, and hard drive cloning software. This kit is designed for someone who is switching to the HyperX FURY SSD from another drive, giving you the ability to retain use of your previous drive outside of the computer.

On the SAVAGE EXO Portable SSD side, HyperX uses a USB-C adapter on the drive’s side and includes both USB-C to USB-C and USB-C to USB-A in the box, making sure you can connect it to any device you have. It’s plug-and-play and comes in 480GB and 960GB variants. 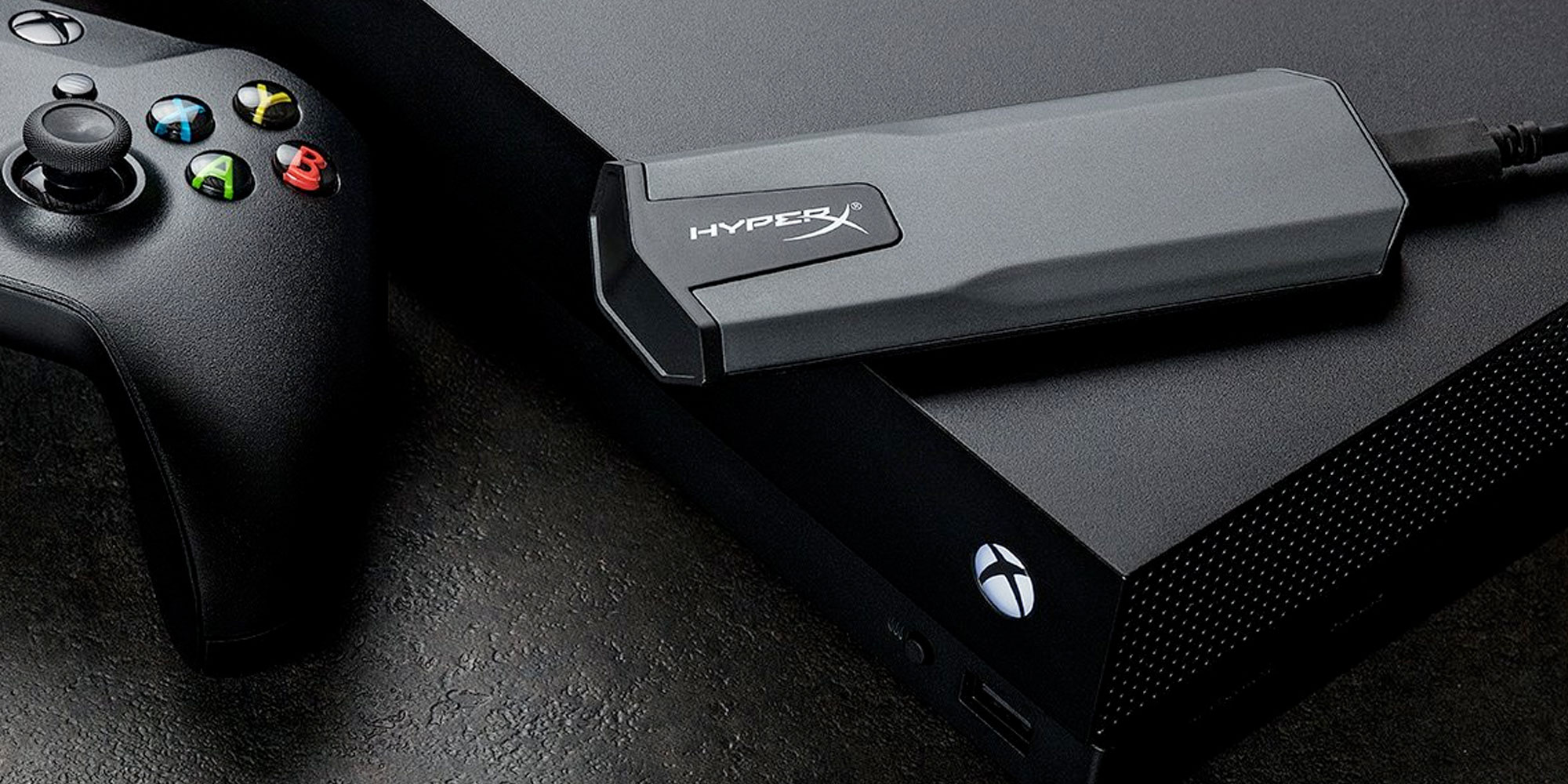 For the SAVAGE EXO Portable SSD side, 480GB will run you a whopping $219 and 960GB will be $419. These drives are based on 3D TLC storage with up to 500MB/s read and 480MB/s write speeds. There are more budget-friendly alternatives like Samsung’s highly-rated T5 line if you’d rather go that way, but HyperX sports a higher-quality build.