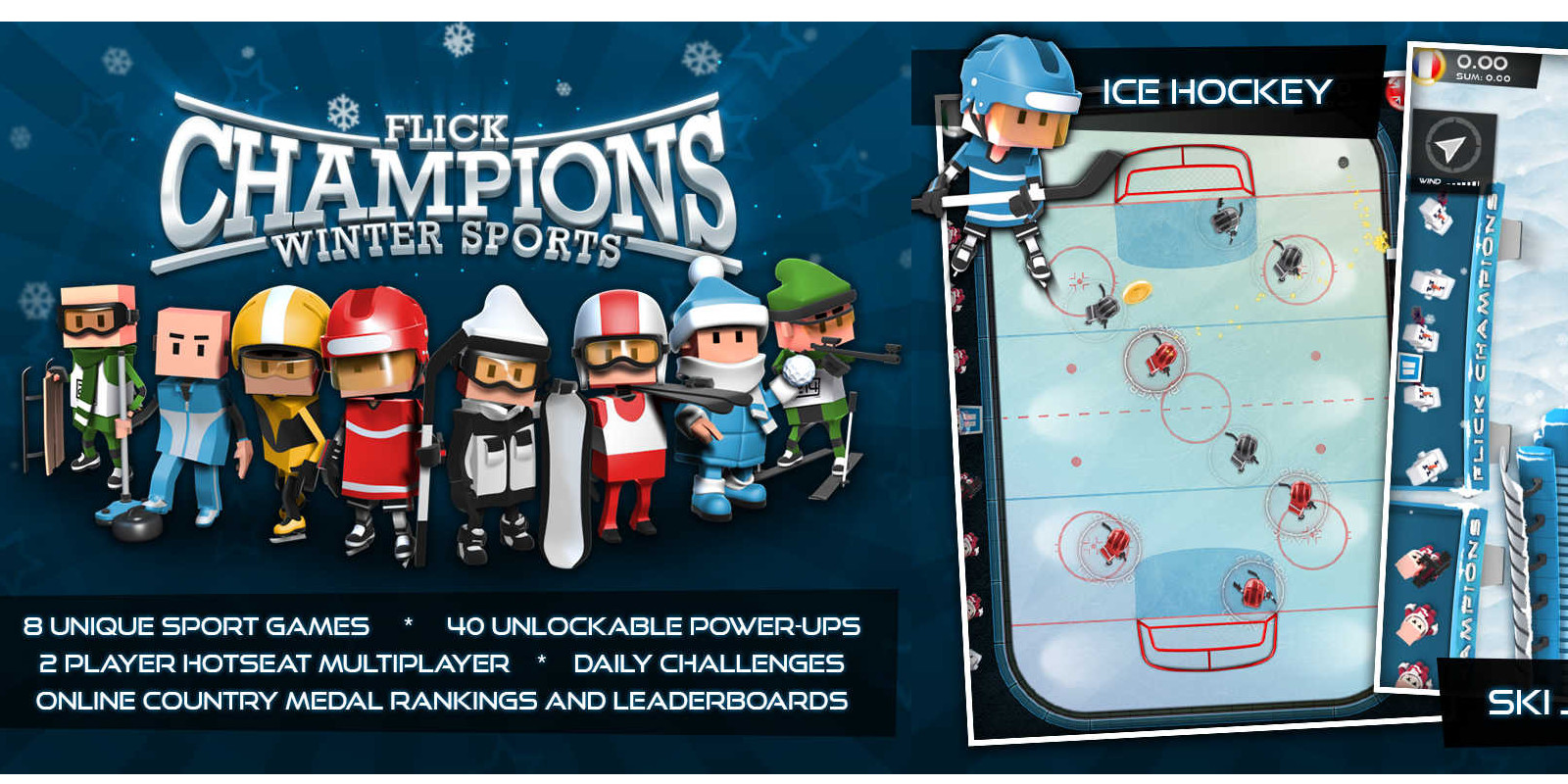 Today we have some solid deals on the Flick Champions games for iOS. Both regularly $1, you can now download Flick Champions Winter Sports and Summer Sports for free. It has been at least 8 months since the last time we saw them available for nothing. Between both games, you’ll be adding 16+ different sports titles to your iOS library of games. They may not be as well known as the popular 2K games or even R.B.I Baseball, but the highly-rated Flick Champions are great for adding some quick arcade-style sports games to your pocket. These two titles combine for a 4+ star rating from over 4,000 gamers all-time. Head below for more details and right here to get some free iTunes credit.

We also have great deals on classic Double Fine adventure games for iOS along with the Darkest Dungeon roguelike RPG matching its all-time low at $1 (Reg. $5).

Take to the slopes, ice-rinks, and snow in this winter sports-themed edition of Flick Champions. Choose a nation to represent in 8 winter sports including Slalom, Ski Jumping, Ice Hockey and more.

Pick a country and lead them to victory. Master the art of flicking to win the gold trophy in 18 challenging cup events. Alternatively, create your own playlists in Champ mode.