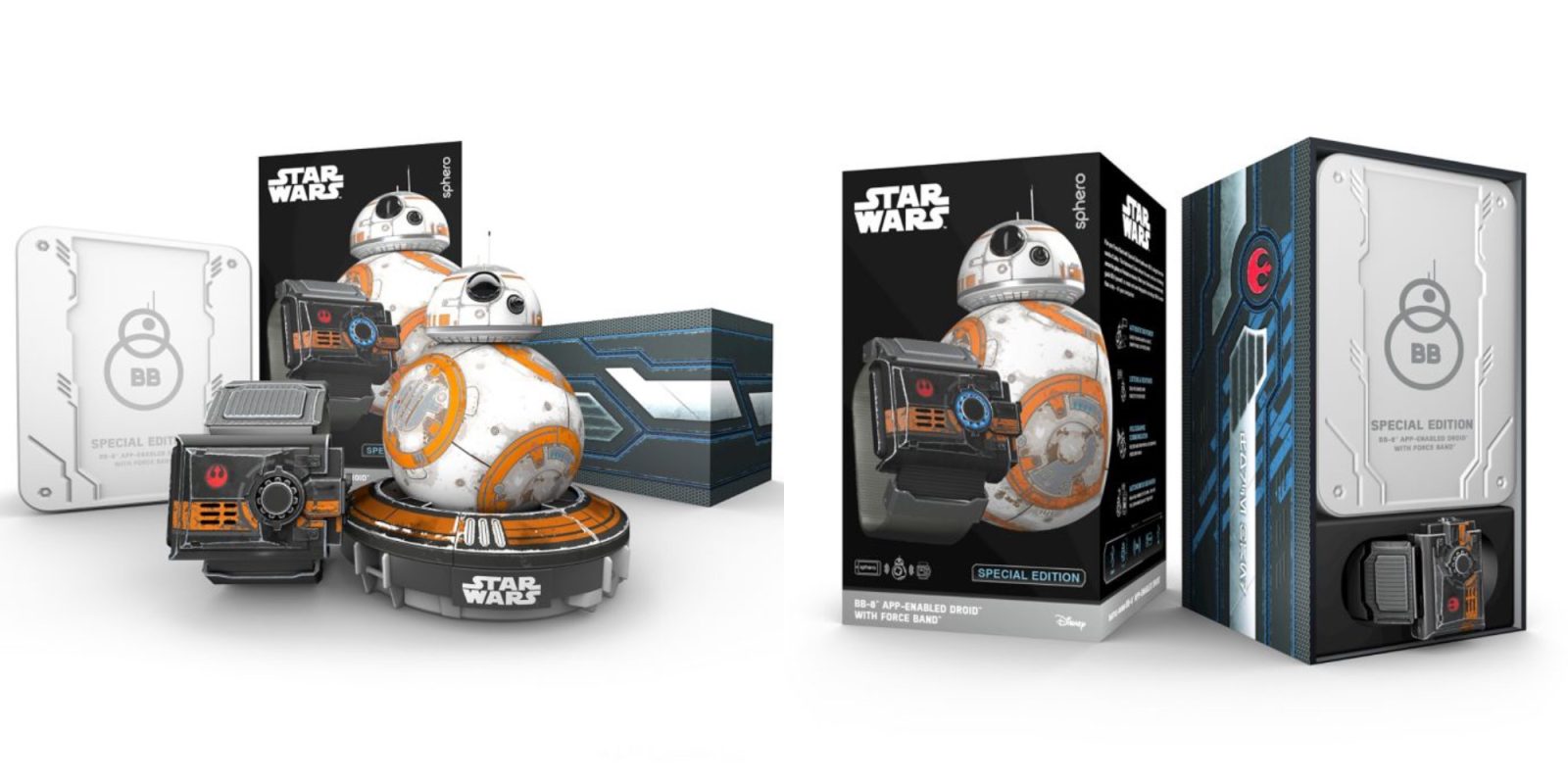 Bed Bath & Beyond is offering the Sphero Special Edition Battle Worn BB-8 the App-Enabled Droid and Force Band for $40 shipped. That’s $160 off this special edition bundle and $60 off less than you’d spend on the BB-8 alone at Best Buy. Today’s deal is within mere pennies of the all-time low. BB-8 can explore autonomously or be guided by you via the smartphone app or the included Force Band. Rated 4.3/5 stars.

Use some of today’s savings on the Star Wars Nerf Han Solo Blaster for $18. This Nerf features GlowStrike tech that makes darts glow when fired, making it feel similar to a blaster in Star Wars.

Bed Bath and Beyond