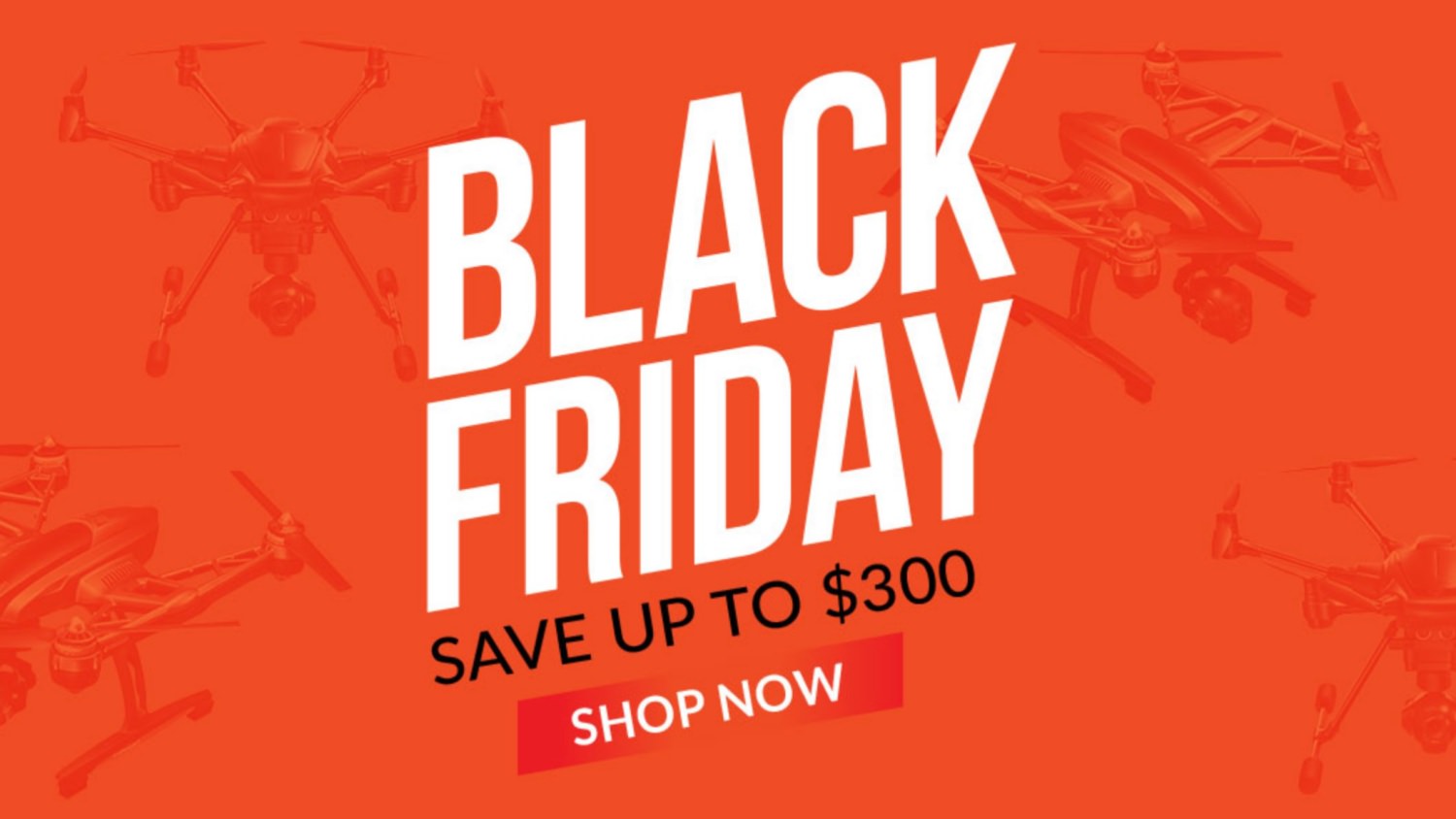 This year Yuneec runs its Black Friday promotion from November 22nd until December 1st. The company offers very steep discounts on some of their flagship drone models, such as the Typhoon H, Typhoon 4K RTF and Typhoon H with Intel RealSens technology. 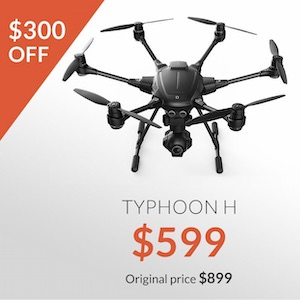 The Typhoon H is the most advanced aerial photography and videography platform available in such a compact size. Driven by customer demand for a design that goes beyond the limitations of a traditional quadcopter, Typhoon H delivers capabilities previously only found in high-end professional offerings, but at a consumer price.

Typhoon H offers flight durations of up to 25 minutes while filming with the CGO3+ 4K UHD camera. The Android-powered ST16 Ground Station features a 7-inch touchscreen that displays live footage of your flight in HD 720p resolution and enables a wide variety of autonomous flight modes. 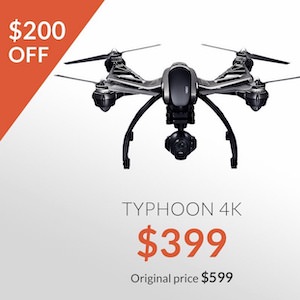 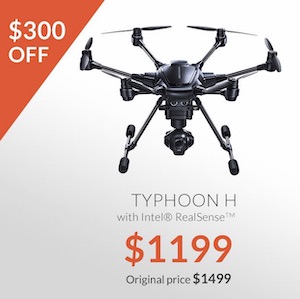 Typhoon H with Intel® RealSense™ technology builds a 3D model of the world, while navigating through it. Using a 3D model of its environment enables the drone to make intelligent choices about creating routes around obstacles.

For the latest rumors, reviews and news on drones, the drone industry, and Yuneec go to DroneDJ.com. For the best Black Friday Deals on 9to5Toys go here.