Maschine Mikro MK3 Review: one of the most affordable & complete beat making systems yet 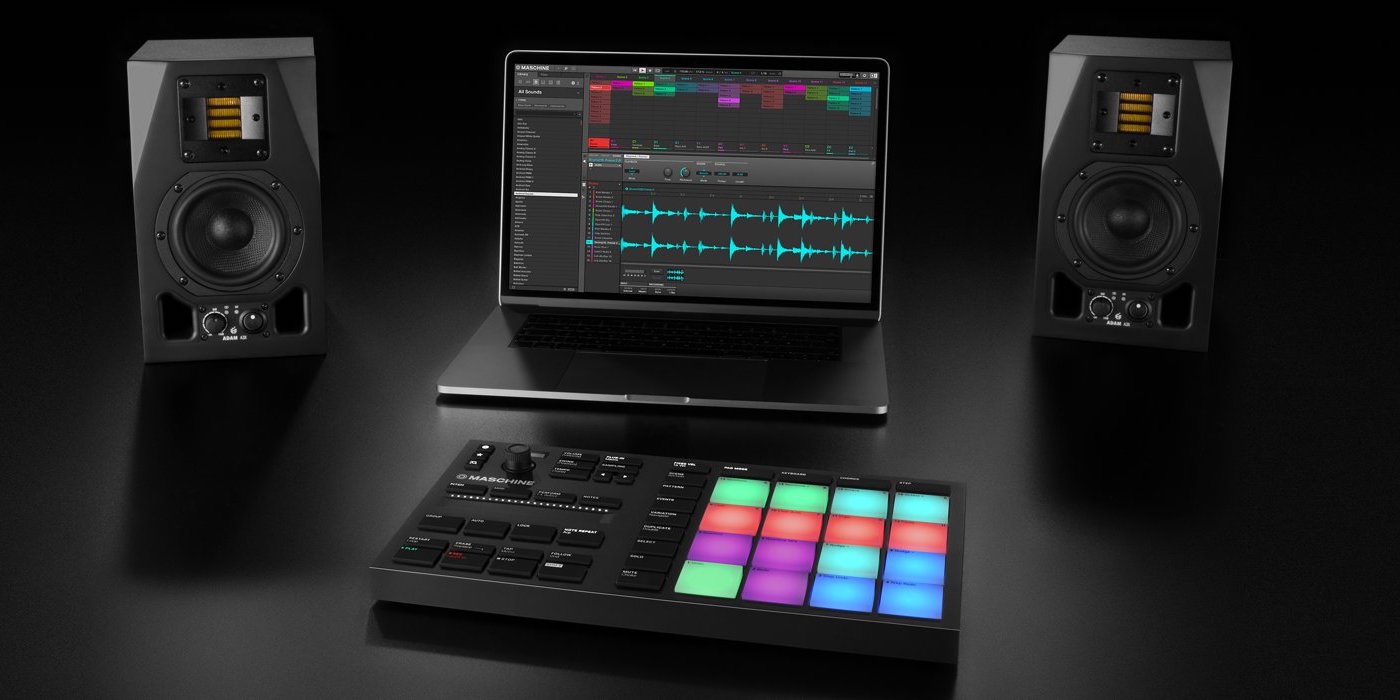 Maschine Mikro MK3 is the latest addition to the Native Instruments hardware beat making platform. The new controller brings much of the same feature set as its larger sibling but in a much more trimmed down package. The question is whether or not the smaller footprint and extremely affordable price tag have successfully cannibalized the hardware’s best features or left it with too little to be all that useful.

Much like its predecessors, the Maschine Mikro MK3 is a dedicated hardware controller for Native Instruments’ Maschine 2 DAW and beat making software. It connects with your Mac/PC running the companion app offering up what is, all things considered, a pretty massive array of drum kits, synth sounds, and one shot samples.

While the MK3 has certainly done away with the larger LCD display found on the previous generation model, the actual build quality is just as nice. Everything feels solid with no flimsy buttons, pads, or knobs that feel like they might fall off during your next drum solo. The overall layout of the controls is nice with large tactile drum pads and the new touch strip for dialing in FX settings and special performance passes.

One minor thing to deal with here is that tiny, almost unreadable display. There’s enough room for a couple lines of text but you certainly won’t be getting the kind of feedback you would on the larger model or the previous generation machines. Don’t expect to be recording, loading, and chopping up samples with the hardware alone like on the larger, dual display models. On the positive side of things, that means your focus will be on the beat making and not the little on-board screens, which is largely one of the benefits of even considering a hardware controller like this.

Nonetheless, if you’re an experienced Maschine user who likes to trim samples and more without looking at your Mac display, you’re likely going to be disappointed. If you’re new to Maschine or beat making in general, the fact that you need to use the mouse and companion app is probably a good thing. It will help you to familiarize yourself with DAWs in general and the sampling process as a whole, but it’s hard to say for sure. 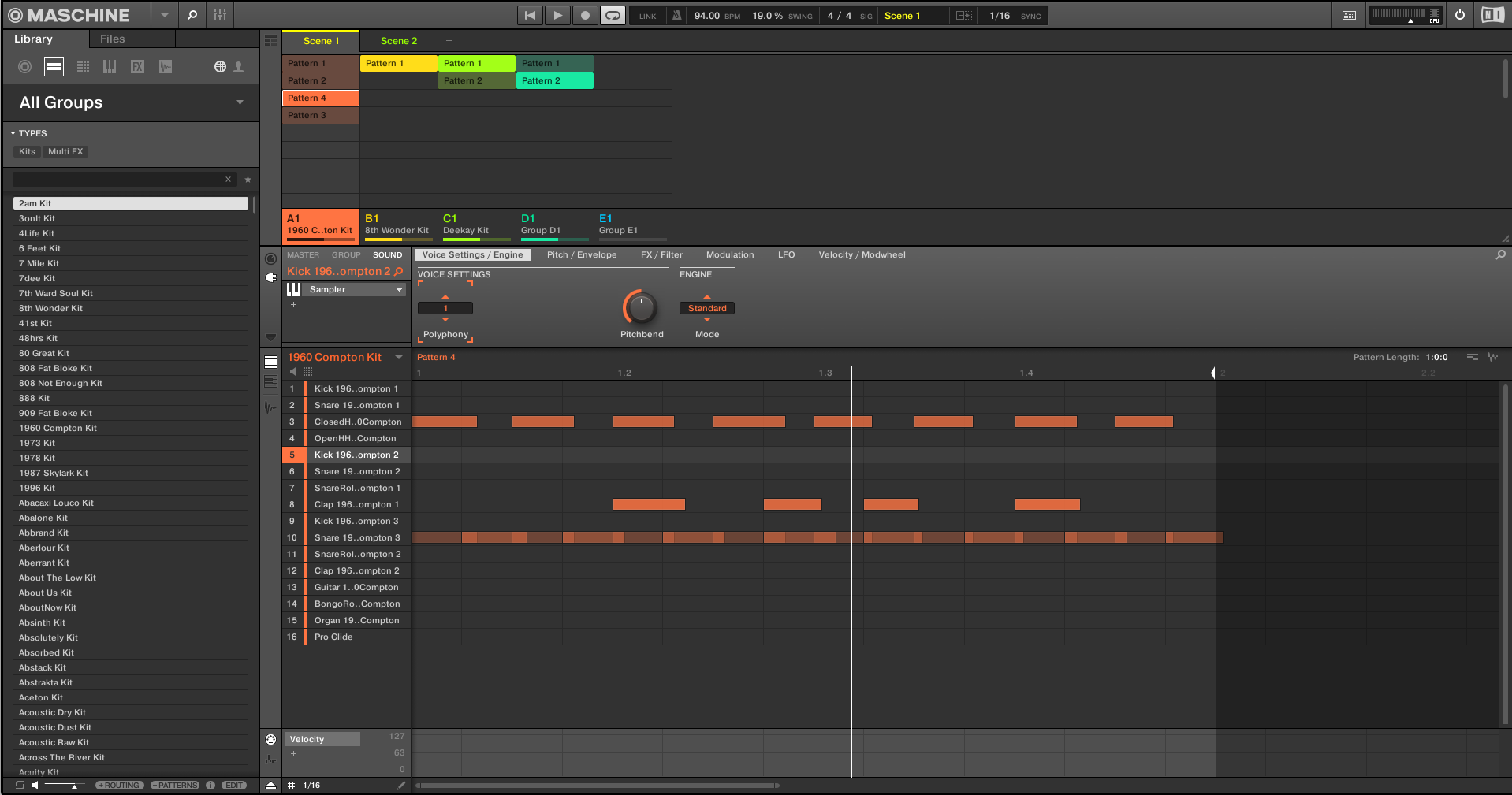 Maschine Mikro MK3 comes with a giant array of built-in drum kits and instruments, many of which are featured in its $599+ Komplete bundle and used by  professionals. While some producers seem to hate on NI’s gear in favor of more boutique pro instruments with endless modulation and sound design possibilities, we still maintain the company’s dominance when it comes to immediate song creation and great sounds for both beginners and pros.

It includes full versions of Massive, Reaktor Prism, and Monark for all your synth needs. But you’ll also find more than enough drum kits and FX units to get any beginner going with a seemingly infinite number of ways to expand the library as your needs grow. These kits sound great right out of the box and are quite easy to transfer your beats over to another DAW for further processing if you’re at that level. 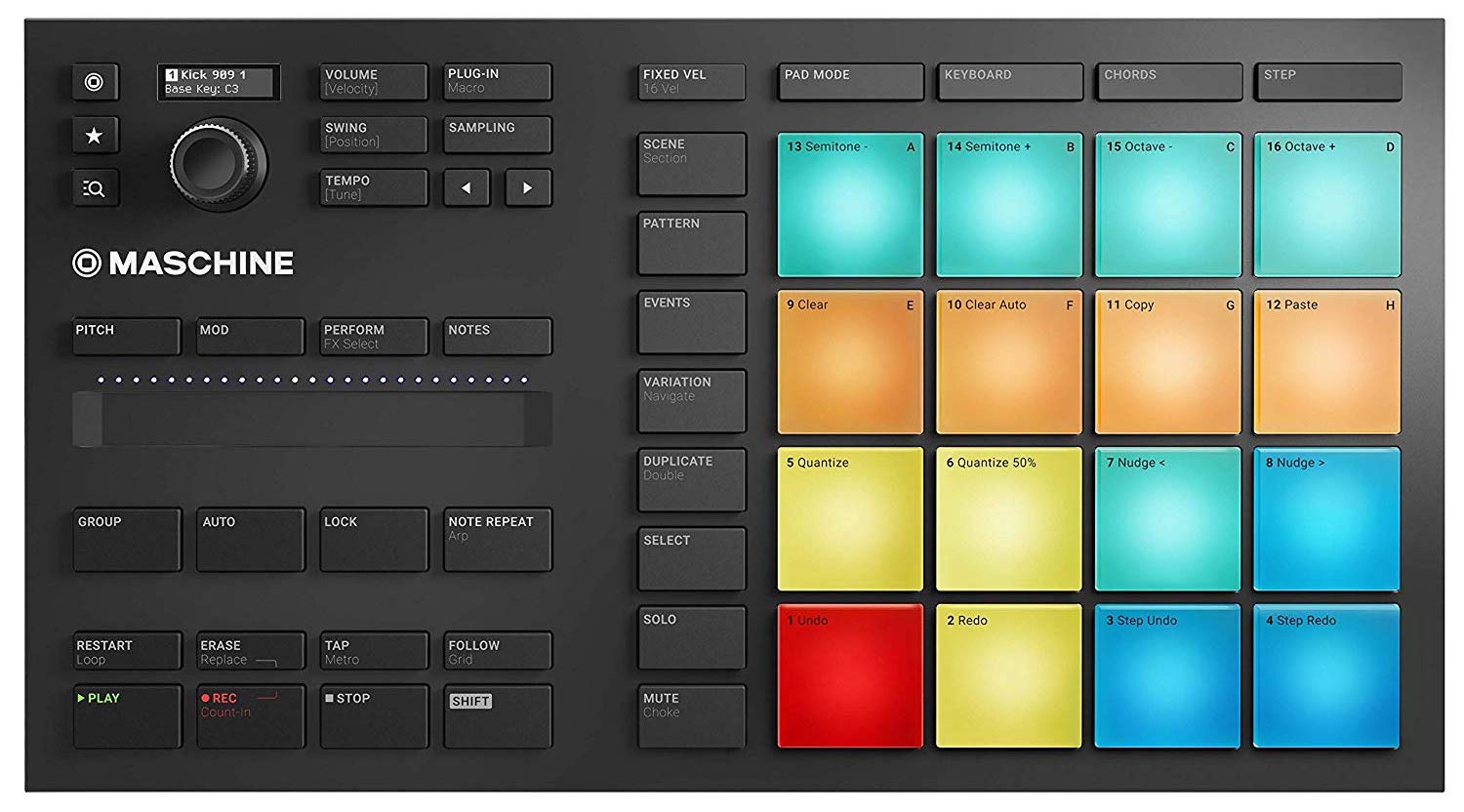 Yes, hardcore seasoned Maschine users are not going to love this thing. The single multi-mode control knob, odd placement of the note repeat function (for those gangster hi-hat rolls) and tiny display just simply aren’t going to cut it. However, it might work as an add-on or a spare gigging option that you have specifically prepared for your set.

On the other hand, this might actually be one of the most affordable and complete packages out there for what it offers. While I am, and likely always will be, a die hard Logic Pro X user in the studio, I can’t help but champion Micro MK3 for those just dipping their feet into the into music making. As long as you’ve got a Mac you’re already using for browsing the internet or whatever else, you can just drop the $259 and get yourself literally everything you need to start making and uploading music.

Sure, you could spend $200 on Logic Pro X and get all of its library of sounds, but you’ll need to drop more cash on a controller and you’re entirely glued to the screen for everything. I’d also suggest that learning something like LPX is a significantly more daunting task than the immediacy of Maschine, which will have you banging out beats about as fast as you could hope for. And anything that keeps us focused on the beats — not what we use to make them — is a good thing to me. This easily made our list of the best gifts for musicians and after going hands-on now for about a month, I can confidently say this is one of the best beginner beat making systems out there for the price.