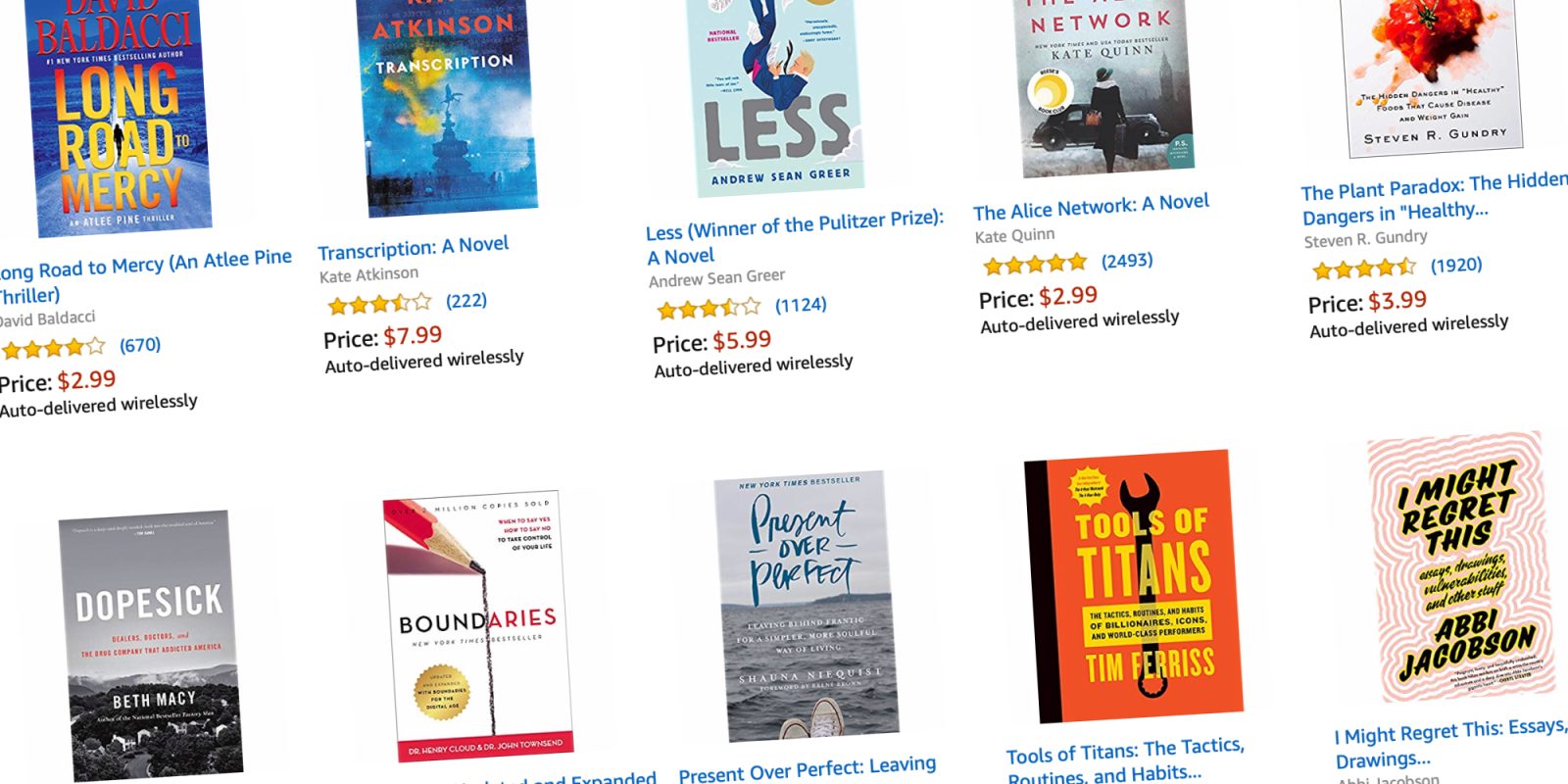 Today only, as part of its Year-End Deals, Amazon is taking up to 80% off a selection of New York Times Best Seller Kindle eBooks. You’ll be able to add a new title to your collection starting from $1.99. A majority of these books would normally fetch you around $10 or so, with many returning to match previous all-time lows or hitting new ones. There’s something for just about everyone in the sale, from mystery and thrillers to science fiction, fantasy, and so much more. Ratings are stellar across the board, with most carrying well over 4+ star ratings. So what are you waiting for? Stock up on some new reads for 2019.

One of the more notable deals we’re seeing is on the Kindle edition of Hamilton: The Revolution at $5.99. Normally you’d pay as much as $30 for this title, with today’s offer dropping it to one of its lowest prices yet.

A backstage pass to the groundbreaking, hit musical Hamilton, winner of the 2016 Pulitzer Prize for Drama and Eleven Tony Awards, including Best Musical, including the award-winning libretto, behind-the-scenes photos and interviews, and exclusive footnotes from composer-lyricist-star Lin-Manuel Miranda.

Lin-Manuel Miranda’s groundbreaking musical Hamilton is as revolutionary as its subject, the poor kid from the Caribbean who fought the British, defended the Constitution, and helped to found the United States. Fusing hip-hop, pop, R&B, and the best traditions of theater, this once-in-a-generation show broadens the sound of Broadway, reveals the storytelling power of rap, and claims our country’s origins for a diverse new generation.