Just ahead of this year’s NAMM show, Korg has now unveiled the new minilogue XD synth. The combo analog-digital hybrid comes alongside new entries to the company’s modular-friendly Volca lineup and more. Head below for all the details.

The new minilogue XD synth is essentially an updated version of the polyphonic minilogue synth. It seems to carry over much of the same physical design sensibilities (including that awesome little waveform display) while enhancing the entire setup in a major way.

You’ll get the same 4-voice polyphony as the minilogue. But there’s a pair of voltage controlled oscillators and a third digital multi-engine option that ranges from noise and variable phase modulation to a third user slot. You can load third-party oscillators-types/waveforms in that third slot there, similar to what Korg offers on the Prologue synth.

You’ll also find an analog filter, a pair of envelope generators, a voltage controlled amp and an LFO. But that’s on top of a Drive switch, wave shaping possibilities, cross-modulation and sync/ring modulation option. 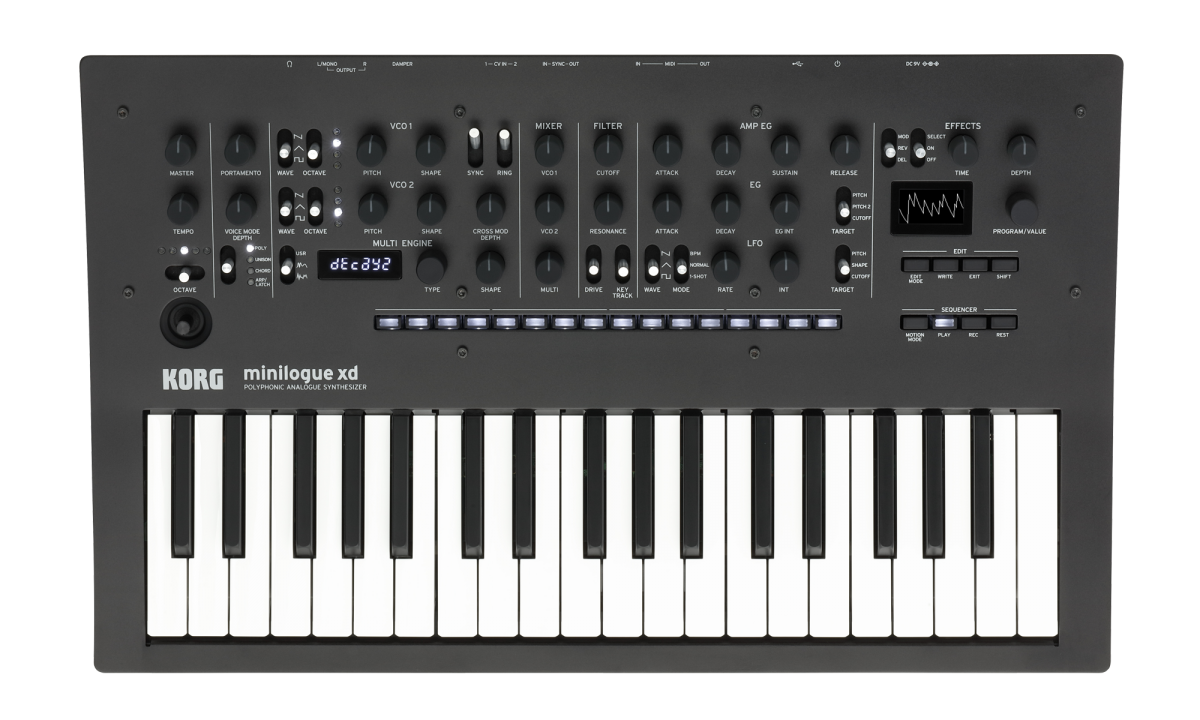 The sequencer has also gotten a nice overhaul while still proving the same 4 lane parameter recording (the ability to record setting changes into the sequencer). But it’s the new digital effects engine that represents the biggest change here in many ways. Along with a completely stereo output to support them, they bring everything from reverbs and choruses to ensemble harmonizers and tape delay to the mix. One of my personal gripes about the minilogue was the mono output, but the minilogue XD synth brings a full stereo digital effects engine with an output to match.

Korg also released a new Volca Drum pocket percussion synth and a west coast-style Korg Volca Modular for anyone invested in that ecosystem. Both are shipping in 2019 starting at just $269.99 shipped. Head below for more details from Korg.

The volca modular is a semi-modular synthesizer consisting of independent analog synth modules, digital effects, and a sequencer. Each of the modules has been carefully selected for its stand-alone completeness. The modules are internally connected so that sound can be produced even before connecting the included pin cables, and the routing is shown by white lines on the panel. Module connections via a pin cable take priority over the internal connections, bypassing them.

Here’s our review of KORG Gadget and the new limited edition color NanoSERIES2 controllers for Mac/iOS.