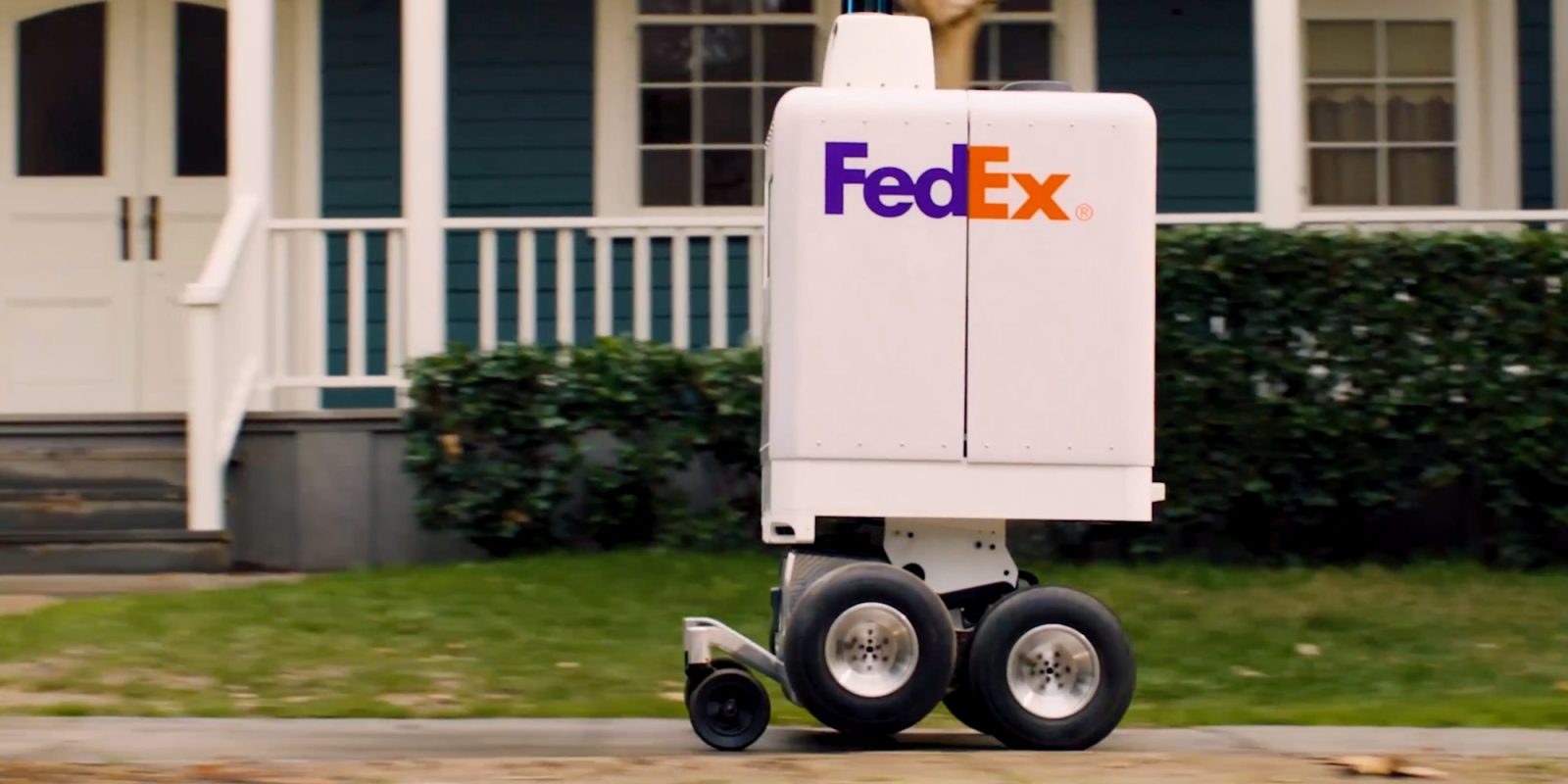 It was just over a month ago that Amazon officially announced the launch of its new Scout delivery robots. If you missed that news, Amazon’s robots will initially be accompanied by people, but there isn’t much question that the goal is full automation at some point in the near future.

The goal of FedEx SameDay Bot

While Amazon has been eyeing the potential of cutting out the middle-man (couriers), FedEx has not been resting on its laurels. Instead the company has been developing its own robot and strategic partnerships with Amazon competitors.

Specific companies called out include AutoZone, Lowe’s, Pizza Hut, Target, Walgreens and Walmart. FedEx states that its discussions with these companies has been focused on their autonomous delivery needs. Through these conversations, FedEx has uncovered an interesting statistic that over 60% of merchants’ customers live within a mere three miles of a brick-and-mortar location.

The company uses this information as the platform for why FedEx SameDay Bot should exist. By working with merchants, FedEx without a question can help provide a resource for offering speedy, on-demand deliveries to a large amount of customers.

“The FedEx SameDay Bot is an innovation designed to change the face of local delivery and help retailers efficiently address their customers’ rising expectations,” said Brie Carere, executive vice president and chief marketing and communications officer for FedEx. “The bot represents a milestone in our ongoing mission to solve the complexities and expense of same-day, last-mile delivery for the growing e-commerce market in a manner that is safe and environmentally friendly.”

When and where will FedEx SameDay Bot debut?

While a specific date has not been offered, the plan is for FedEx SameDay Bot to begin rolling out sometime this summer. The company will test FedEx SameDay Bot in several markets, with its home town, Memphis, Tennessee being among them. Customers should not expect to see Bots delivering to their homes for a bit as FedEx plans to start out with deliveries between selected FedEx Office locations.

Personally, I check Amazon first whenever a shopping need occurs. The only exception to this tends to be surrounding groceries as I do not where AmazonFresh is available. While Prime Pantry is available and helps with many household needs, it doesn’t quite fill the need for fresh groceries.

If there’s an area that FedEx has a chance to get ahead of Amazon in, grocery delivery has got to be one of them. Additionally, the mention of partnership with merchants like Pizza Hut make it seem like there may be potential for made-to-order food to have a further reach than it does currently.