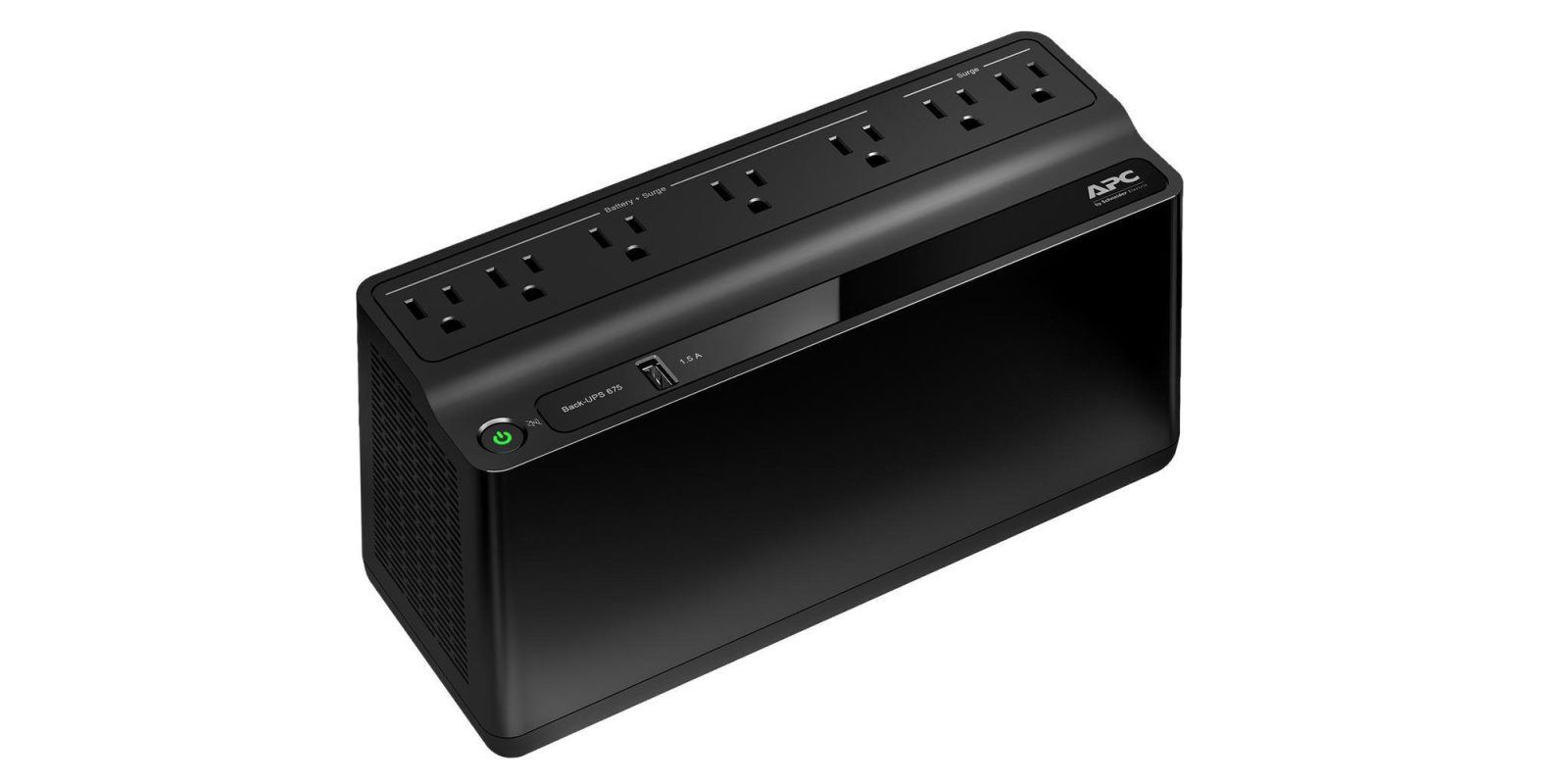 Newegg offers the APC BE670M1 675VA Seven-Outlet UPS for $49.99 shipped when checking out with code EMCTWVB23. That’s good for a 25% discount from the going rate and matches our previous mention for the all-time low. Network downtime is something that’s hard to live with at home, but adding a UPS into the mix makes it a thing of the past. APC’s model has seven outlets and with 675VA, it’s rated with a four-hour runtime. You’ll also find that it comes with a handy USB port for keeping your smartphone charged. It carries a 4.3/5 star rating from nearly 100 shoppers.

Other comparably-featured UPS sell for around $75 at Amazon. While today’s discounted APC model is a very solid option, you can save even more by opting for model with less power. Although at $5 less for the 425VA version, you’re better off just locking in the deal above.