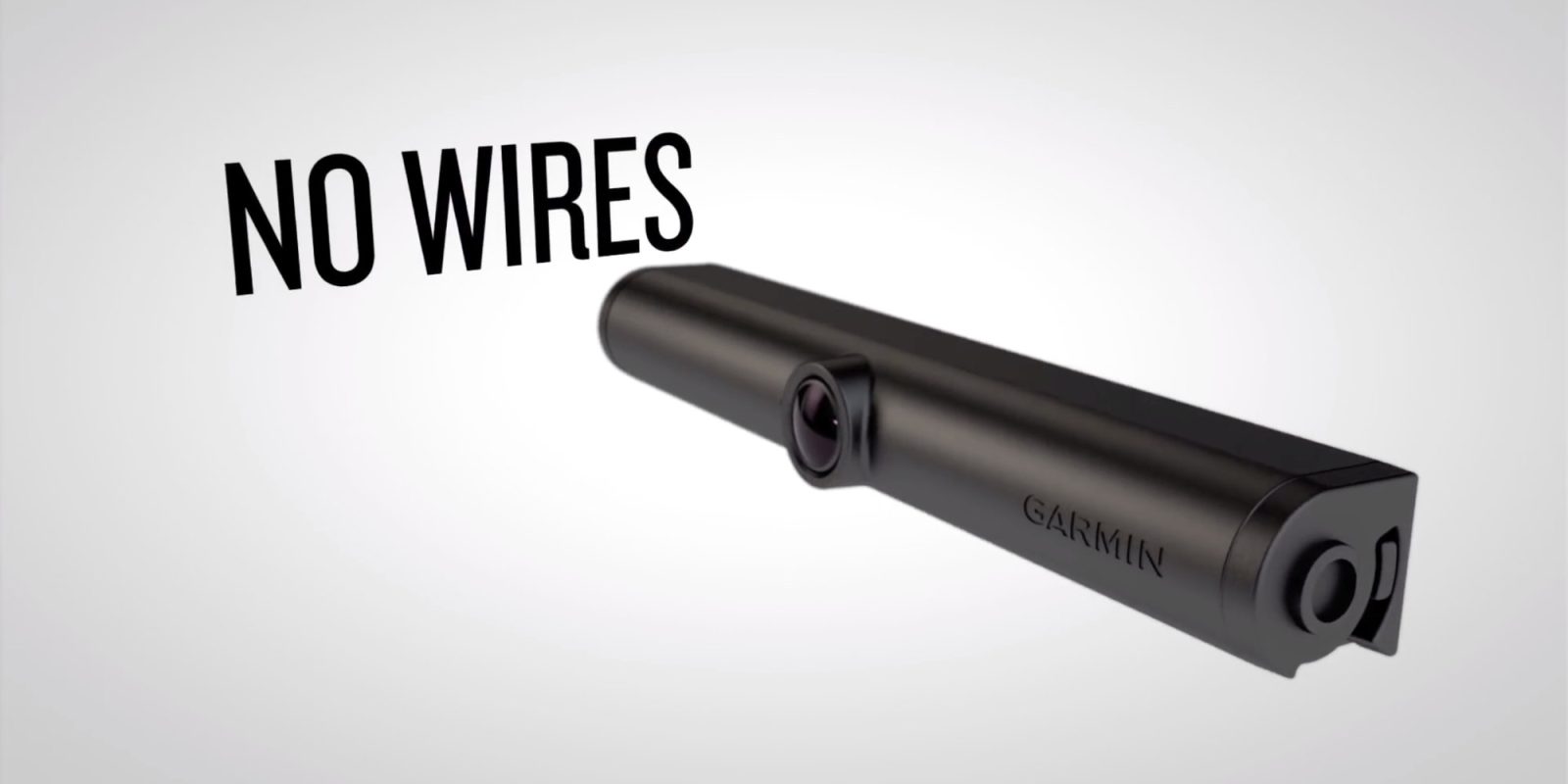 If you’ve bought a car within the last few years, there’s a good chance it already has a backup camera. Like many features, backup cameras used to be expensive add-ons, but are now standard in many new vehicles.

For the people out there with an older vehicle that lacks a backup camera, there are a slew of aftermarket options out there, but they typically require some sort of wiring. The new Garmin backup camera sets out to alleviate this with a few other tricks up its sleeve.

The new Garmin backup camera is a follow-up to its predecessor, the BC 30. Given the fact that the old model required users to run some wires and the new one doesn’t, it’s a bummer that Garmin simply incremented the model number to BC 40 and moved on.

Similar to Nonda’s ZUS, the new Garmin backup camera simply attaches to the top of a license plate and runs on replaceable batteries. In Garmin’s case, it’s two AAs, keeping maintenance straight-forward and simple. A single charge will last up to three months.

Unlike many of the existing aftermarket backup camera’s, Garmin dodges the need to install a dedicated monitor by making it work with some of its GPS devices. Garmin particularly calls out the DriveSmart 55 and 65 initially, but the page it currently links to for all of its supported units is down at the moment.

“Thanks to the BC 40, drivers finally have a quick and easy way to seamlessly blend a wireless backup camera to the back of a vehicle without having to rely on professional installation services,” said Dan Bartel, Garmin worldwide vice president of consumer sales. “After a simple setup, drivers will have immediate access to a rugged camera that withstands harsh road conditions, while also offering a crystal clear backup view.”

The new Garmin BC 40 backup camera is priced at $149.99, and can be ordered directly from Garmin. There is no Amazon listing yet, but we anticipate that one will appear in short order. According to Garmin, orders placed today will be processed within the next 1-3 business days.

I bought a new car nearly six years ago. It was the highest trim offered so it came with a backup camera installed. With the warranty having recently expired, the new Garmin backup camera would be a quick and easy replacement solution if the one in my vehicle goes out anytime soon.

With the stock backup camera having failed in my wife’s car a couple years back, I quickly learned how costly they can be to replace. Thankfully it was covered under warranty, but the camera itself was several hundred dollars and the labor was about the same. Bearing this in mind, the Garmin BC 40 would be a much more budget-friendly option, especially if you already own a supported GPS device.