Hands-on: The Peak Design Travel Tripod is my new go-to for just about everything 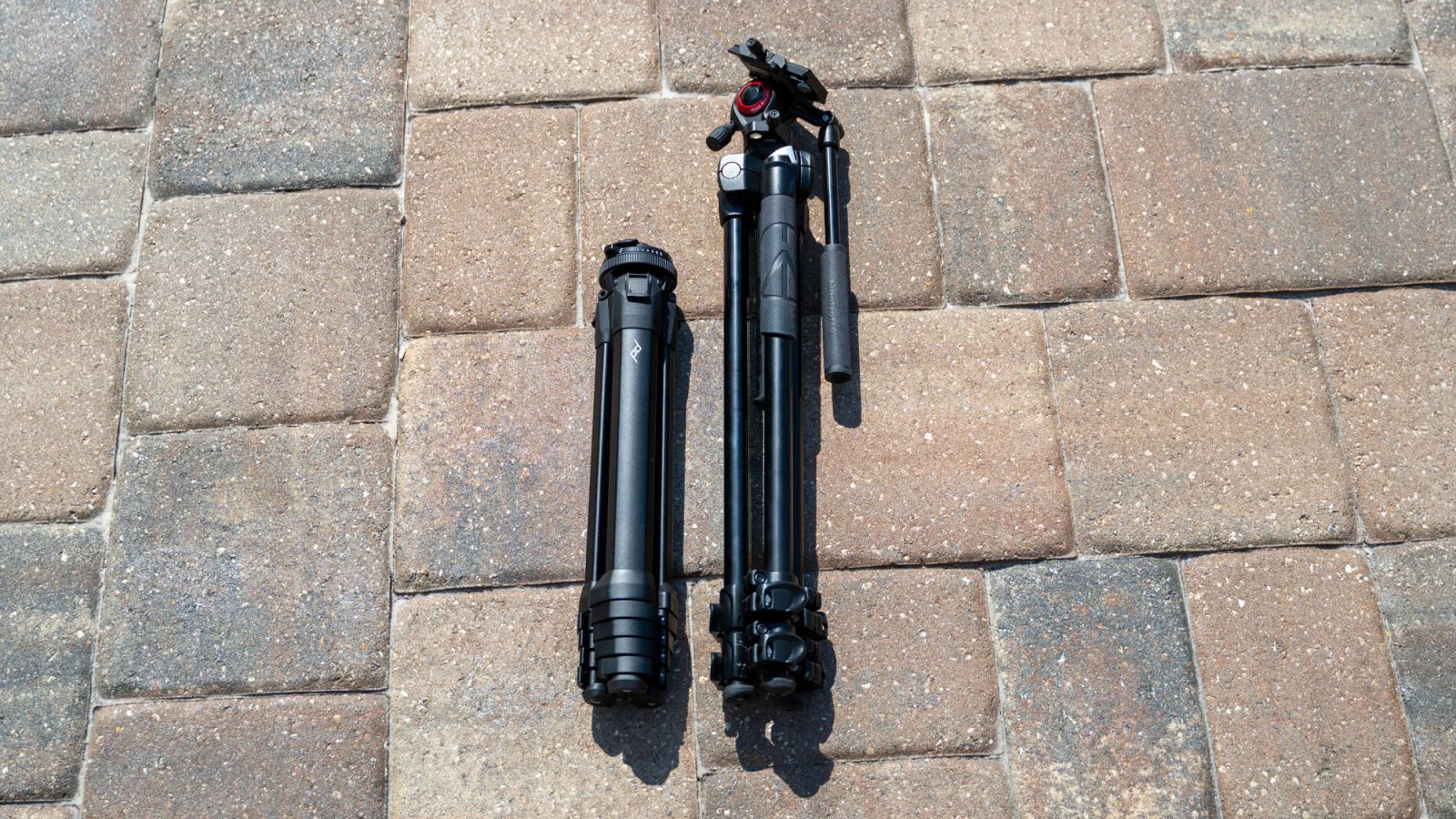 Tripods can be big, clunky, and heavy. I’ve owned my fair share and lugged around quite a few through different trade shows and on different vacations. Though I generally stick to my monopod these days when going for a more run-and-gun setup, nothing beats a sturdy tripod. In comes the Peak Design Travel Tripod, replacing quite a few of my old models with one super compact and versatile offering.

Normally, I have a go-to tripod and go-to monopod. When I would reach for a tripod, generally I’d grab my Manfrotto 290 with the Befree Live fluid head. For a monopod, I use the Manfrotto Xpro Monopod with 500-series Video Head (MVM500A). The monopod is great for portability, but not super stable. The tripod is awesome for stability, and while on the smaller side, isn’t as ultra-portable as I would like it to be. 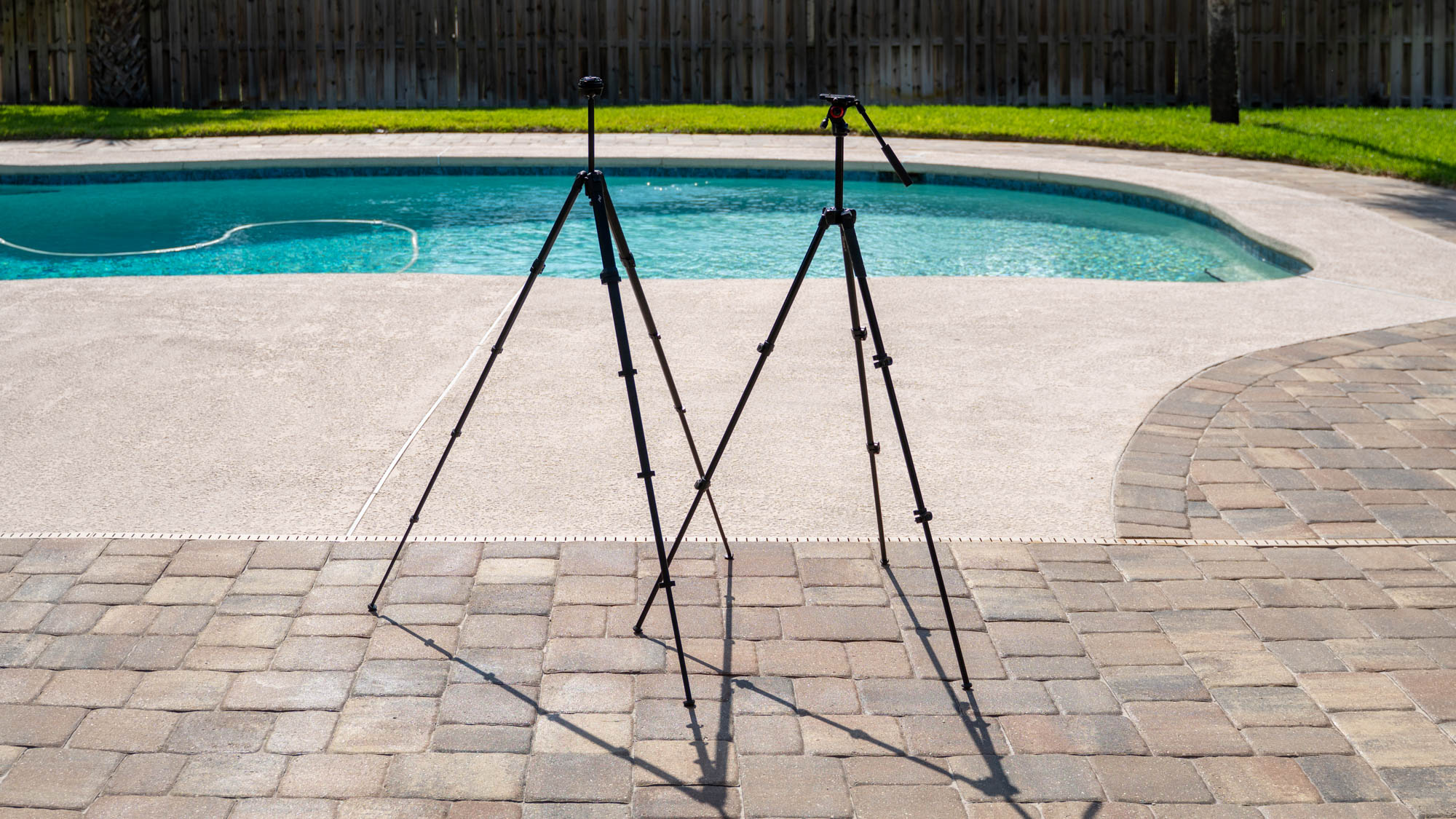 You’ll find that the Peak Design Travel Tripod is around 3.25-inches in diameter and 15.25-inches long when stored, and it extends to something that stands 58.5-inches tall, and in “low mode”, you’ll be able to get as low as 4.5-inches off the ground for unique shots. For comparison, the average water bottle is around 3.25-inches around. Weight wise, it depends on which model you pick up. If you get the aluminum alloy one as I have, it’s 3.44 pounds. The carbon fiber model will weigh in at about half a pound less, or 2.81 pounds.

Perfect for photos and still videos from your camera or smartphone

The Peak Design Travel Tripod is geared mainly toward photographers and talking head videographers. That is to say, it’s not going to give you buttery-smooth pans for video. The ball head locks in place securely and is great for capturing stills and stationary video. 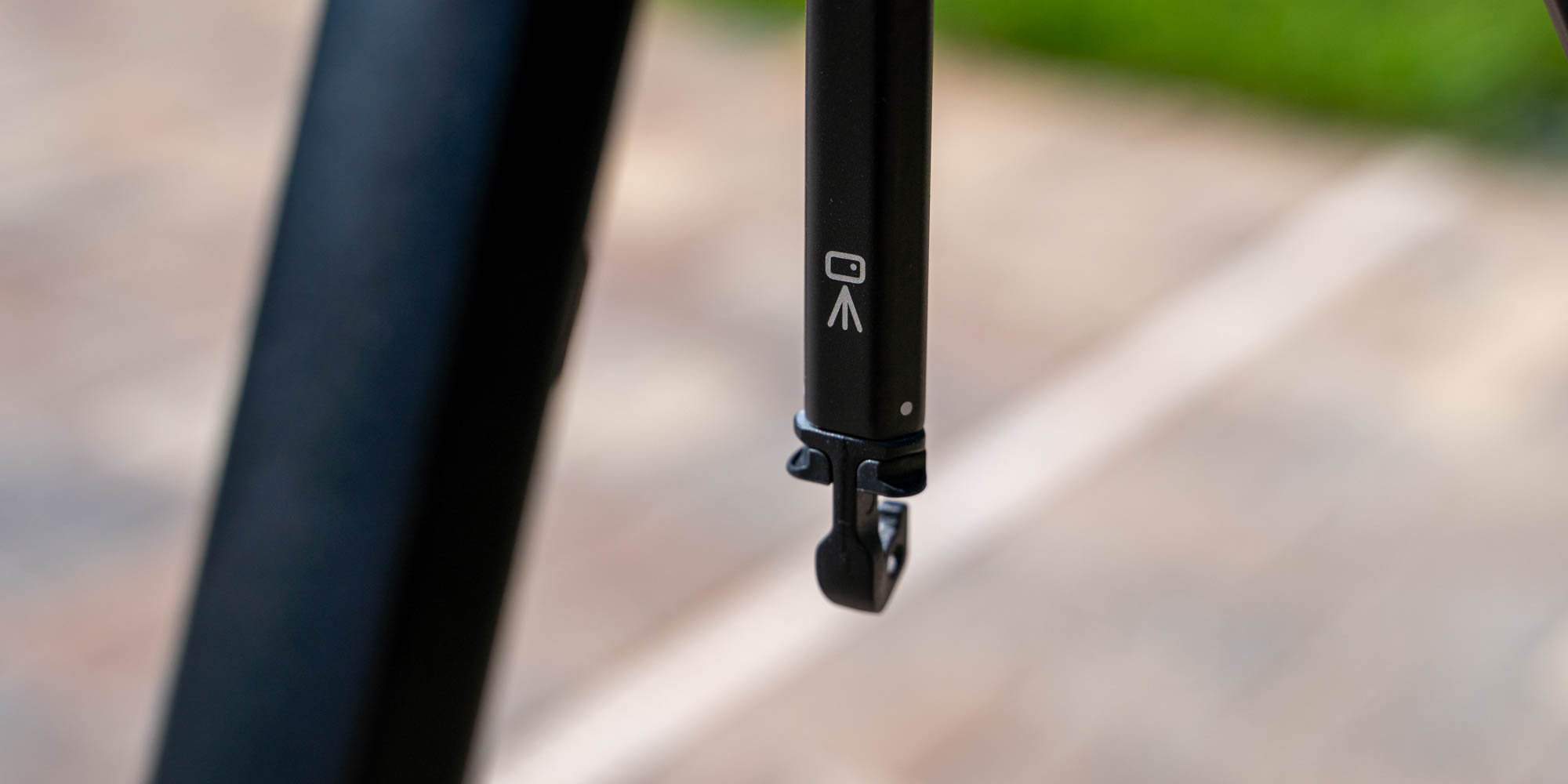 In the center column, you’ll find a hidden phone holder. It mounts right to the top of the tripod, and easily holds just about any size phone. One thing I always hated when traveling was I’d have to have a separate phone holder and camera mount for my tripod, and carrying both could be somewhat cumbersome. The Peak Design Travel Tripod changes that by incorporating both, which is a design I’ve always wanted but never knew I wanted until now.

The strike plate of the Peak Design Travel Tripod is simple and square, latching in securely whether you tighten it or not. After your phone or camera is latched to the tripod’s head, you can spin a dial and tighten it down making sure that you’ll not accidentally release it. 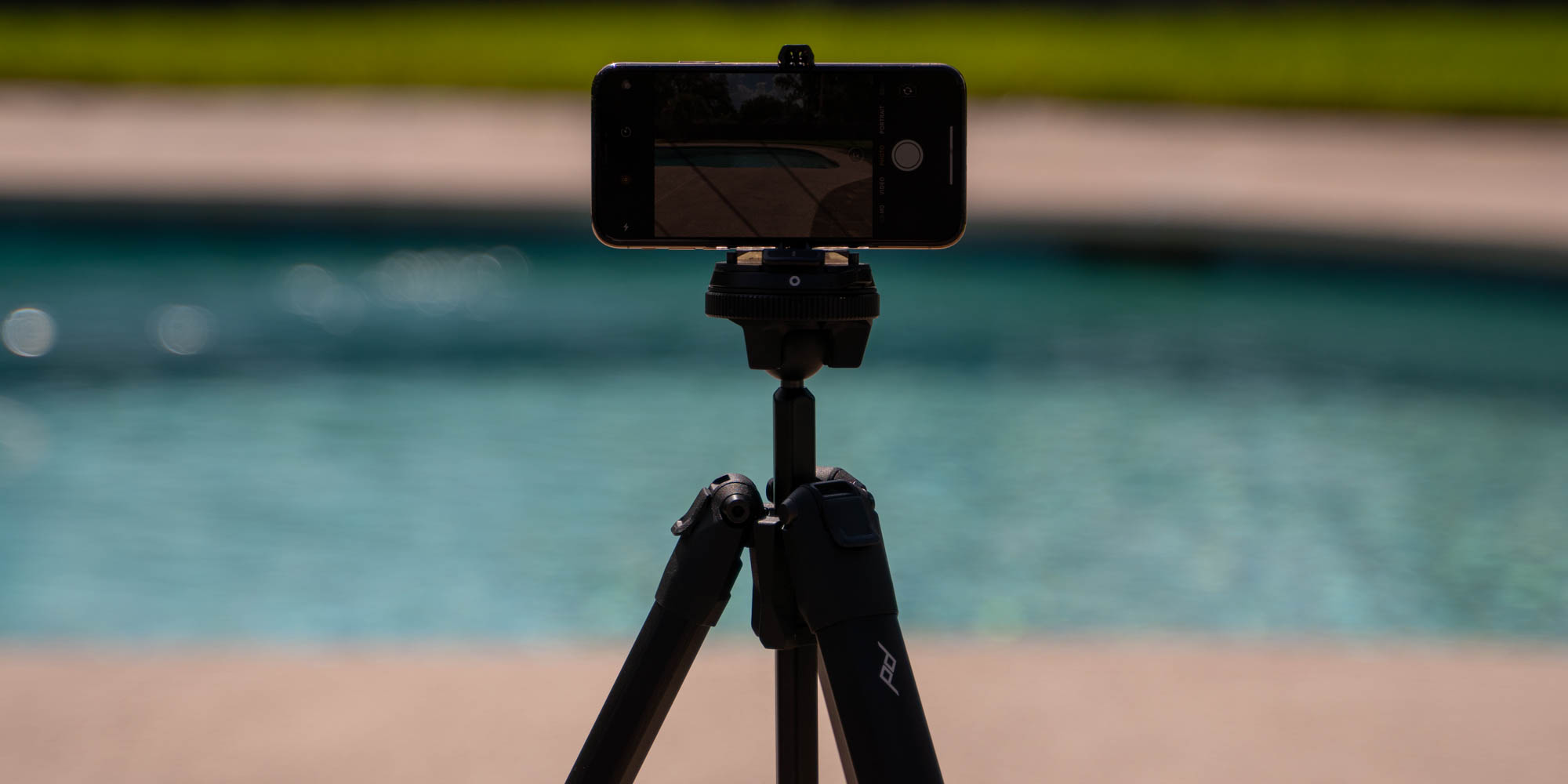 There’s another dial below that one which controls the tightness of the ball head. Spin it a little and you’ll gain quite a bit of movement, allowing you to position your camera or phone in one of just about an infinite number of ways. A quick spin of the same dial locks the head down to the point where I couldn’t move it even if I tried, meaning your gear is secure and not going anywhere. The ball head can support up to 20-pounds, and with the built-in hook on the center column, you’ll be able to anchor the tripod in place for extreme stability.

Setup and breakdown are super simple too. You’ll find the cams on the 4-section legs open and close with ease, and you can easily open one or all of the sections with one movement. This lets you control how tall the tripod goes, and once it’s deployed, the center column can raise a bit to allow you to get as high as needed. 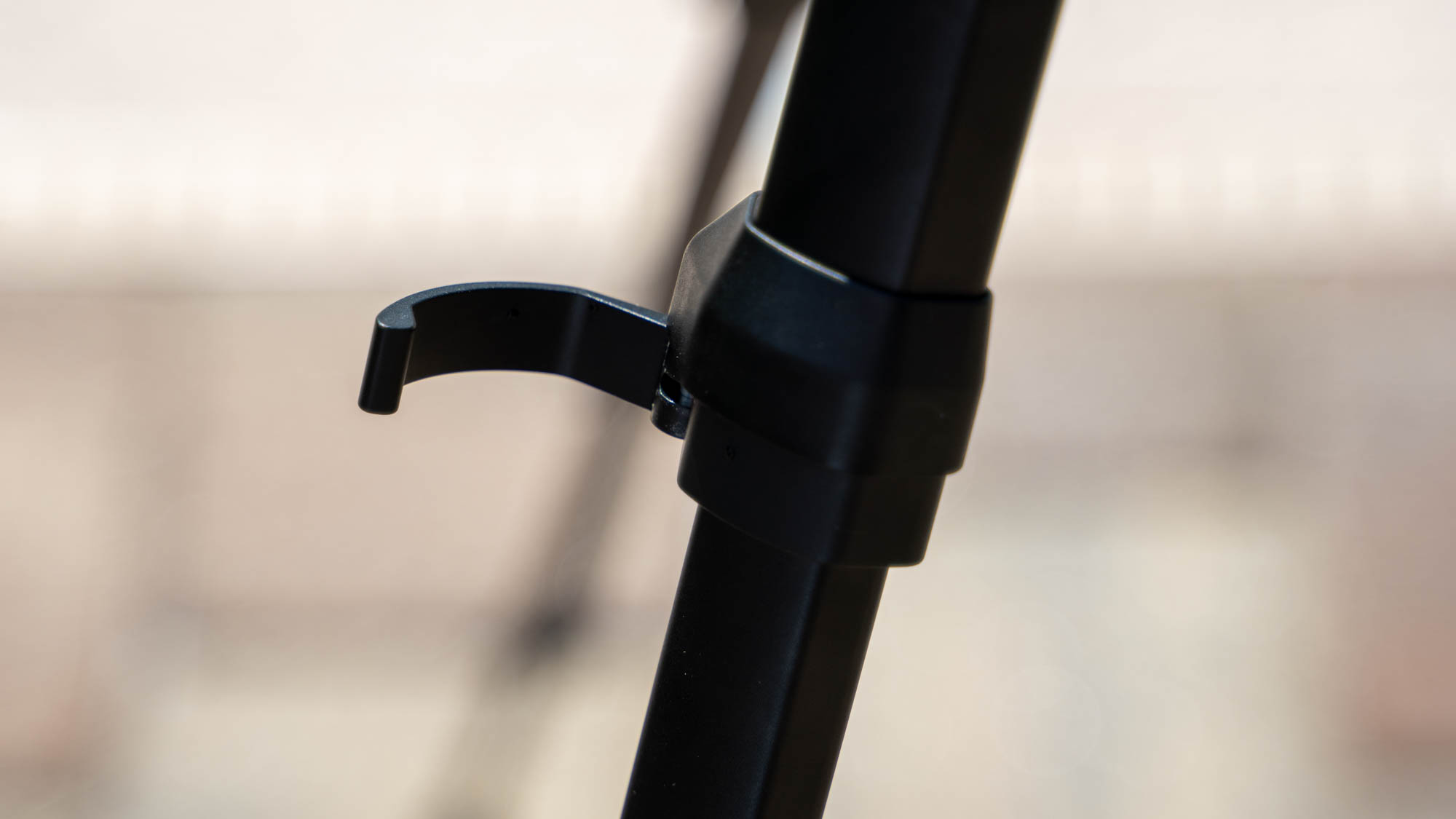 The Peak Design Travel Tripod comes in at $349.95 for the aluminum and $599.95 for the carbon fiber. As a special Kickstarter promotion, the aluminum will run you $289 and the carbon fiber is $479, with the crowdfunding campaign ending in July. If you want the best price on the most portable tripod yet, get in before they sell out as this one will go quick.