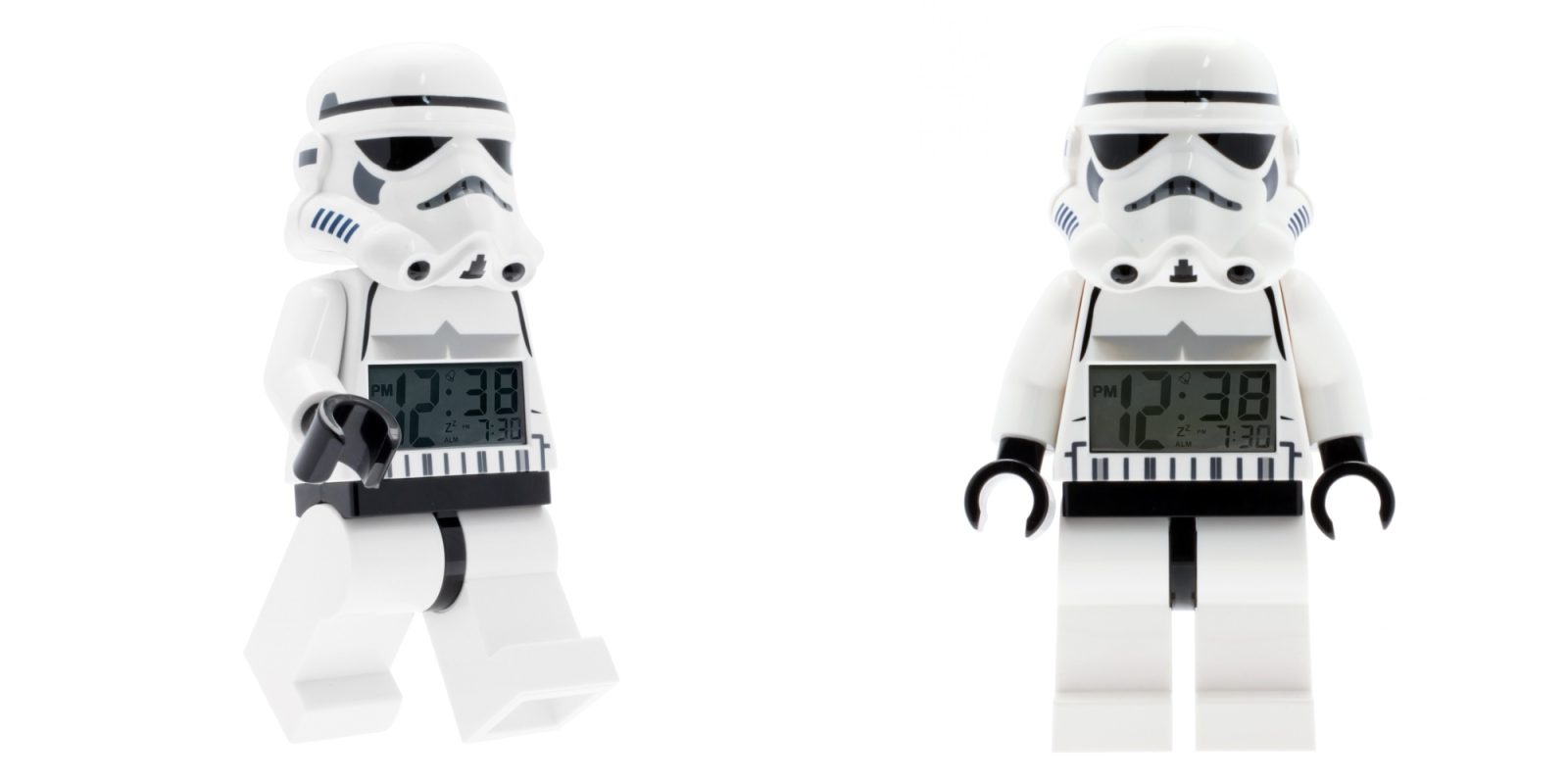 Amazon is currently offering the LEGO Star Wars Stormtrooper Minifigure Alarm Clock for $13.99 with free shipping for Prime members or in orders over $25. Also available at Walmart for the same price. Normally selling for $23, that’s good for a 40% discount and a new Amazon all-time low. For comparison, it still fetches its original retail price of $30 direct from LEGO. Standing over nine-inches tall, this official LEGO Alarm Clock takes the form of a Stormtrooper minifigure. It features a digital clock built into the torso and is fully posable, just like a real minifig is. Rated 4.6/5 stars from 385 customers.

Another great piece of LEGO Star Wars memorabilia to show off your love of the Empire is this Stormtrooper LED Key Light. If you’re not a huge fan of the alarm clock, this $12.50 option is a nice alternative to keep in your bag or have on your keychain.

Feel the power of the dark side at home with the LEGO® Star Wars™ Stormtrooper Minifigure Clock. The policing soldiers of the Galactic Empire, Stormtroopers wear white armour which is fitted with a range of survival equipment and temperature controls meaning they can survive most environments. They are the main backbone of the Imperial Military trained for total obedience under Emperor Sheev Palpatine and the Imperial Regime. Stormtroopers are loyal to the Emperor, defeating his enemies and obeying his laws. Stormtroopers wield blaster rifles and pistols with great skill, and attack in hordes to overwhelm their enemies.

Get this deal
$23 $14
You’re reading 9to5Toys — experts digging up all the latest technology and lifestyle deals, day after day. Be sure to check out our homepage for all the latest news, and follow 9to5Toys on Twitter, Facebook, and LinkedIn to stay in the loop. Don’t know where to start? Check out the best Apple deals, our daily podcast, and subscribe to our YouTube channel