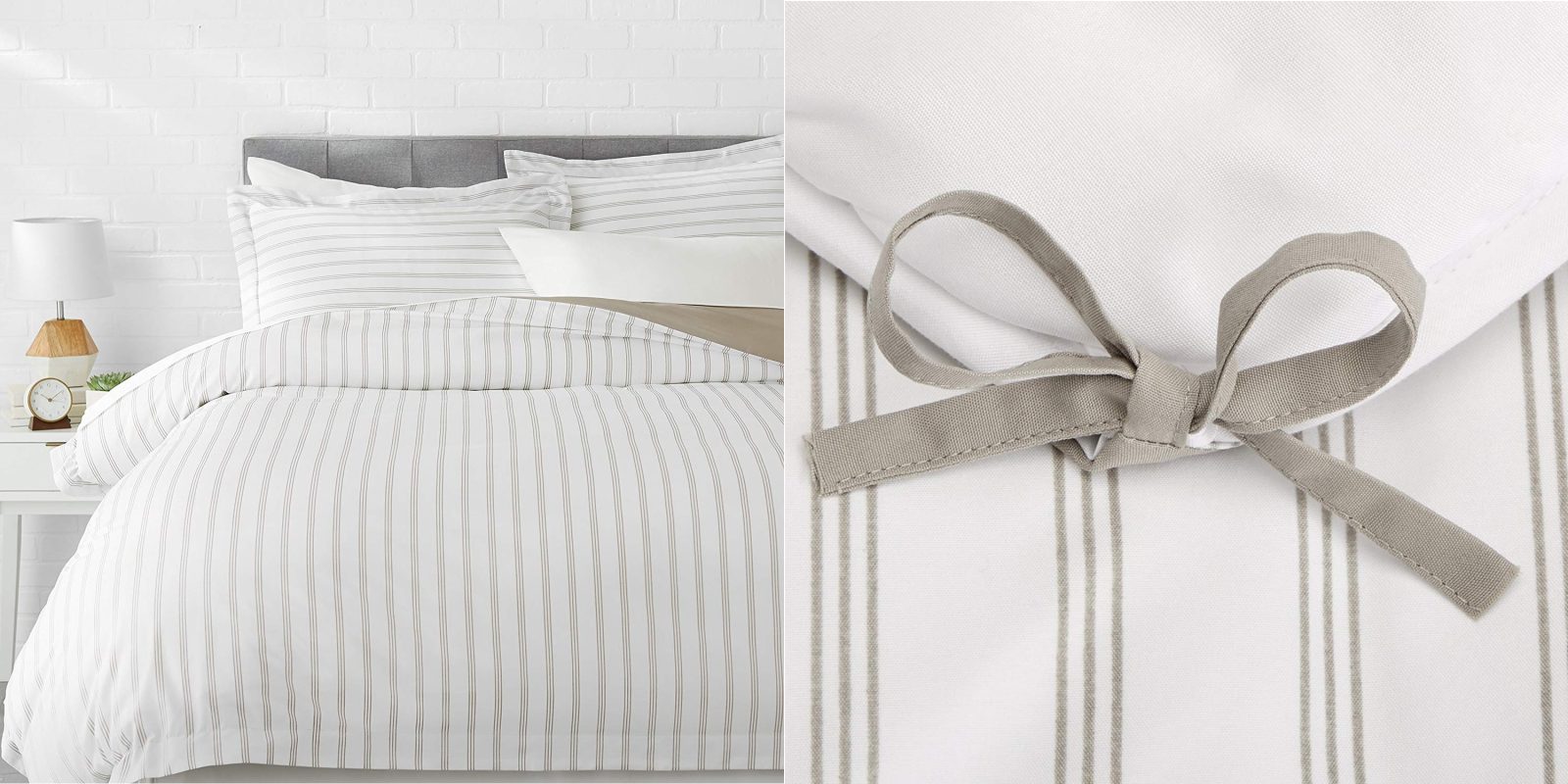 Amazon offers its AmazonBasics Full/Queen Microfiber Duvet Cover Set in Taupe Stripe for $15.33 Prime shipped. Regularly $23, it had been steadily dropping in price before dropping to the lowest it’s been at Amazon. It includes the duvet cover plus two shams for standard pillows. This color scheme is also nice for summer with its fresh, clean look. Rated 4/5 stars from nearly 1,800 shoppers. Head below for more summer bedding deals at Amazon.

For the kiddos, Pottery Barn’s new Toy Story 4 Collection may be worth checking out. It not only includes bedding, but also backpacks and beach time essentials.