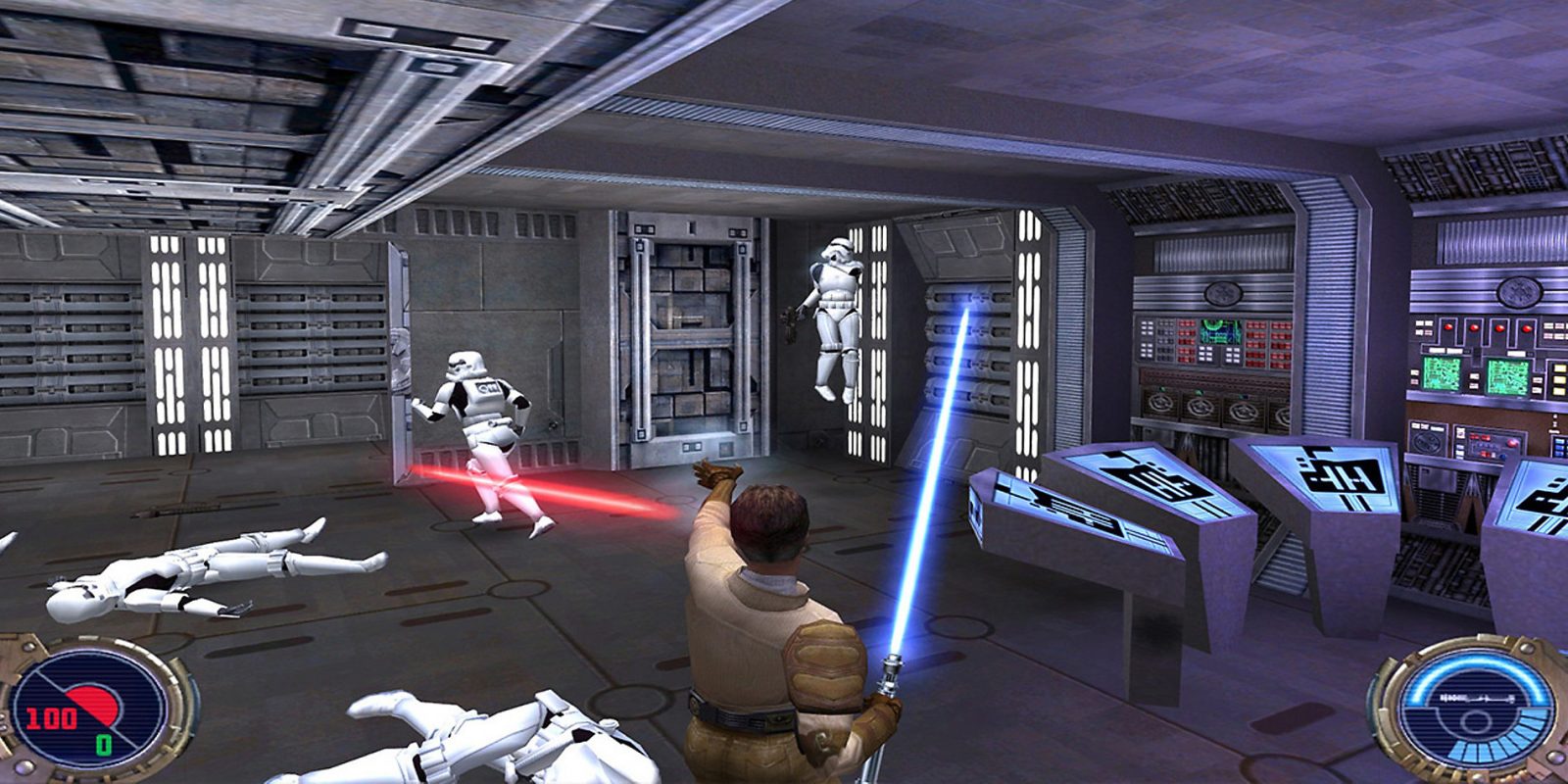 While some of the modern franchise game adaptions have been less-then-stellar, many of the classic Star Wars games are still beloved to this day. We are all eagerly awaiting the launch of Respawn’s Star Wars Jedi: Fallen Order in November, but Jedi Knight II has just been re-released on Switch and PS4 to hold us over. Hit the jump for more.

Star Wars: Jedi Knight II: Jedi Outcast originally released back in 2002 on all major platforms. The first and third-person action game was a sequel to the original Jedi Knight title and before that, Dark Forces. So it is unclear why just Jedi Knight II is being released on modern consoles, although we are expecting to get Jedi Academy next year as well. Nonetheless, Jedi Knight II is now available as a digital download on PSN and eShop.

While it might not be the most popular of the classic Star Wars games, it was quite well-received at launch. The game puts players in the shoes of Kyle Katarn as he attempts to repair severed ties between himself and the Jedi. It is essentially a first and third-person action game that is focused around both ranged and melee combat. Along with your lightsaber and a series of Force powers, you’ll also be making use of blasters to take down the Dark Jedi Desann and his followers. You can read more about the game right here. 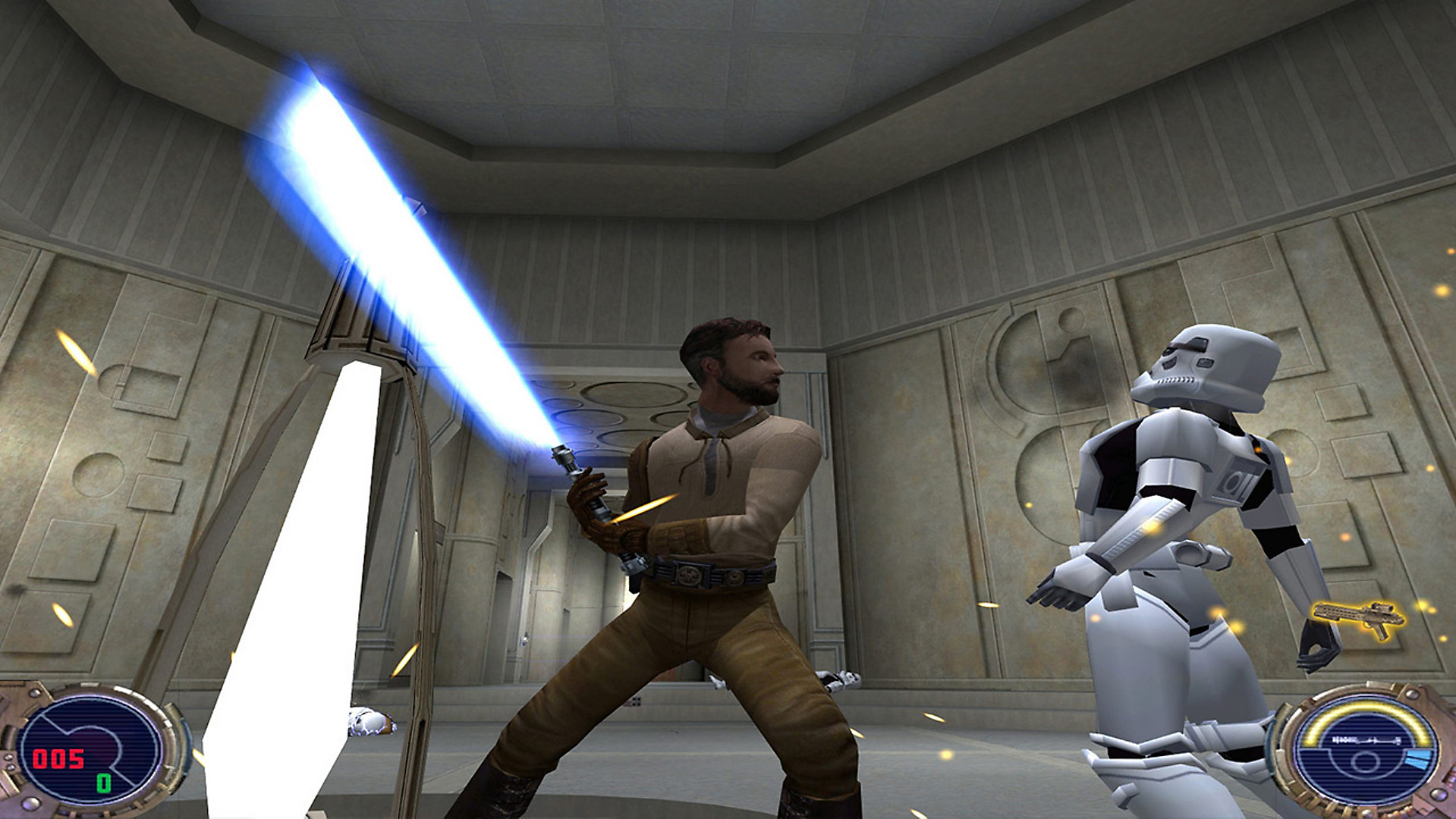 Star Wars Games But Not Quite Remakes:

One thing to point out here is that this is not only among the classic Star Wars games, it also still looks like one. Today’s re-release is by no means an overhaul of the original experience. It is just a port of the 2002 release with some minor adjustments for new controls. There are no audio upgrades or visual enhancements of any kind here as far as we can tell. The PlayStation 4 version features “modernized controls and trophies” while on the Switch you’ll making use of motion controls for aiming and things of that nature.

A complete overhaul — something like that fantastic Resident Evil 2 remake — would have been exciting. But keep in mind, it took quite a while to develop RE2, and it released at $60. You can relive your childhood Jedi memories on Switch and PS4 for just $9.99 here. So while it still features that blocky 3D look of the early 2000’s, it is also an affordable way to jump back into the classic Star Wars games. And one that hasn’t seen a proper console release in over ten years at that.